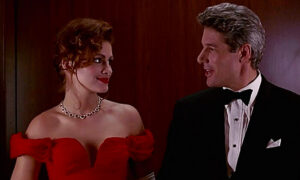 Film Review: ‘The Nutcracker and the Four Realms’: Guilty of Extreme Lushness

There are a few stories of people falling asleep on Christmas Eve and dreaming fantastical dreams. “The Nutcracker” is one of them. “The Dream Song of Olaf Asteson” is another.

Now there’s a new “Nutcracker” tale. It would appear to be an attempt to repeat the success of Disney’s 2009 telling of Charles Dickens’s “A Christmas Carol,” starring Jim Carrey, which was an instant Christmas classic.

The latest “Nutcracker” opens in a similarly lush, Victorian London, panned with a swooping CGI “camera.” And then it just gets more lush, with lushness on top of baroque CGI lushness, to the point of gagging.

There are some scenes and set pieces of a rare and haunting beauty, and had the rest of the film matched these—minus about eight-tenths of the lushness, plus a far more compelling storyline—Disney would have had a new Christmas classic. The Jim Carrey film you’ll watch every Christmas Eve; this “Nutcracker,” maybe once.

Mackenzie Foy plays Clara, a tween coming up on her first Christmas following the death of her mother. Her father (Matthew Macfadyen indicating “heavy grief” acting-wise),

badgers Clara to attend the Christmas party put on by her godfather, Drosselmeyer (Morgan Freeman with piratical eye-patch and a sort of bad, 17th-century, Afro wig).

Then, it’s off to the races with overblown, Hollywood-style enhancing and embellishing and riffing and too-much-ing on a known classic, with every imaginable thing plus the kitchen sink, and CGI on top of CGI. Like too much Christmas candy (Sugar Plum Fairy’s hair is cotton candy), it’ll make your teeth hurt.

Godfather sends Clara off on an adventure that starts off exactly like “The Lion, the Witch, and the Wardrobe,” but where the portal to another, wintry dimension is accessed through a dead tree instead of a wardrobe.

This would be the Four Realms. Can you say (Land of Oz’s) Munchkins, Gillikins, Quadlings, and Winkies? This, for me, was the highlight of the movie, with talk of how these different time-spaces have their own times, with some times running faster than others. It has nothing to do with the story whatsoever; but, you know, cool. I like time-space talk.

the Realm of Flowers, run by Hawthorne (Eugenio Derbez),

and the Realm of Sweets, ruled by Sugar Plum (Keira Knightley in an over-the-top, “I’m in a high school play!” mode.)

Lastly, there’s the Realm of Amusements, run by one Mother Ginger (Helen Mirren looking like the sister of Jason from “Halloween”). This is the other part of the movie that works, visually, with a dark, eerie forest of twisted trees, red toadstools, and a looming-out-of-the-mist, pink-orange Coney Island-like funhouse, home, among other things, to a troupe of acrobatic doll-clowns.

Well, so, Clara’s mom was the queen of the Four Realms. I think. And since she’s not there, a civil war starts up. Lots of tin soldiers come to life on a scientifical dais featuring a laser-beam thingy looking like a blue-raspberry version of the “Alien” mothership cockpit.

“The Nutcracker and the Four Realms” is a gaudy mess. The only thing really worth watching is the teasingly short section of brilliant ballerina Misty Copeland dancing.

Better they should have returned, wholesale, to tradition, and just filmed Copeland dancing the magical, nostalgic Tchaikovsky Christmas music we all know and love.

Now, if you want to experience some real (Norwegian) folk art of vastly mystical Christmas potency, a tale of spiritual enlightenment—of winding moonlit paths in dream realms, of bridges in the misty heights guarded by snapping hounds, of the rushing of subterranean rivers heard with spiritual hearing, with the most haunting description of souls burning karma in hell ever, and the hope of a savior—read “The Dream Song of Olaf Asteson.” This is the Christmas movie I’m waiting for. Let it not be lush.