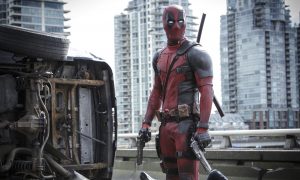 Film Review: ‘My Octopus Teacher’: A Love Letter to the Perfection of Nature

I have intense arachnophobia—I hate anything that’s got eight, fast-moving legs. This fear used to extend to the similarly eight-legged octopus. Then, one day my brother brought home some octopus sushi and ate it. I forced myself to try a piece. Tasty! My horror of the octopus family instantaneously evaporated. I began to find octopi fascinating, hilarious, and adorable. Thanks to the stunningly beautiful documentary “My Octopus Teacher,” I now love them.

What’s become apparent via a myriad social media posts is that the vast majority of animals enjoy a good animal-human cuddle. My favorite is a leopard enjoying a head-scratch, using its giant paws to maneuver its hooman’s hand: “More scratches on this spot here please,” all the while emitting industrial-strength purring, like an idling Camaro.

What this film reveals is that a wild octopus (which is a mollusk, basically a shell-less snail) is unbelievably intelligent, and also likes a good human-cephalopod cuddle. Which makes you wonder whether there isn’t something to the Buddhist concept that many animals are really incarnated human spirits who got shunted down a few levels due to an overabundance of karma.

Told from South African filmmaker Craig Foster’s perspective, “My Octopus Teacher” is about his transformative relationship with a common octopus that he discovered living in a little rock cave near the beach bungalow where his family stayed when he was a child. Foster had spent countless hours playing in the nearby tide pools and diving in the shallow kelp forests that are home to a vast array of marine flora and fauna.

This is the first documentary to chronicle almost the entire lifespan of a solitary ocean-dwelling animal, and in so doing, describes the storyteller’s personal healing (due to that animal) as well as showcases animal behaviors previously unknown to even marine biologists.

The story kicks off in an area off South Africa’s Western Cape. The ocean is primal and powerful there, but the otherwise dangerous currents are thwarted by a thick kelp forest that creates a relatively calm sanctuary. The water however, is freezing—below 50 degrees Fahrenheit.

It’s this rare, challenging world that Foster hopes will cure his midlife crisis. He outdoes Navy SEALs by free-diving and snorkeling in swim trunks, without the use of a rubber wetsuit or scuba breathing apparatus. As he says, one eventually comes to crave the invigorating cold, which “upgrades the brain.” He also doesn’t want to disturb the environment or impose his presence in any way.

Foster explains that he turned to diving, one of his main childhood joys, when he came to this crossroads. He’d burned himself out as a filmmaker—physically, emotionally, and mentally—and was unsure of his next step in life. He had nothing left to give in art or in his human relations. The desire to heal himself, in order to be a strong presence in his son Tom’s life, led him to this drastic measure of what archetypally is an extended, underwater, oceanic version of a vision quest.

A vision quest was the boyhood-to-manhood rite of passage for most Native American tribes. It’s four days and four nights in a 10-foot circle, with no food. For modern folks, that’s also no phone, no computer, no books, no writing utensils, no tent, and no people around. Uncomfortability and deprivation are paramount. In the silence, nature teaches the quester.

In one of his early forays, Foster sees a strange-looking cluster of shells sitting on the sand. As he observes, suddenly—poof!—an octopus, which had been using all of its 2,000 suction cups to hold all those mini-shields in place around its body, drops them all at once and explodes away in search of another hiding place. Who knew an octopus could do such a high-intelligence thing?

Foster’s interest quickly grows—so many fascinating mysteries to learn about, so little time. He decides to visit this kelp sanctuary, and in particular this one little rubbery, shape-shifting, color-changing denizen, on a daily basis.

Soon, Foster’s inspired to pick up his camera again and start filming, and the resulting footage in turn inspires directors Pippa Ehrlich and James Reed, as well as his buddy and cinematographer Roger Horrocks, to eventually get in on the action for a year and a half, resulting in this wondrous tale.

Early on, Foster fumbles and drops his camera, which scares the daylights out of the octopus; it flees and disappears. Luckily, Foster had spent time in his youth around Kalahari tribesmen master trackers and is able to track the barely noticeable, telltale signs of octopus activity, tiny remnants of crab meals and such, to find it again—living in a new cave.

There’s more than a little resemblance between the octopus and Spielberg’s “E.T.,” as they are both brownish and a bit homely. But discoveries and surprises abound, such as the myriad of shapes and colors the octopus can morph into for camouflage. It can produce tiny hornlike spires on top of its eyes, as well as twirl its legs into little ornamental spires.

There’s octopus crab-hunting, and octopus-on-land escapes from sharks. There’s the at first incomprehensible flinging up of the arms at schools of fish. What is that? That’s an octopus playing with fish is what that is. There’s a learning curve we get to observe as the octopus figures out how best to trap tricky-to-catch lobsters.

There’s also nail-biting drama as an encroaching pyjama shark (so named because of its stripes) causes the octopus to pull its seashell-shield move, which almost works, but which then calls for a subsequent kung fu move of maneuvering up on top of the shark’s back and rodeo-riding around up there, undetected. You can almost hear the shark going, “Where’d that sneaky piece of lunch disappear to?” while wearing an octopus on its head.

Of course, instances such as the above-described scenario are due to tinkered-with, re-created action, enhanced and somewhat emotionally dictated by the movie’s musical score. The glass-half-empty take would be that this is artificial and manipulative; the glass-half-full take is that it’s dynamic storytelling.

The octopus’s level of intelligence is a revelation. Its abilities for camouflage and survival are nothing short of amazing, and its trust in Foster—especially when it reaches out a little tentacle to gently touch his face—may make you tear up.

The hypnotic imagery of this ecosystem is enchanting, especially the shots looking up from the sandy ocean floor, past the tall silhouettes of treelike kelp, to the eternally rippling surface, which looks like the Milky Way in motion.

Foster’s specific reasons for feeling personally and professionally lost are left somewhat unclear, and therefore we’re also left a bit clueless as to how his close encounter of the octopus kind specifically changed his emotional, psychological, spiritual, and familial circumstances, other than he felt less self-involved and more able to put others’ needs first.

But it matters little. “My Octopus Teacher” is a reminder of how ridiculous it is for humans to be bandying about concepts of inhabiting Mars when we know so little about the miracles of life right under our noses. Especially using the long outdated and flawed-from-the-start Origin of Species theory, and our self-involved notions of how high the human rung on that cockamamie evolutionary ladder sits.

Most of all, “My Octopus Teacher” is a crazy, octopus-appreciation 101, love letter to the perfection of nature, so mind-blowing that it leapfrogs all Darwinian foolishness and points straight to the Creator.