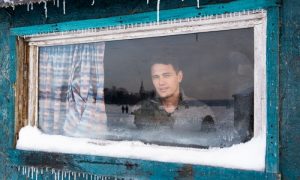 Mr. Marvel Comics himself (the real Captain Marvel)—the venerable Stan Lee—is given a nice send-off at the outset of “Captain Marvel,” and then a two-hour slog of blah, meh, and feh is foisted upon one. Yet as of this writing, it’s the most popular superhero movie opening to date, with $455 million worldwide.

Carol Danvers, Captain Marvel (Brie Larson), was one of the rarified, early-days female Air Force pilots (which means some “Top Gun”-type scenes). Then she crashed and burned, and was turned into a Kree named Vers.

What’s a Kree? A green-and-gray-superhero-suit-wearing people, headed up by Starforce commander Yon-Rogg (Jude Law), responsible for keeping order in the universe. As opposed to another race: the greenish-skinned Skrulls, who look like pointy-eared Tolkien orcs.

Yon-Rogg is doing some Yoda-like kungfu-ish training of Carol. He would like her to get proficient at fighting without using her blue, electric-looking superpowers that she apparently got from standing too close to this, this blue, electricity-radiating cube, that’s apparently good for something. Probably universe-dominance.

When she’s good to go, Danvers heads back to Earth to Hulk-smash some Skrulls. Who decides she’s ready? The computer-generated Supreme Intelligence (Annette Bening).

The Skrulls’ fearless leader (Ben Mendelsohn) can shape-shift, sort of like a “Transformers” version of an orc or a “Mission Impossible” latex mask, and so you’re never sure who’s talking, him or disguise.

And Nick Fury and Phil Coulson of S.H.I.E.L.D. are here. (Samuel L. Jackson and Clark Gregg, respectively, are both young-ified with CGI, so this is two-eyed Fury back before the eye patch happened, with the addition of a terrible toupee.)

And so, these two are in pursuit of Carol Danvers, as she, dressed in her Kree gray-green paintball suit, shows up in a mid-1990s L.A. setting, replete with Blockbuster Videos and RadioShacks, and the action is wreathed ’round with catchy tunes of the day (Nirvana, Hole, etc.)

The movie just looks cheap overall. Captain Marvel has one of those forearm-situated computer readouts, like the Predator has, but it functions like something you’d find in a Walmart toy section.

“Captain Marvel” is related more to the “Guardians of the Galaxy” side of the Marvel-verse; lighter fare, but not quippy like “Deadpool.” It’s a fair bet to say that Samuel L. Jackson provides 99 percent of the chuckles here, but then, he does that in just about any movie he’s in. Why is this movie suddenly a financial blockbuster? The only blockbuster-ness it warrants is the one Captain Marvel crash-lands in.

Most likely because this is the second-only female lead other than Wonder Woman. Which is a good thing. But also probably because the Marvel-verse has become an addiction, and quantity is winning out over quality. Which is a bad thing.