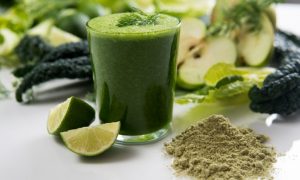 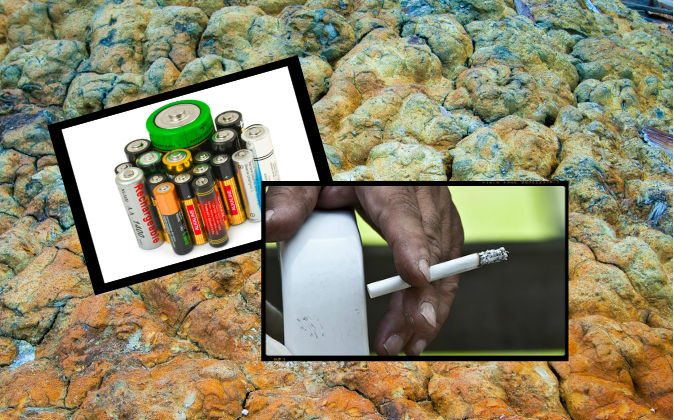 Cadmium is used to make batteries and
Good to Know

High exposure to the toxic metal cadmium could prematurely age cells, potentially triggering a number of diseases as people age, according to a new study.

In a large national study, high exposure to cadmium was linked to shorter telomeres, “bits of DNA that act as caps” on chromosomes to help stabilize genes, said Ami Zota, a George Washington University assistant professor of environmental and occupational health who led the study. Shorten those caps too much, and cells weaken, leading to diseases.

The study is the largest to examine to examine links between cadmium and cell aging in people and suggests that exposure to the heavy metal could play a role in chronic illnesses, such as heart disease and kidney disease.

Cadmium is naturally occurring on Earth, but it is also produced to make batteries and coat iron and steel. People are exposed to cadmium through contaminated food, tobacco smoke and polluted air near industrial areas.

“Our data are consistent with prior evidence that cadmium exposure can elicit measurable, harmful effects on biological health even at levels well below the current safety standards used by environmental and occupational agencies,” Zota wrote in the study, published in the American Journal of Epidemiology last month.

It is a strong study that used “a huge number of samples for environmental health research,” said Andrea Baccarelli, an epidemiologist at the Harvard School of Public Health who was not part of the study.

“Our data are consistent with prior evidence that cadmium exposure can elicit measurable, harmful effects on biological health even at levels well below the current safety standards used by environmental and occupational agencies.”

Using information from a national survey conducted from 1999-2002, Zota examined the cadmium in more than 6,700 people’s blood and urine, and also looked at their DNA samples. She divided the participants into four groups based on how much cadmium was in their blood. People in the highest group had telomeres about 5.5 percent shorter than people in the lowest group.

She did the same for urine concentrations and found the highest group had telomeres about 4.5 percent shorter than the lowest group.

“Cadmium stays in the body for decades,” said Josh Edwards, an associate professor of pharmacology at Midwestern University who was not involved in the study.

It has a “biological half life of 30 years or so in kidneys,” he added.

The study participants’ levels were about what is commonly seen in people, Zota said.

“We’re looking at environmental level exposures in the general population. The majority [of those in the national survey] were not exposed because of industrial sources or occupational sources,” Zota said.

The average levels in the population at which researchers saw effects were about 10 times lower than some of the World Health Organization’s levels of concern for cadmium, Zota said.

Telomeres naturally shorten as people age. It’s impossible to tell from this study if cadmium exposure causes telomere shortening or if people with shorter telomeres have a higher risk of accumulating cadmium, Baccarelli said. “It’s hard to prove whether it’s one way or the other,” he said.

However the metal has been associated with inflammation, oxidative stress and the inhibiting of DNA repair – all of which could promote telomere shortening. Previous health studies have linked cadmium exposure to chronic kidney disease, diabetes and heart disease.

Lead also has been linked to chronic diseases but no association was found between the toxic metal and shorter telomeres in Zota’s study.

Zota said some possible next research steps might be to examine how other environmental toxics associate with telomere lengths, and how cadmium and other toxics impact early telomere development.

*Images of “batteries” via Nikolai Sorokin/Thinkstock, “smoking” via Michael Himbeault and “mud background” via Rod Simpson/Thinkstock