FDA Warns Puberty Blockers May Cause Vision Loss in Children 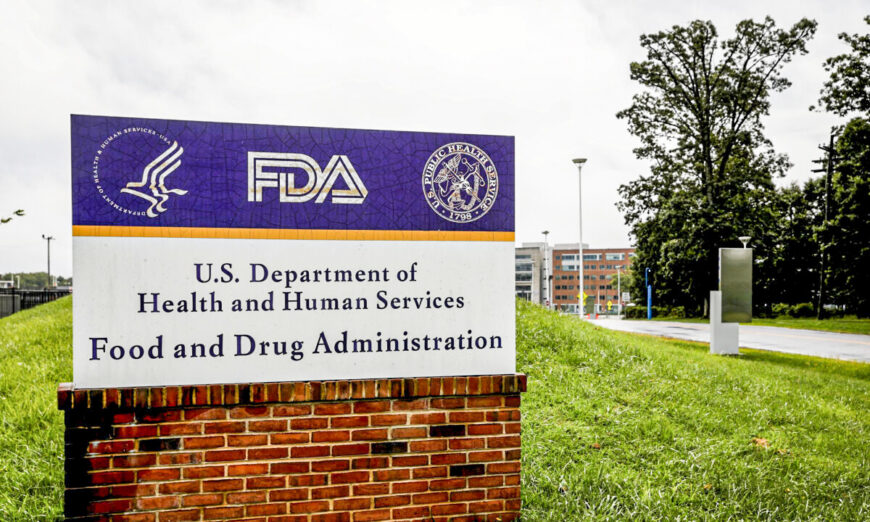 Signage is seen outside of the Food and Drug Administration (FDA) headquarters in White Oak, Md., on Aug. 29, 2020. (Andrew Kelly/Reuters)

The U.S. Food and Drug Administration recently added a warning to the labeling of gonadotropin-releasing hormone (GnRH) agonists—also referred to by many as puberty blockers—saying the drugs may cause a series of symptoms in children that include headaches, pressure buildup around the brain, and vision loss.

The warning, announced by the agency on July 1, says there is a risk of pseudotumor cerebri in children who take GnRH agonists.

Pseudotumor cerebri, or idiopathic intracranial hypertension, is when the fluid around the brain and spinal cord builds up in the skull for no obvious reason, causing high pressure that affects the brain and the nerve in the back of the eye, the optic nerve.

“The new warning includes recommendations to monitor patients taking GnRH agonists for signs and symptoms of pseudotumor cerebri, including headache, papilledema, blurred or loss of vision, diplopia, pain behind the eye or pain with eye movement, tinnitus, dizziness and nausea,” the FDA announced.

GnRH agonists stop the production of the hormones estrogen and progesterone that are involved in the physical changes a person undergoes during puberty. They are FDA-approved for the treatment of central precocious puberty—a condition where children experience premature puberty: in girls, this is before age 8, and in boys, before age 9.

GnRH agonists are also used to treat other conditions such as endometriosis, uterine fibroids, precocious puberty, and infertility.

The class of drugs is also being used off-label by some medical practitioners who prescribe them to children who experience gender dysphoria. The drugs can only be prescribed to children under 18 if the parents or guardians consent to the approach. Off-label means that GnRH agonists have not been approved by the FDA for this purpose.

The FDA had identified six cases that “supported a plausible association between GnRH agonist use and pseudotumor cerebri,” it said. The cases were identified via a risk assessment that included reviewing safety data submitted by GnRH agonists manufacturers, searching the FDA Adverse Event Reporting System, and conducting a literature search.

“Six cases were identified that supported a plausible association between GnRH agonist use and pseudotumor cerebri. All six cases were reported in birth-assigned females ages 5 to 12 years,” the FDA stated.

“Five were undergoing treatment for central precocious puberty and one for transgender care,” the agency said. “The onset of pseudotumor cerebri symptoms ranged from three to 240 days after GnRH agonist initiation.”

“The incidence rate of pseudotumor cerebri associated with GnRH agonist use in pediatric patients could not be reliably established due to the small number of cases and data limitations,” the FDA stated.

“The [FDA] considered the cases clinically serious and, based on these reviews, determined that pseudotumor cerebri (idiopathic intracranial hypertension) should be added as a warning and precaution in product labeling for all GnRH agonist formulations approved for use in pediatric patients,” an FDA spokesperson told Formulary Watch in May.