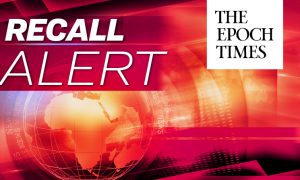 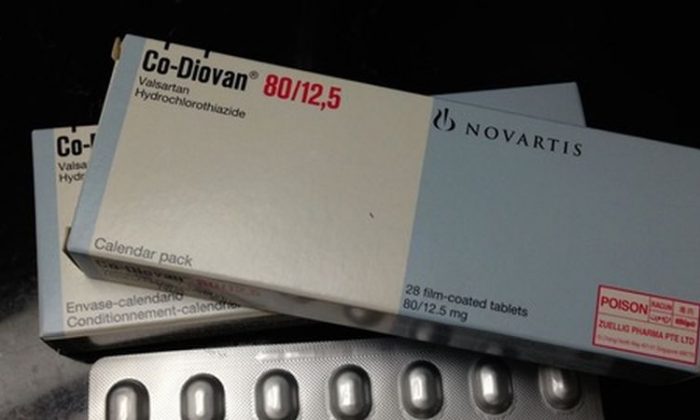 In this undated photo, the FDA has expanded its recall of valsartan which is found in certain drugs for heart and high blood pressure treatment. (NTD TV screenshot)
Health News

The U.S. Food and Drug Administration (FDA) issued a warning about a shortage of drugs used by millions of Americans to treat high blood pressure amid recalls of valsartan.

The drugs are known as angiotensin II receptor blockers (ARBs), said the agency in a warning last week.

Valsartan, losartan, and irbesartan drugs have been recalled after impurities were discovered that could pose a cancer risk. Valsartan-containing drugs have been the most impacted by the recalls.

In July, the FDA performed lab tests on valsartan-containing medications manufactured by a company in China, finding the presence of NDMA and NDEA, which are environmental carcinogens linked to cancer. According to the Environmental Protection Agency, NDMA is found in rocket fuel, lubricants, and other additives.

“These two substances are known environmental contaminants and found in water and foods, including meats, dairy products and vegetables. But their presence in drug products is not acceptable,” the FDA statement said.

The FDA has said that patients who take valsartan, losartan, or irbesartan should persist in taking them unless otherwise recommended by a pharmacist or doctor.

But, according to Woodcock and Gottlieb, they are both “deeply concerned” after learning about the presence of NDMA and NDEA.

The warning comes as a growing list of the drugs have been recalled from the market for containing an impurity that presents a cancer risk.

“Our analysis of NDMA found that the risk to patients based on the maximum possible exposure appears to be small. That doesn’t diminish our concern and our determination to find out how these impurities occurred in the first instance,” they said.

Meanwhile, the agency is committed to implementing new measures on quality standards so as to prevent such impurities from taking place in the drug manufacturing process in the future.

The issue surfaced in the summer of 2018 after the FDA was informed that API manufactured by Zhejiang Huahai Pharmaceutical Co. Ltd. in Linhai, China, had NDMA.

Woodcock and Gottlieb said the FDA placed Zhejiang on import alert to stop the drugs from entering the United States, according to the FDA statement.

“We also issued them a warning letter outlining several manufacturing violations, including impurity control, change control and cross-contamination from one manufacturing process line to another,” their statement reads.

Inspectors spotted fraying gaskets, rusted screws, and missing pieces of production equipment inside Zhejiang Huahai’s factory, according to reports earlier this month. The FDA also found that workers repeatedly failed to address testing anomalies in drug batches. However, operations at the drug plant continued uninterrupted until June. That’s when the NDMA was discovered.

“We know patients rely on these medicines. Part of our work throughout this process has been to mitigate and prevent shortages, where possible. Currently, valsartan products are in shortage, and we know that other types of products may fall into shortage soon,” said the statement.

It added: “We remind patients taking these medications or any recalled ARB to continue taking their current medicine until their pharmacist provides a replacement or their doctor provides an alternative treatment option. It also is important to know not all ARBs contain NDMA or NDEA, so pharmacists may be able to provide a refill of medication not affected by the recall, or doctors may prescribe a different medication that treats the same condition.”