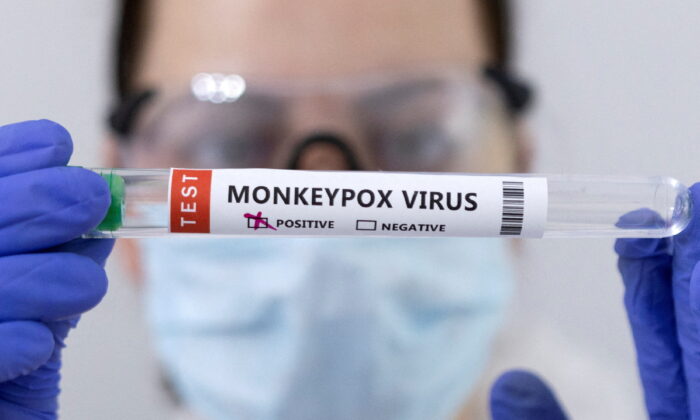 Faced with a monkeypox vaccine supply and demand problem, the White House’s newly minted National Monkeypox Response team on Tuesday implemented a plan to stretch the current vaccine supply by up to five-fold.

The U.S. Food and Drug Administration on Tuesday issued an emergency use authorization (EUA) for the Jynneos monkeypox vaccine to be administered by intradermal injection, which requires one-fifth of the dose of a normal subcutaneous injection.

“In recent weeks the monkeypox virus has continued to spread at a rate that has made it clear our current vaccine supply will not meet the current demand,” said FDA Commissioner Dr. Robert Califf in a statement.

“The FDA quickly explored other scientifically appropriate options to facilitate access to the vaccine for all impacted individuals. By increasing the number of available doses, more individuals who want to be vaccinated against monkeypox will now have the opportunity to do so.”

Department of Health and Human Services (HHS) Secretary Xavier Becerra issued a determination under the Section 564 declaration of the Food, Drug, and Cosmetic Act that allows for emergency use authorization of vaccines to prevent monkeypox and prevent severe disease from the virus.

The EUA allows for health care providers to inject 0.1 mL of the Jynneos vaccine intradermally, instead of 0.5 mL injected subcutaneously.

“This action paves the way for the federal government to get up to five times the amount of doses administered out of a single vial of the Jynneos vaccine,” a White House fact sheet reads.

The White House fact sheet said that two doses of an intradermal injection at a fifth of the dose produces a similar immune system response to subcutaneous dosing, citing data from a 2015 clinical study of Jynneos published in a peer-reviewed journal that it did not name.

“Additionally, data shows the intradermal administration of other vaccines such as influenza and hepatitis B, is safe and effective for immunocompromised individuals, such as people with HIV,” the fact sheet reads.

“Jynneos has been tested in individuals with immunocompromising conditions and has found to be safe and effective in the trials that were performed to support approval.”

Individuals will still need to get two doses given 28 days apart, and those whose first shot was subcutaneous can receive their second dose intradermally or subcutaneously.

The Centers for Disease Control (CDC) will offer training to clinicians, public health officials, providers, and patients to administer the vaccine using the alternative dosing regimen. The intradermal injection requires a different needle commonly used when testing for allergies.

While monkeypox is not typically considered a sexually transmitted disease, in the 2022 outbreak, the virus has primarily been spread via the sexual activity of gay and bisexual men.

The CDC and World Health Organization (WHO) have named this demographic as the most at-risk. The White House has previously identified a need for education and outreach about monkeypox to the LGBT community in order to combat the spread.

FEMA’s Robert Fenton and the CDC’s Dr. Demetre Daskalakis are leading the White House’s response to the monkeypox outbreak.

Given the current limited supply of monkeypox vaccine, the CDC has suggested that gay and bisexual men consider taking a break from sexual activities that might put them at risk.

“These temporary changes will help slow the spread of monkeypox until vaccine supply is adequate,” the CDC webpage reads.