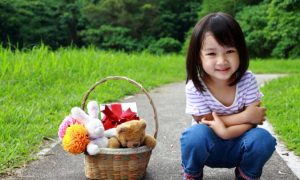 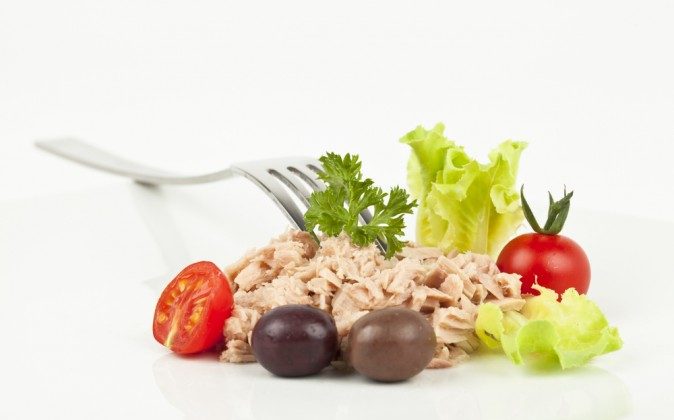 By Brian Bienkowski and Marla Cone
Print
This article was originally published on www.environmentalhealthnews.org
Federal officials on Tuesday announced major changes in advice to pregnant and breastfeeding women by recommending consumption of at least 8 ounces of low-mercury fish per week.
It is the first time that the Environmental Protection Agency and Food and Drug Administration have issued advice on the minimum amount of fish that pregnant women and children should eat. The previous advisory, issued in 2004, included only maximum amounts to protect their fetuses and young children from mercury, which can harm developing brains and reduce IQs.

“Eating fish with lower levels of mercury provides numerous health and dietary benefits,” Nancy Stoner, the EPA’s acting assistant administrator for the Office of Water, said in a statement. “This updated advice will help pregnant women and mothers make informed decisions about the right amount and right kinds of fish to eat during important times in their lives and their children’s lives.”

Under the long-awaited, proposed new guidelines, pregnant and breastfeeding women are advised to eat a minimum of 8 ounces and no more than 12 ounces of fish with low levels of methylmercury, including shrimp, pollock, salmon, canned light tuna, tilapia, catfish and cod. That is equivalent to two or three fish servings per week. Young children, according to the advisory, also should have two or three servings of low-mercury fish per week.

As in the old recommendations, pregnant and nursing women and young children are advised to avoid four high-mercury fish: tilefish from the Gulf of Mexico, shark, swordfish and king mackerel.

The agencies also reiterated their specific recommendations for limits on albacore (or white) tuna: no more than 6 ounces a week. Advice about consumption of tuna has been highly controversial, with the fishing industry criticizing any limits and health advocacy groups pushing for the FDA and EPA to add it to the list of fish to avoid.

When asked about high levels of mercury in light tuna, Dr. Stephen Ostroff, the FDA’s chief scientist, said during a call to reporters that the agencies included only four fish on the “do not eat” list because “they have consistently shown higher levels of methylmercury.

“We will continue to look at levels of methylmercury in a variety of fish and in the future make recommendations about other fish as well,” he said.

Orange roughy and marlin also have slightly higher concentrations than most fish, added Elizabeth Southerland, EPA’s director of the Office of Science and Technology. She said the agencies are asking the public to comment on whether those fish should be added to the list of fish to avoid.

Environmental groups filed a lawsuit against the FDA and EPA earlier this year, saying that the 2004 advisory was out of date and that women should be advised to eat less mercury-contaminated fish. They also are seeking clearer recommendations and labels that are easier for women to understand. EPA and FDA officials on Tuesday declined to comment on the lawsuit.

Environmentalists on Tuesday said they were disappointed by the proposed changes, mostly because of the lack of labeling on canned tuna.

“Over one-third of American’s exposure to methylmercury is from tuna, because tuna are higher-mercury fish and Americans consume so much,” said Michael Bender, director of the Mercury Policy Project. “Albacore ‘white’ canned tuna generally has three times as much mercury as ‘light’ tuna.  However, Americans consume about three times as much of the light variety. Therefore, each variety – ‘white’ and ‘light’ – contributes a staggering 16 percent of Americans’ dietary exposure.”

Representatives of the fish industry lauded the new advice, saying it “clears the water on outdated seafood guidance for pregnant and breastfeeding women.”

“FDA is working to translate years of important nutrition science into updated advice, and that’s exciting,” said Jennifer McGuire of the National Fisheries Institute, which represents seafood companies including Gorton’s Inc and Bumble Bee Foods. “Expectant moms and health professionals alike have been confused about seafood advice during pregnancy and FDA has begun the process of setting the record straight that fish should be a pregnancy staple.”

The advice can be confusing, since studies have found both benefits and dangers to eating fish. Studies have linked pregnant women’s high mercury consumption in seafood to reduced IQs and memories and other neurological effects in their children. The findings are largely based on two decades of tests of school children in the Faroe Islands, who were highly exposed in the womb through their mother’s consumption of whale meat.

At the same time, research has shown that fish consumption provides vital nutrients, Omega-3 fatty acids and protein, for fetal brain growth, and that children’s IQs increase when their mothers had eaten low-mercury fish.

“We don’t think women would accrue the same benefits in terms of health and development if they were to use supplements in place of fish,” Ostroff said.

FDA officials said their analysis of data from more than 1,000 pregnant women found that 21 percent ate no fish in the previous month. Those who did ate less than the U.S. Department of Agriculture’s Dietary Guidelines for Americans recommend.

Before finalizing the rules, the two agencies plan to hold public meetings and will solicit comments for 30 days.

*Image of “canned tuna” via Shutterstock