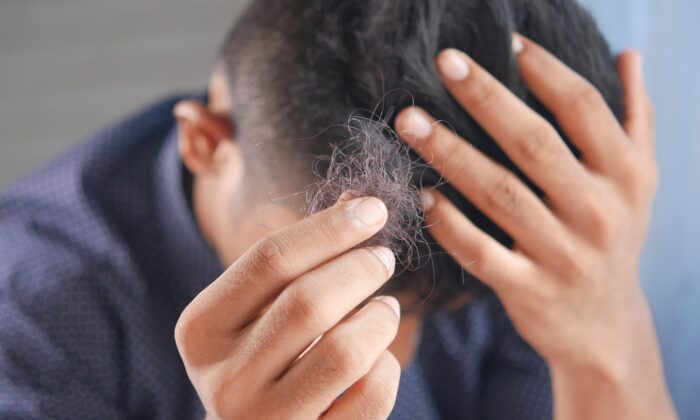 The U.S. Food and Drug Administration has approved the first systemic treatment for alopecia areata—commonly referred to as just alopecia—a disorder that causes hair to fall out often in clumps on the scalp, face, and sometimes on other areas of the body.

The drug, Olumiant (baricitinib), made by Eli Lilly, is now approved to treat adults who have severe alopecia areata. It comes in the form of tablets, taken orally, marking the first FDA approval of a systemic treatment—as opposed to a topical or local treatment—for the hair loss condition.

The condition is an autoimmune disorder, where a person’s immune system mistakenly attacks the hair follicles, causing hair to grow slowly and to become thinner, or to stop growing altogether.

There is currently no cure for alopecia. Current treatment options are generally off-label, as well as localized and topical. They include steroids, minoxidil—which is an active ingredient in hair growth products, and phototherapy. The treatments tend to be less effective for severe cases of alopecia.

As many as 8.2 million Americans are believed to have or have had alopecia areata at some point in their lifetime. Moderate to severe alopecia areata currently affects about 300,000 Americans.

Olumiant, or baricitinib, is in a class of drugs known as Janus kinase (JAK) inhibitors. These drugs act by blocking a class of signaling proteins called Janus kinases (JAKs). Blocking these proteins can help interfere with overactive inflammatory signals to tone down the immune system’s attack on the hair follicles.

“Access to safe and effective treatment options is crucial for the significant number of Americans affected by severe alopecia,” Kendall Marcus, director of the Division of Dermatology and Dentistry in the FDA’s Center for Drug Evaluation and Research, said in a statement. “Today’s approval will help fulfill a significant unmet need for patients with severe alopecia areata.”

The FDA in its announcement said that the efficacy and safety of Eli Lilly’s drug was studied in two randomized, double-blind, placebo-controlled trials (Trial AA-1 and Trial AA-2) involving people who had at least 50 percent scalp hair loss for over six months.

The participants received either 2 mg or 4 mg of Oluminant daily, or a placebo. Researchers measured the proportion of patients who reached 80 percent scalp hair coverage by week 36, which they deemed adequate hair coverage.

Olumiant was originally approved by the FDA in 2018 to treat some people who had moderately to severely active rheumatoid arthritis. It is also authorized for emergency use for some hospitalized COVID-19 patients.

The FDA noted that common side effects of the drug include: upper and/or lower respiratory tract infections, high cholesterol, urinary tract infection, anemia, shingles, headache, ache, abdominal pains, and weight gain, among others.

The drug is “not recommended for use in combination with other JAK inhibitors, biologic immunomodulators, cyclosporine or other potent immunosuppressants,” the FDA stated, adding that Olumiant has warnings on the box for “serious infections, mortality, malignancy, major adverse cardiovascular events, and thrombosis.”

Warnings and precautions for Oluminant include allergic reactions, tears in the stomach or intestine, and abnormal lab tests including low white and red blood cell counts and elevated liver enzymes and lipids. There is also potential for infection during and after treatment, and potential for viral reactivation. People are recommended to test for latent tuberculosis and to manage any active tuberculosis infection before treatment with Olumiant, the also FDA stated.

The drug is $2,500 for a one-month supply of 2 mg daily, reported Stat News. Patrik Jonsson, Eli Lilly’s president of immunology, said the company is determining the price for 4 mg, and that it seeks to ensure that out-of-pocket costs are $5 a month for patients with health insurance and $25 a month for those who don’t have health insurance.

Eli Lilly is also applying for approval in Europe and Japan.