Fauci: Definition of Fully Vaccinated Will Be Changed 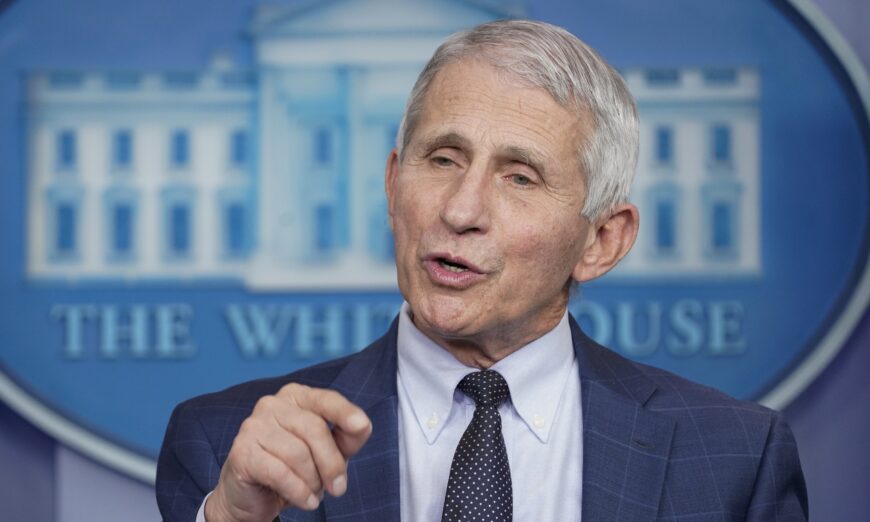 Dr. Anthony Fauci, director of the National Institute of Allergy and Infectious Diseases, speaks during a briefing in Washington on Dec. 1, 2021. (Susan Walsh/AP Photo)

The definition of fully vaccinated in the United States will be changed, Dr. Anthony Fauci said Wednesday.

“It’s going to be a matter of when, not if,” Fauci, the head of the National Institute of Allergy and Infectious Diseases, said during an appearance on CNN.

The term fully vaccinated presently refers to a person who receives two doses of the Pfizer or Moderna COVID-19 vaccines or the single-shot Johnson & Johnson jab.

Fauci previously said the definition could be changed. Dr. Rochelle Walensky, head of the Centers for Disease Control and Prevention (CDC)—which set the definition—has left open the possibility of changing it.

The definition is used by authorities imposing vaccine mandates across the country, including the federal mandates against healthcare workers and government contractors.

Several of those mandates have been blocked in courts for now due to worries they’re illegal.

Fauci said the timing of the change may be linked to the ongoing cases.

“It has implications for that, and that’s the reason why it matters,” he said.

The CDC did not respond to a request for comment.

Effectiveness of all three of the vaccines authorized for use in the United States drops the longer time goes on from a person getting one, according to real-world data and a slew of studies.

There’s been “a slow but steady waning of immunity over time,” Dr. Francis Collins, director of the National Institutes of Health, said last month.

Walensky and other health authorities, citing the waning efficacy, recently cleared boosters for all adults 18 and older. Late last month, they recommended that virtually everybody in that population get an additional jab.

The drop in protection is even more pronounced against the newly identified Omicron variant, according to four studies released this week.

Vaccine makers, including Pfizer and its German partner BioNTech, are racing to develop reformulated shots that will target the variant specifically.

BioNTech CEO Uğur Şahin told reporters Wednesday that the data makes it “very clear that our vaccine for the Omicron variant should be a three-dose vaccine.”

Dr. Scott Gottlieb, a Pfizer board member and former head of the Food and Drug Administration, said last month he thinks the CDC will update the definition of fully vaccinated to include boosters, but not until next year.

“I think at some point they’re going to, but not this year. I think eventually this will be considered the three dose vaccine, but I would be hard pressed to believe CDC is going to make that recommendation any time soon,” he said on CBS’ “Face the Nation.”