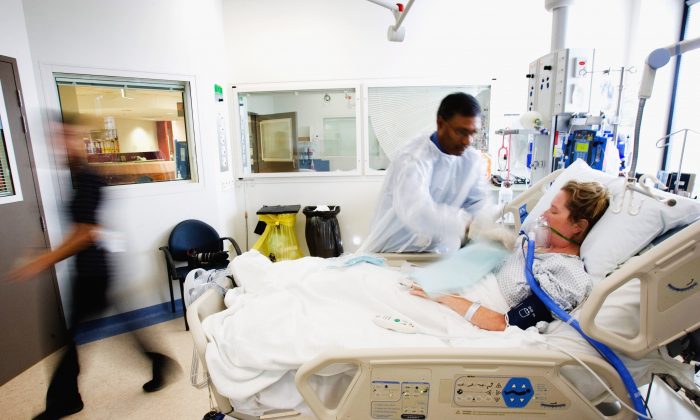 Fact or Fiction: Can We Die From a Broken Heart?

Dying of a broken heart is more than a myth. Takotsubo cardiomyopathy (also known as broken heart syndrome) is a condition first recognised by Japanese researchers more than 20 years ago, and it has gained a great deal of attention in Western countries in the past ten years.

Takotsubo cardiomyopathy (TTC) temporarily affects the ability of the heart to pump efficiently. When this happens, the person experiences the same symptoms as those of a heart attack, including chest pain and shortness of breath. Less commonly, it can cause death.

In most cases TTC is preceded by severe psychological or physical stress.

Although the symptoms of a heart attack and TTC are the same, they have different causes. Whereas a heart attack is caused by a blockage in one of the coronary arteries supplying the heart muscle, the exact mechanism of TTC is not entirely clear.

TTC is associated with patterns of abnormal contraction of the left ventricle, the heart’s main pumping chamber, but it is not caused by blocked coronary arteries. The condition is being widely researched internationally, but it is generally accepted by the scientific community that stress hormones, such as adrenalin, are partly at fault.

In most cases TTC is preceded by severe psychological or physical stress. The condition was first recognised in women who had experienced a traumatic emotional event, such as the death of a spouse. Hence, the commonly used name “broken heart syndrome”.

The types of stressors associated with TTC vary widely, from what may seem to be trivial events to severe life-changing events. Some of the more common psychological stressors include death of a spouse or other significant family member, family arguments, negative events in the workplace, psychiatric illness, loss of property, loss of a pet, anniversary of a death and traumatic social or environmental events such as war, earthquakes and floods.

Examples of commonly reported physical stressors include acute medical illness or trauma, stroke, epilepsy, heat stress, being diagnosed with diseases such as cancer and giving birth.

The list of stressors associated with TTC appears to be endless. From the thousands of cases reported, it seems almost anything can cause TTC if it elicits a stress response in an individual. It has been suggested that TTC can even occur with emotional responses to happy events.

Heart Attack Risk High in Divorced Women, Even After Remarrying

According to research, TTC appears to predominantly affect postmenopausal women. Around 90% of reported cases are in women aged between 65 and 70 years. As the condition becomes more widely recognised, cases are being reported in other groups, including younger women, men and children.

It is not clear why women seem to be more susceptible to the development of TTC, or why some people and not others develop TTC in response to a stressful event. It may be that some of us have less psychological resilience to stress. Alternatively, it may be a physical factor in some people, such as an inability by their body to cope with sudden large amounts of stress hormones.

How Is It Diagnosed?

The diagnosis of TTC is usually made when a person presents to an emergency department with heart attack symptoms and undergoes coronary angiography, a procedure to examine the coronary arteries for blockages.

During angiography, clinicians will note that a coronary artery blockage is not the cause of the symptoms. Rather, they will see the abnormal contraction pattern of the left ventricle associated with TTC.

TTC occurs in around 2% of people who have coronary angiography for a suspected heart attack, but there is no doubt that TTC is under-recognised. There are a few reasons for this.

At the time TTC was first recognised in Japan, there was little interest from the West in what was initially thought to be a rare phenomenon. Also, stress is not a good fit in the paradigm of cardiovascular disease development where risk factors such as blood pressure, cholesterol, age and weight can be precisely measured for risk management and treatment. And our incomplete understanding of TTC limits our ability to recognise all situations in which TTC may occur, in whom and to what extent.

TTC can cause death but this is relatively rare and often associated with a concurrent medical illness.

TTC can cause death but this is relatively rare and often associated with a concurrent medical illness. The good news is that most people with TTC make a full recovery within a few weeks. Some people will have recurrent episodes and as yet we do not have any therapies to prevent this.

The treatment for TTC is initially the same as for a heart attack, but once TTC is diagnosed, there will be some changes to medications. Drugs known as angiotensin-converting enzyme (ACE) inhibitors (which relax the blood vessels) and beta blockers (which control heart rhythm and reduce high blood pressure) are generally used to reduce the workload on the heart. But currently it is not clear which medications are most helpful in treating TTC or for how long they should be used.

TTC is yet another example of the adverse effects of stress on health. With heightened awareness of the condition, and increasing levels of stress in our society, we are likely to see a greater incidence of TTC over time.

Angela Kucia, Senior Lecturer in Nursing, University of South Australia This article was originally published on The Conversation. Read the original article.