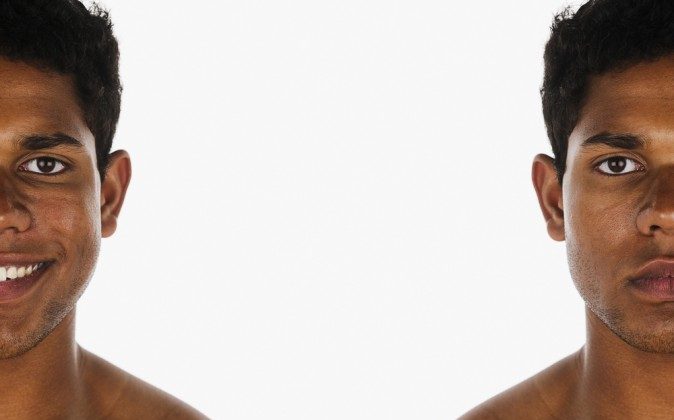 Facial Symmetry and Good Health May Not Be Related

Beauty, it is said, is in the eye of the beholder. And yet, there are many faces that a majority would find beautiful, say, George Clooney’s or Audrey Hepburn’s.

Psychologists interested in mate selection and the visual processing of faces have long sought to understand why some faces are widely regarded as attractive. Researchers have identified several cues associated with facial beauty, including “averageness” – faces close to the population mean are judged attractive – and “sexual dimorphism” – faces that accentuate characteristics that distinguish males and females are desirable.

There has also been long-standing interest in facial symmetry. Most faces appear broadly symmetric. Close inspection, however, almost always reveals subtle deviations from perfect symmetry. It is common for one eye to be positioned slightly above the other, or further away from the mid-line, and features are rarely perfectly symmetric in shape. Having examined the relationship between degree of facial symmetry and perceived attractiveness, many studies have found that beautiful faces exhibit greater symmetry.

The “good genes hypothesis” provides an appealing explanation of this finding. It argues that deviation from facial symmetry is due to difficulties arising during development caused by malnutrition, infection or genetic mutation. The degree of facial symmetry may therefore be a marker of health and resilience, indicating how well people cope with environmental or genetic challenges. So we may find facial symmetry desirable in a mate because these qualities prove beneficial to potential offspring.

While this explanation has proved popular with evolutionary psychologists, new research, published in Proceedings of the Royal Society, challenges the good genes account of facial symmetry preferences. The study, led by Nicholas Pound of Brunel University, examined the health histories of 4,732 British individuals – 2,506 males and 2,226 females – with varying degrees of facial symmetry. A number of health measures were investigated in this large sample, including the frequency of infections, time spent unwell and average symptoms per year.

Pound and his colleagues found no association between deviations from perfect facial symmetry and any of the health measures, undermining a key assumption of the “good genes” account.

There were, however, some indications that facial symmetry measured at age 8 may be correlated to intelligence assessed at age 15. But the measured differences in facial symmetry accounted for only 1% of the observed variation in IQ.

One possibility is that the visual brain finds symmetric patterns easy to interpret. Having processed one region of a pattern, the visual system might use symmetry to its advantage by “guessing” what it is likely to encounter in the corresponding region of the other half. The closer a pattern approaches perfect symmetry, the more effective these shortcuts prove. The resulting ease with which symmetric patterns and objects are viewed, may be responsible for the preferences observed.

Richard Cook receives funding from the Economic and Social Research Council (ESRC). This article was originally published on The Conversation. Read the original article.