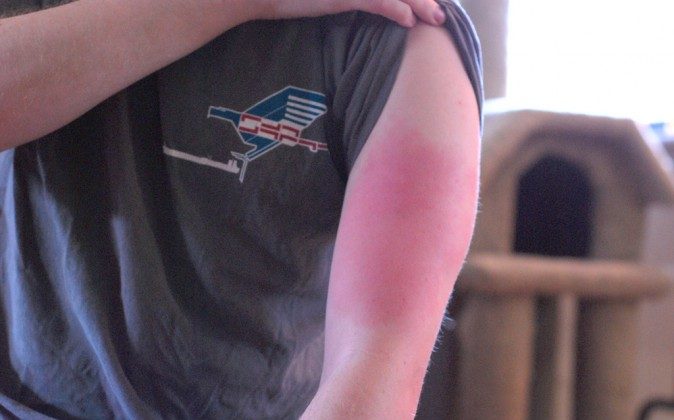 Explainer: How Does the Immune System Work?

The immune system is critical for protecting against illness-causing organisms, such as viruses, bacteria and fungi, which are collectively known as pathogens. Without it, we would quickly become infected, sicken, and die.

Immune cells are constantly on the lookout for pathogens, patrolling the blood by moving around in the blood. Around half your blood volume is fluid known as plasma; the remainder is made up of millions of different types of cells.

Stem cells are able to replace themselves, but must also constantly produce new cells to replace old ones. Red blood cells are replaced after several months, while different immune cell lifespans range from days to years.

When the bone marrow doesn’t produce enough blood cells, it can result in anemia (reduced red blood cells) or cytopenia (low cell numbers). These conditions cause low energy or “immuno-deficiency”, which means the body fails to produce a strong immune response, leaving the person more susceptible to infection and illness.

Producing too many blood cells, on the other hand, can result in blood proliferative disorders or blood cancers. People with myeloproliferative disorders, for instance, start with minor symptoms but can end up having difficulty breathing, high blood pressure and heart attack or stroke. And constant high levels of blood cells can lead to a diagnosis of leukemia (white blood cell cancer).

After immune cells are produced in the bone marrow, they quickly enter the blood stream. Many then enter tissues, especially those lining our skin, lungs, and gut, where they wait for pathogens or invaders. Others patrol the body until they encounter invaders.

These cells serve as the first line of defence against invaders that would make us sick; they’re called the “innate” immune response.

Innate immune response deals with the majority of invaders that enter our body. The cells involved respond to very broad signals that are shared by many types of invaders. The signals they look out for include essential components of bacterial cell walls or molecules present on the surface of viruses.

When they detect an invader, immune cells sound an alarm, calling more immune cells to the area from the blood. The innate immune response causes the common signs of inflammation including swelling, pain, heat, redness and loss of function.

When the cells respond to harmless signals, they can cause conditions including allergic rhinitis (hayfever), asthma and food allergies.

If the innate response fails to control an infection, the body will have to activate the “adaptive” immune response. Adaptive immunity develops a specific response for each invader.

Adaptive immune cells go through an extensive education before they can fight invaders. One type of cells (T cells), move to a specialised organ near the heart, called the thymus, for their education. Another type (B cells), remain in the bone marrow.

During their education, these cell types must pass two quality-control steps. The first step ensures that each cell is capable of making a response if they encounter their particular invader. This makes sure no further energy is wasted on keeping non-responsive cells alive, or expanding these cell populations.

The second step ensures the cells won’t respond against the body. Any such cell must be removed so it doesn’t cause damage. Failure to remove these “self-reactive” cells can result in autoimmune diseases, such as diabetes, multiple sclerosis and autoimmune arthritis.

Once educated, the cells move through the body, visiting lymph nodes to monitor for invaders. Lymph nodes, which are located throughout the body, are the swollen areas we can feel in our armpits or throat when we’re getting sick.

Each adaptive immune cell can only respond to one type of invader, so the body must generate a huge number of these cells to respond to the numerous invaders it may encounter.

When they encounter an invader they recognise, adaptive immune cells replicate and attack it. This requires time and is the reason why it can take a week of illness before an infection is cleared.

Once an infection is cleared, the immune cells that fought it stay alive so they can rapidly respond if they ever encounter the same invader again. This is called a memory response and it’s the reason vaccination works.

Vaccines activate our adaptive immune response, without the risk of making us sick because they only expose us to a portion of the invader or an inactive part of it. The immune cells become educated to recognise this part of the invader and this creates a strong memory response if that invader is ever encountered again.

The immune system produces millions of specialised cells everyday to keep bodies healthy. What’s really amazing about the complex process behind it is that when it’s working properly, we don’t even notice it’s there at all.