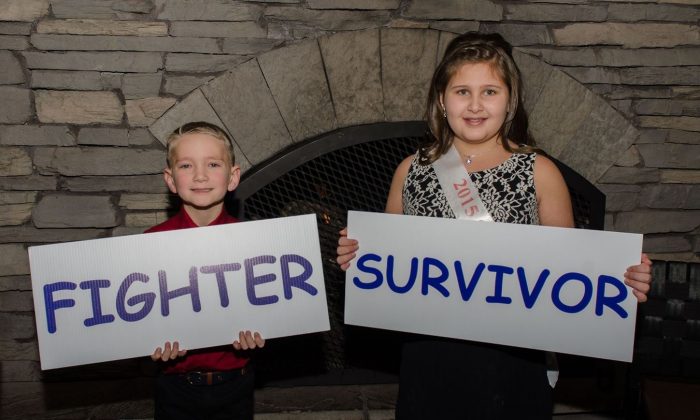 A new cancer “vaccine” that is injected directly into a single tumor has showed promising results when tested on a small group of lymphoma patients, according to a study published in the journal Nature Medicine on April 8.

Researchers at Mount Sinai Hospital in New York, who tested the experimental therapy on 11 lymphoma patients, found it triggers the person’s immune system to recognize and attack cancer cells throughout the body.

Tumors are essentially turned into “cancer vaccine factories” after they are injected with the treatment, Science Daily reported.

The results of the clinical trial were successful enough that a second trial in March on patients with lymphoma was given the go ahead, as well as testing on people with head-and-neck and breast cancer.

Several of the patients who took part in the initial trial went into remission for long periods of time—for months or even years, researchers said.

“The in situ vaccine approach has broad implications for multiple types of cancer,” said Dr. Joshua Brody, director of the Lymphoma Immunotherapy Program at New York’s Icahn School of Medicine at Mount Sinai.

“This method could also increase the success of other immunotherapies such as checkpoint blockade.”

Dr. Brody explained that after injecting a single tumor, researchers saw “tumors all throughout the body melting away,” Live Science reported.

The newly activated immune cells could then locate tumors throughout the body and attack them.

Tumors shrunk throughout the body in three of the 11 lymphoma patients, putting them into remission.

“It’s really promising, and the fact you get not only responses in treated areas, but areas outside the field [of treatment with radiation] is really significant,” Dr. Silvia Formenti, a chairwoman of radiation oncology at Weill Cornell Medicine and NewYork-Presbyterian who is currently developing a similar treatment, told CNBC.

However, as the promising results were only seen in three of the 11 patients, experts are warning further research needs to be carried out.

“It’s definitely proof of concept, but larger studies are definitely needed and additional strategies to try to get more than three out of 11 patients to respond,” Dr. Eric Jacobsen, clinical director of the Dana-Farber Cancer Institute’s lymphoma program, who was not involved in the study, said to CNBC.

Before it can go for review before the Food and Drug Administration, the experimental therapy will need to be tested in larger trials, according to CNBC.

After decades of trying and failing to create cancer vaccines, researchers are feeling more hopeful after new promising research on immunotherapy. Researchers now hope to train the body’s immune system to fight disease.

The treatment, which is a type of immunotherapy, recruits dendritic cells into the tumor, which then tells the “soldiers” of the immune system, known as T-cells, how to attack the tumors. A second injection then contains a molecule to activate the dendritic cells, Live Science reported.

“The dendritic cells are learning the lesson … and telling it to the T-cells,” Dr. Brody told the publication.

The research was funded by the Damon Runyon Cancer Research Foundation, the Cancer Research Institute, and Merck. Celldex and Oncovir provided the materials for the clinical trial and lab work.