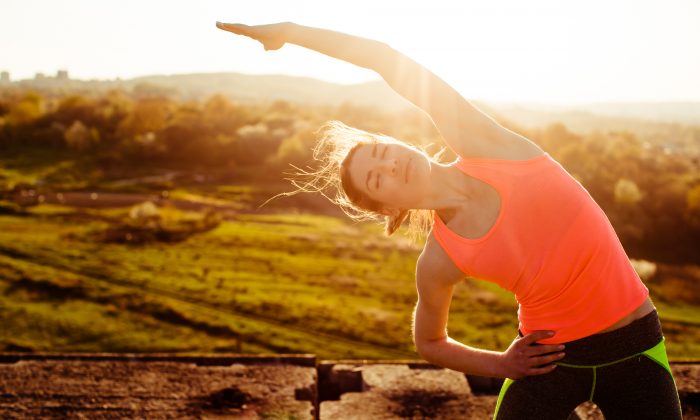 Regular exercise is a healthy antidote to stress and can help prevent heart disease - the biggest problem is that too many people get too little of it. (pyrozhenka/Shutterstock)
Alternative Health

Cancer-related fatigue can last throughout treatment and into remission, but a new study has found that exercise may be the key to fighting this exhaustion.

The study reviewed 113 past trials that included more than 11,000 adult cancer patients—80 percent of which were women—with an average age of 54. It revealed that exercise alone, or with the addition of behavioral and educational therapy, appeared to be more effective in treating cancer-related fatigue than prescription medications.

Cancer-related fatigue is distinct from regular tiredness—it’s a feeling of total exhaustion even after adequate rest. The patient’s limbs may feel heavier and they may struggle to find the energy for even the simplest tasks. While this affects the patient’s overall quality of life, it can also worsen their prognosis by interfering with treatment regimens.

In the study, researchers reviewed the impact of four different approaches to treatment. The first was exercise alone and included activities like walking, swimming, and weightlifting. The second was a mental health approach that provided information to help patients better understand and cope with their condition. The third approach combined exercise and some psychological treatment, and the fourth reviewed the efficacy of prescription drugs and stimulant medications.

Psychological therapies also produced similarly positive results, as did the combination of exercise and mental health interventions, with the prescription drugs bringing up the rear. These findings allowed the researchers to conclude that exercise either alone or in combination with psychological therapy was more effective in treating cancer-related fatigue than prescription drugs.

The majority of the studies reviewed focused on patients who had been sedentary and were placed on low- or moderate-intensity workout schedules that included activities like yoga and resistance training. This suggests that the level of exercise needed to see these benefits is easily achievable. The team recommends that patients and survivors who are not regular exercisers do what they can to avoid inactivity.

Fatigue after eating? Here are reasons why you feel tired after you eat

This article was originally published on BelMarraHealth.com. Check out the Facebook page