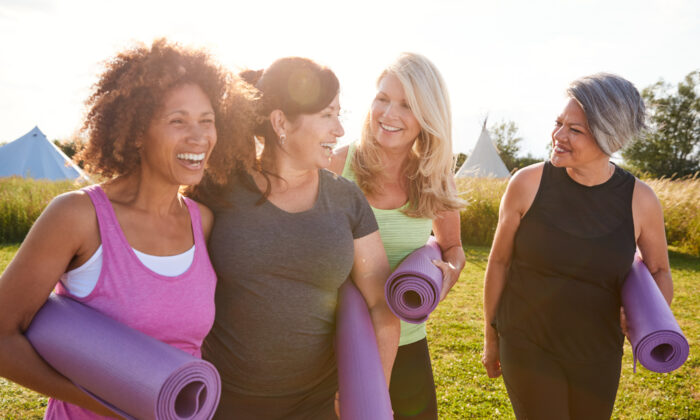 Testing finds fluorine—an indicator of PFAS—in most sports bras tested, including from popular brands like Adidas, Champion, and Nike.
By Environmental Health News

Fifteen out of 23 popular sports bras have detectable levels of fluorine, an indicator of toxic PFAS, according to a new report from Mamavation.

Partnering with EHN.org, the environmental wellness blog and community Mamavation tested the sports bras and found levels of fluorine ranging from 10 parts per million (ppm) up to 58 ppm. EHN.org partially funded the testing and Pete Myers, chief scientist of Environmental Health Sciences, which publishes Environmental Health News, reviewed the findings.

Sports bras made from synthetic materials, rather than cotton, were more likely to have detectable levels of fluorine.

While the testing doesn’t prove per-and polyfluoroalkyl substances (PFAS) are in the bras, fluorine is a strong indicator of the “forever chemicals” which have been linked to everything from cancer to birth defects to lower vaccine effectiveness.

The testing, which mostly found fluorine specifically in the nipple-adjacent fabric—was conducted by an EPA-certified lab and flagged any clothing that had more than 10 parts per million (ppm) fluorine. It is unclear what exposure to PFAS through clothing means for humans; however, previous lab research by the National Institute for Occupational Safety and Health found that PFAS skin exposure poses similar health risks as ingesting the chemicals via food or water.

And toxics near the nipple raise concerns for mothers who are breast feeding.

“Nursing mothers may want to consider showering after sweating inside a sports bra before they nurse,” Dr. Linda Birnbaum, Scientist Emeritus and former Director of the National Institute of Environmental Health Sciences and National Toxicology Program, told Mamavation. “But because PFAS does not break down, at every turn, the environment will be exposed–starting at the factory and ending inside a landfill where it never breaks down.”

While the testing is concerning, the good news is there were eight brands with low or no fluorine. Three that tested clean and are made mostly organic include Go Pact Organic Racerback Lounge Bra, Rawganique BEVERLY Organic Cotton Triple Strap Active Bra, and Satva GOTS Organic Nanda Bra.

The sports bra testing is part of an ongoing effort by Mamavation and EHN.org to identify PFAS in common consumer products, and comes on the heels of testing that found PFAS in workout and yoga pants.

This story was originally published on the Environmental Health News Blog.