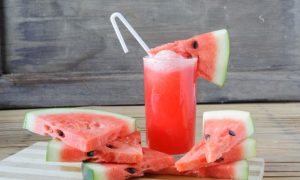 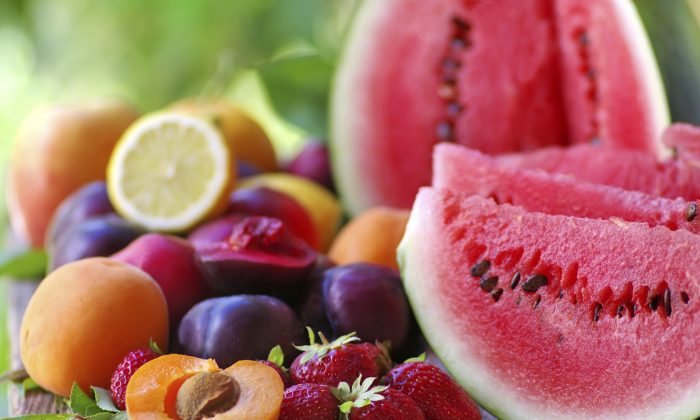 Everything You Should Know About Watermelon

Watermelons Are Good For…

For various reasons, people sometimes have trouble drinking enough water each day.  Watermelon, since it is 91% water, can help with  hydration and electrolytes.

Watermelon hydrates our cells and balances the pH in our bodies.

Due to the citrulline content, this melon is also known to reduce and treat erectile dysfunction. Like Viagra, citrulline relaxes and dilates blood vessels.

Tomatoes are known for their lycopene, the phytonutrient famous for fighting heart disease and prostate cancer. Unlike watermelon, you have to cook tomatoes in some oil to release the lycopene. Cup for cup, watermelon has 40% more lycopene than tomatoes.

Natural Remedies and Prevention with Watermelon

Watermelon has many health benefits and can help prevent and remedy some serious ailments, from erectile dysfunction to high blood pressure.

As for accessing the total medicinal benefits of watermelon, it is highly dependent on the variety of watermelon and the ripeness. Beta carotene and lycopene are usually bio-available in the highest quantities once the watermelon is completely ripe. And don’t be afraid to eat some of the watermelon rind; there are quite a few nutrients in there as well, particularly roughage and fiber.

Relaxed blood vessels mean a lower blood pressure. The arginine in watermelon that relaxes blood vessels has other health benefits. It promotes production of nitric oxide. In addition to relaxing blood vessels, this compound has been shown to reduce blood clotting and encourage smooth blood flow, preventing heart attacks and strokes. Also, increased hydration helps lower blood pressure and can help detoxify the blood as well.

Watermelon contains more lycopene than any fresh fruit or vegetable. Lycopene has known antioxidant qualities to keep the skin, heart, and prostate healthy. Studies have shown that people who ingest lycopene can help the prostate regenerate faster and stay healthier longer.

Watermelon is particularly useful in fighting colon cancer due to its cleansing effect, it’s alkalinity, and it’s ability to hydrate cells. Watermelon aids in flushing the colon, kidneys, and to a lesser degree, the liver.

With beta carotene, vitamin-C, lutein, and zeaxanthin, watermelon is one of the best foods for nourishing the eyes. These antioxidants will protect your eyes from other age-related ailments such as drying of eyes and optical nerves, as well as glaucoma.

While it is true that watermelon may lift your spirits just because it is a comfort food from your childhood, the vitamin B6 in watermelon doesn’t hurt either. B6 is a superb weapon against anxiety. This vitamin influences brain chemicals responsible for calming moods and allows you to make better decisions under stress.

Lycopene is also beneficial for the skin. The antioxidants decrease free radicals from the body known for causing age-spots, fine lines, and wrinkles. Hydration also plays a huge role in looking and feeling younger. Hydrated skin looks much younger and heals much faster than dehydrated skin.

Watermelon also aids skin in other ways as well, like removing excess oil from the skin that helps cause acne.

Dr. Ariel Policano, a naturopathic physician, says that watermelon helps the liver process ammonia, a toxic nitrogen-containing waste product left over from amino acid metabolism — and convert it into a molecule known as urea, a component of urine that is safely excreted from the body. Along with benefits to the colon, the liver, and the kidneys, watermelon is very good at flushing out the body, moving undesired waste to be evacuated.

Watermelon tea is used by the Amish as a healing remedy. The seeds also have properties similar to pumpkin seeds that are good for your prostate.

What You Can Do with Watermelon Rinds

It’s much more important to make sure to purchase organic watermelon if you plan to ingest the rind.

In a recent study, food scientists compared the nutrient content of flesh from different parts of a watermelon. They looked at flesh from the center, flesh near the stem, flesh near the blossom, and the flesh near the rind (known as periphery). There are concentrations of various nutrients (such as phenolic antioxidants, flavonoids, lycopene, and vitamin C) in all of the different areas tested. Overall, they found that the watermelon rind doesn’t offer any more benefit with nutrition than the flesh. The rind may have a little more citrulline than the flesh when measured by dry weight, but not by wet weight. So, if you want to eat the watermelon rind, you will receive many of the same nutritional benefits one gets eating the flesh, but the rinds also make great compost.

Watermelons are a vine-like flowering plant that probably originated almost 5,000 years ago in the Kalahari Desert of Africa where botanists have found its wild ancestors still growing. Today, in the United States,  in the Southern states such as the Carolinas and Georgia, watermelons flourish as commercial crops.

There are many wild varieties ranging from super sweet to bitter that vary in size.  About 200-300 varieties are grown in the U.S. and Mexico, although there are only roughly 50 popular varieties.

The watermelon that holds the current world record in weight at 120 kilograms (260 lbs) is a yellow flesh melon called the ‘Carolina Cross.’ This variety has green skin with red flesh and typically produces fruit between 29 and 68 kilograms (65 and 150 lbs). Planting to harvest is about 90 days.

The yellow crimson variety has yellow-colored flesh and is typically described as sweeter than red flesh melons with a taste of honey. The first fruits should be ready to harvest in mid to late summer, about 55 to 85 days after pollination.

With a very sweet orange flesh, the orangelo is a large, oblong melon that typically weighs 9–14 kg (20–30 pounds). The rind is light green with jagged dark green stripes.Planting to harvest is about 90–100 days.

This melon variety wears a purple/black rind with many small, yellow circles along with one or two large, yellow circles (moon). The flesh is pink or red and has brown seeds. The foliage is also spotted. They weigh 9–23 kg (20–50 pounds). The time from planting to harvest is about 90 days.

These melons grow well in cooler climates. They are small round fruits around 25 cm (10 inches) in diameter. They carry a thin, light green rind with dark green strips. The flesh is very sweet and there are black seeds. The melon takes 80–85 days from planting to harvest.

The Melitopolski has small, round fruits that are around 28–30 cm (11–12 inches) in diameter. The Melitopolski watermelons are popular in Moscow in summer. They  take about 95 days from planting to harvest.

With a black rind (without strips of spots) is grown only on the island of Hokkaido, Japan, where up to 10,000 watermelons are produced every year. These watermelons are expensive, with one selling at an auction for 650,000 yen (US$ 6,300), making it the most expensive watermelon ever sold. The average price is about 25,000 yen ($ 250).

Are there Genetically Modified Watermelons?

Seedless watermelons are NOT genetically modified. They are hybrid watermelons that have been grown in the United States for more than 50 years. They are safe and delicious in every way!

Those square watermelons they grow in Japan are not genetically modified either. They are just watermelon grown in a box.

While not the worst offender, conventional watermelon is grown using pesticides known to cause health problems and kill bees. The good news is that the chemicals, for the most part, do not penetrate the rind and pass into the fruit. Watermelon is one of those fruits that you need not be too concerned with the toxicity levels if organic is not available.

We do not recommend eating watermelon from China (or any produce at all for that matter, organic or not).

Seedless watermelons are sterile hybrid fruits created by crossing male pollen for a watermelon with a female watermelon flower. This is similar to the mule, produced by crossing a horse with a donkey. This process does not involve genetic modification.

We have eaten hundreds of watermelon, and it’s getting harder and harder to find the seeded variety lately. Seedless watermelons take considerable knowledge to grow, but they ripen and are ready to harvest quickly. It’s more economical, specially on a large scale, to grow seedless watermelon.

We are the type of people to say we prefer the seeded variety for taste and texture, but the truth is, it’s actually a really tough call. The best watermelon I have ever had was seeded. But at least half in the top ten were seedless. And I’m better at picking out a good seedless melon. It’s more difficult for me with the bigger seeded varieties.

Every time we see a full seeded watermelon available we get excited. My whole family loves it, and we always are chasing that high we felt when we got the best watermelon we’ve ever had. Seriously, we love watermelon.

We don’t know of any human rights issues within the watermelon industry. We also can’t recall seeing fair trade labeled watermelon. If you know of any, please let us know.

Tips for Growing Your Own Watermelon

Most watermelons require a long growing season, at least three months of temperatures that are 21 – 27 degrees C (70 to 80 degrees F or higher).

Start watermelon seeds indoors and use black plastic mulch.Buy seeds of an open-pollinated, heirloom variety that are a good fit for your climate (and then of course, save those seeds when you harvest the melons). If your growing season is less than 90 days, select short-season varieties such as ‘Million Bucks Hybrid’ or ‘Orange Sunshine Hybrid’.

When vines begin to ramble, a dose of boron will help melons produce sweeter flesh. Dissolve 1 tablespoon of borax in a gallon of water and spray the foliage and the ground by the plants.

Things You Didn’t Know About Watermelon

How to Store Watermelons So They Last Longer

How to Pick Good Watermelons

Recent research has shown that the highest lycopene and beta-carotene content occurs at the time when a watermelon is ripe.

Pick a dull looking watermelon.  A shiny appearance indicates an under ripe melon.

Find the field spot.  This is that creamy yellow colored spot on the melon where it  rested on the ground. The darker the color of the creamy spot, the longer it was on the vine sweetening up. If it is white (or not even there), put it back, because this indicates an unripe melon that was picked too early.

Give the melon a spank. You will get a dull thud if the flesh is too soft, which you don’t want. There should be a slight hollowness to the thump. Your hand should bounce off the melon, and the surface should be pretty hard/firm, but too hard with no give can mean it’s not as ripe as it should be just yet.

If you aren’t familiar with the term, “hollow heart” watermelons are those melons with a crack in the middle of the flesh from stem to blossom. They are typically sweeter due to the concentration of sugars within the cracks. Sometimes you can tell by the thump, if you’ve thumped enough watermelon to know. If you get one of these that are not too dry, you’ve got yourself an awesome watermelon. Listen for the hollow sound when you thump them.