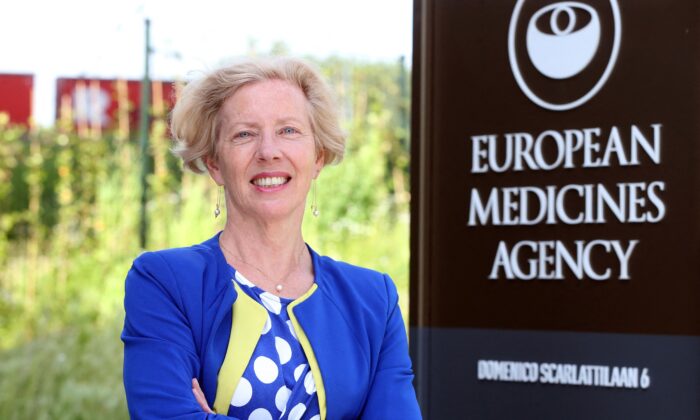 EU: Vaccine Targeting Omicron COVID-19 Variant Could be Approved Within 3-4 Months If Needed

The European Union drug regulator said Tuesday it will be prepared to approve a new COVID-19 vaccines targeting the Omicron variant within three to four months.

European Medicines Agency (EMA) executive director Emer Cooke told the European Parliament that the EMA is prepared if pharmaceutical companies need to modify the existing COVID-19 vaccines for them to protect against Omicron.

“Were there a need to change the existing vaccines, we could be in a position to have those approved within three to four months,” Cooke said.

“Companies adapting their formulations to include the new sequencing … will then have to show that the production system works, they will then have to do some clinical trials to determine that this actually works in practice.”

In a separate statement, the EMA clarified that the review will begin when drugmakers decide that modification to the vaccine is necessary and begin to work on that.

“We expect to receive smaller (data) packages which would reduce the evaluation time,” EMA said, based on guidance that has been in place since February for any variant-specific vaccine upgrade.

The EMA’s guidance, issued in February, intended to accelerate the approval process for drugmakers that modify their COVID-19 vaccines against new variants.

Stephane Bancel, the chief executive officer of drug company Moderna, warned that the existing vaccines could be less effective against the Omicron variant as they have been against the Delta variant, a comment that sent shock waves through the financial markets on Tuesday.

“I think it’s going to be a material drop. I just don’t know how much because we need to wait for the data. But all the scientists I’ve talked to … are like ‘this is not going to be good,’” Bancel told the Financial Times.

As of Tuesday, 42 cases of the Omicron variant have been confirmed in 10 out of 27 European Union countries, the EU public health agency said on Tuesday.

Cooke repeated the calls for people to get vaccinated with the approved vaccines that are currently available, saying that they will continue to provide protection even as the new Omicron variant becomes more widespread.

BioNTech SE said on Monday that it had started work on a vaccine targeting Omicron, though it is still unclear whether it is necessary to remold its established COVID-19 vaccine.