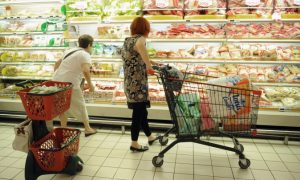 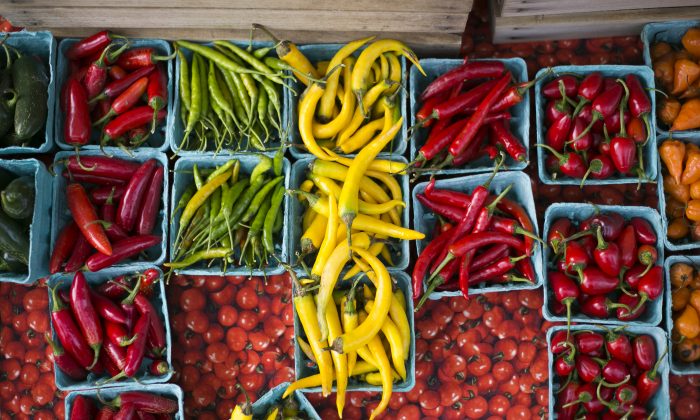 Move aside chocolate-covered bacon and sushi. Sriracha and a world of hot peppers have our attention now. Have you heard of gochujang from Korea? Or ghost pepper, cardamom, and tamarind from India? If not, you will soon.

Experts have declared bold ethnic flavors one of the year’s hottest trends, with the Thai sriracha chile sauce leading the way. A recent documentary titled “Sriracha” traced how the condiment had a cult following for decades, before exploding onto the scene in the last couple years.

According to 1,600 chefs surveyed by the National Restaurant Association, ethnic condiments and spices are the 11th hottest food trend to watch for in 2016, with authentic ethnic cuisine coming in 12th. With the top 10 trends focused on local, sustainable, artisan, healthy, and natural ingredients, ethnic presents itself as quite a departure.

So what exactly does this craze over all things ethnic say about us, and where does it come from anyway? Epoch Times talked to renowned NYU food studies scholar Krishnendu Ray to find out.

Surprisingly, Ray attributes the trend to the “long shadow” of the Civil Rights Movement. Having written numerous books and papers on the subject of culture and food, Ray has observed that culture takes time to permeate and affect change. It has been half a century.

Among the many achievements of the Civil Rights Movement, Ray says one of the most important was how it delegitimized the public acknowledgement of the inferiority of another. “This cracked open the cultural crystallization that had happened, and opened the door for ethnic people to enter our consideration of good taste,” he says.

Another was the change in immigration policy in 1965, which opened the door to people from all over the world, and made it against the law to exclude people based on race.

It is usually just one, or a few ingredients that catch our attention.

“We could no longer disdain and debunk people based on their people-ness, and this was crucial to opening American minds and palates,” he said.

And as this great wave of immigration flooded the country, America became increasingly more self-conscious of itself as a nation of immigrants, leading to more open-mindedness.

While all this is well and good, Ray says there are a lot of exceptions and wrinkles as to how open Americans actually are. He suggested looking at the top 100 chefs in the world to see if any of them are Chinese, Indian, or African. It is true. Le Chef’s 2016 list of the 100 best chefs reveals not one from the three most populous world regions, and nobody from Latin America either.

Americans may be open to ethnic food, but it still comes with its provisos, and it certainly doesn’t mean we want to experience the entirety of the cuisine. It is usually just one, or a few ingredients that catch our attention.

Ray explains that popular ingredients serve to reduce the ethnic cuisine to a caricature that makes it more approachable. It becomes a simple way to approach what is, in fact, a very diverse, and very different cuisine.

“People will play with the ingredients, but they cannot digest the entire cuisine,” says Ray.

Ghost chiles are interesting due to their extreme heat. It is a bit of a paradox that we would seek something so opposite from traditional American cuisine, which generally doesn’t stray past mildly spicy condiments such as garlic, mustard, and black pepper.

By virtue of that marked difference, chiles have become a placeholder in the American imagination for ethnic difference, says Ray. And the hotter the chile pepper is, the more authentic the ethnic experience.

Ghost pepper, considered to be the hottest chile in the world, is a great example. Right now it is popular and associated with Indian cuisine, but the funny thing is that most Indians will not have even heard of ghost pepper, because it is used only in the relatively obscure Assamese cuisine of Northeastern India.

Lizzy Freier, managing editor of menu analysis for Technomic, watches for the emergence of new ingredients on restaurant menus nationwide and tracks the trends.

“Ghost pepper, in particular, has been trending in the mainstream chain restaurants recently, along with many other spices and peppers from ethnic regions,” she said in an email interview.

Quaker Steak & Lube, a restaurant chain in the Eastern U.S. known for its wings and sauces, recently introduced a limited-time menu featuring its new dusted ghost pepper flavor, noted Freier, because she was asked specifically about Indian influences.

The reality is, food items trend when major food industry retailers choose to feature them, allowing the item to reach millions of ordinary Americans.

Mark Mears, chief marketing officer for Noodles & Company, which has over 500 locations nationwide and serves noodle dishes from around the world, said in a telephone interview that the popular sriracha sauce was part of the inspiration for their new dish featuring meatballs in gochujang chile sauce.

Gochujang is a savory, spicy, and pungent fermented Korean condiment made of red chili, glutinous rice, soybeans, and salt. Did you note the word fermented? Fermented is another one of those hot trends, so this one combines two favorites in one.

“Gochujang is similar to sriracha,” Mears said. “It has been around for a long time, but people are now willing to try something more exotic.”

80 percent of consumers eat at least one ethnic cuisine per month.

It speaks to the broader idea of what is going on in the world right now, from globalization to multiculturalism, to diversity in America, explained Mears.

Mears also said Noodles & Co. was encouraged by a National Restaurant Association study which showed an increase in people willing to try and adopt ethnic cuisine.

According to the study, 80 percent of consumers eat at least one ethnic cuisine per month, and restaurants are the primary point of access to try something new. Among the ethnic cuisines, Italian, Mexican, and Chinese are at the top of the list, with Ethiopian, Brazilian, and Korean least known.

So in-house head of culinary Nick Graff took a risk when he created the concept for Korean BBQ Meatballs with Gochujang Sauce. But after developing a marketing strategy that highlighted the item on an Asian Explorations menu, Noodles & Co. tested it in multiple markets, and people loved it.

The chain also did something interesting by partnering with celebrity chef and Asian food expert Katie Chin, who endorses the new dish, thereby blessing it with an aura of greater authenticity.

Mears emphasized that Noodles & Co. is the first national restaurant chain to feature gochujang on its menu, but it probably won’t be the last.

The Need to Simplify

When CEO Jeremy Morgan took the helm at Tava Indian Kitchen in mid-2014, he was managing an Indian fast-casual concept with three locations in the food-savvy Bay Area.

As the former SVP for one of the nation’s most popular fast-casual chains, Smashburger, Morgan suspected that Americans were not ready for Paneer Bhurjee (crumbled Indian cheese with peas) and Goan Garbanzos (chickpeas sautéed in coconut milk and spices).

Morgan wanted to expand Tava nationwide, so after market testing, the team concluded it needed a more modern, approachable format that focused more on key ingredients, and less on the Indian cuisine. The new menu, which will debut Feb. 17 at their Palo Alto location, will be hardly recognizable as Indian, and the logo will drop the word “Indian” as well.

“If calling myself an Indian restaurant is setting the wrong expectation, then this is just a word. I am not trying to hide it, but I am not willing to slam the door on anyone,” said Morgan in a recent telephone interview.

The new menu will not be too spicy either. Too much of a good thing, is … well, too much, since most people have the perception that all Indian food is spicy. (It’s not).

It will, however, still include Chicken Tikka, which is one of the most recognizable Indian dishes, and ghost pepper. The pepper will appear in its Tava Lava sauce, on the side, for those who want that ethnic taste.

Veggie-centric concepts on the rise