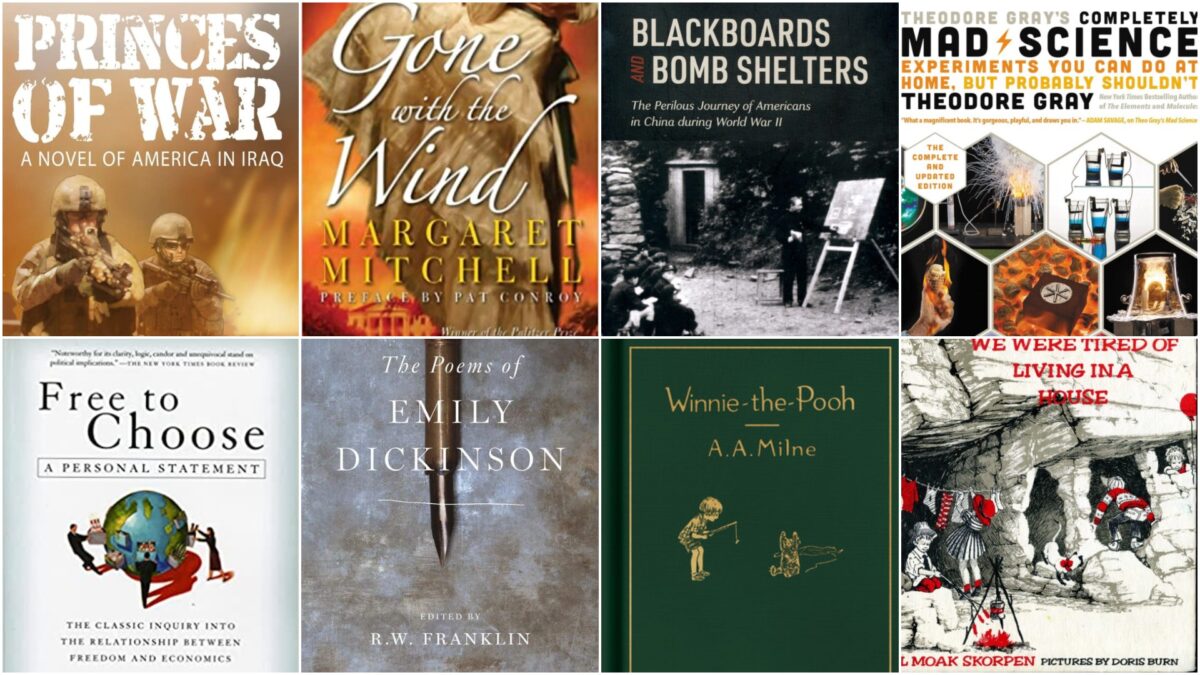 Epoch Booklist: Recommended Reading for May 6–12

This week’s selection of books features a novel about U.S. soldiers in Iraq, a children’s classic, and a collection of wild science experiments.

Soldier Up and Drive On

‘The Princes of War: A Novel of America in Iraq’
By Claude Schmid

The setting is Iraq. It’s hot inside those Humvees. Two U.S. Army officers deal daily with an elusive and dangerous enemy. One analyzes intelligence; the other leads a platoon. Will they find the sniper? Fight the fear. Stay motivated. Keep your soldiers alive.

‘Gone With the Wind’
By Margaret Mitchell

Set in the South immediately before, during, and after the Civil War and without offering a modern view of slavery, this historical novel has enthralled readers since its 1936 publication. It features scores of characters, but central to the plot is Scarlett O’Hara. She’s raised as a Southern belle on her family’s plantation, Tara, but after the war becomes a hard-hearted businesswoman intent on triumph and wealth. Her romance with Rhett Butler remains one of U.S. literature’s great love stories.

Americans in China During WWII

Paul Springer grew up in New Jersey during the 1920s and 1930s. In 1937, he won a full scholarship to Ivy League Yale. Yale sponsored a school in Hunan Province, China, and every other year sent three Yale graduates to teach there. Springer wanted adventure and applied with two other Yale graduates. They then sailed to China in July 1941. U.S. neutrality ended before Springer’s first semester of teaching. The author follows the three Yale companions through World War II in China.

Science You Can Try at Home, Maybe

Depending upon your personality, “Don’t try this at home” is a warning or an invitation. Popular Science magazine’s “Gray Matter” column writer, Theodore Gray, collected some of his wilder experiments in this book. It’s the kind of science book in which pyrotechnics abound and emphasis is placed on the spectacular. Know some teens who think science is boring? Get them this book. It might ignite a lifetime of interest in science.

Milton Friedman was one of the most influential economists of the 20th century. His book, written with his wife, demonstrates how free-market principles help boost an economy and how government intrusion promotes the opposite. The Nobel Laureate’s book was such a hit that it was turned into a 10-part series on PBS in the 1980s.

One of the greatest American poets, Dickinson published little of her work during her lifetime. In this collection, editor R.W. Franklin assembled 1,789 of her poems. Considering that she edited her verse again and again to alter a word or phrase, we now realize the vast amount of time she spent perfecting her work. A solitary soul—some would call her a recluse—she devoted her later years to the care of her mother and father—and to her writing. In this collection, Franklin gives us an excellent compendium of her poetry.

So We Packed Our Bags

Four siblings in trouble for rambunctious play leave home to live in a tree, a cave, near a pond, and by the sea. Each time they must pack up and move, until they finally return home. Lovely illustrations and a sweet story. The book was written for children ages 4 to 7.