Entrepreneur Says Shen Yun Is ‘The Most Beautiful and Deepest Show’ 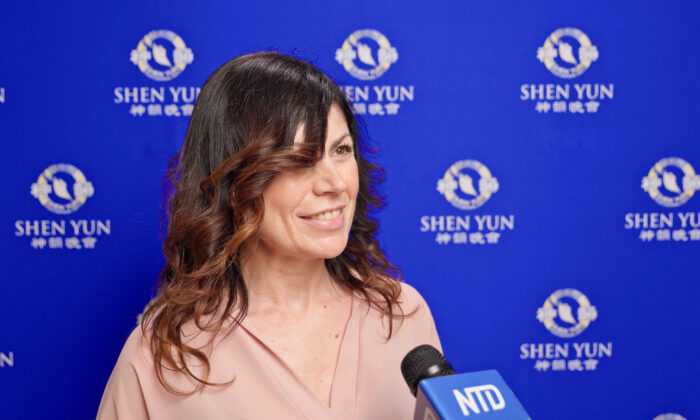 MILAN, Italy—Marveled by the beauty and message of Shen Yun, entrepreneur Madeleine Sophie said at the performance on June 9, “It can only be experienced in my opinion … because this is much more than a show.”

Shen Yun Performing Arts graced the stage at the Teatro degli Arcimboldi in Milan from June 4-12, 2022.

‘It was a marvelous surprise for the scenes—but above all—for the messages,” she said, “I believe it is one of the most beautiful and deepest shows I have come across in my life.”

Based in New York, Shen Yun is the world’s premier classical Chinese dance company. Along with folk dances and story-based pieces that tell cherished tales from ancient times to the modern-day, the performance features a one-of-a-kind orchestra that blends traditional Chinese instruments with a classical Western orchestra.

“I hope [Shen Yun] can go around for a long time and be heard by as many people as possible because [they] are a living message—not a static word nor a drawing, but tri-dimensional,” said Ms. Sophie.

“I have seen many [performances], but this one is something different.”

China was once known as “The Land of the Divine” and Shen Yun presents this culture by drawing upon ancient Buddhist and Daoist philosophies. In the past, artists looked to the divine for inspiration and cultivated virtue in order to create uplifting art. Today, Shen Yun’s artists follow in this noble tradition, which is why audiences feel there is something different about Shen Yun, says the company’s website.

“[Shen Yun] brings a different light even in a dark room— they bring a lot of light and you let it out,” she said.

“Everyone has forgotten something, like in the last scene where the girl is dreaming. I think that many people maybe can be awakened from their numbness and recapture something that is there, latent, and it needs to come out,” she added.

“I hope that people are ready to listen with their hearts—not only with their ears.”

“The show was truly grandiose,” he said, “I didn’t expect this style and these emotions the artists could bring.”

“The tenor surprised me because he was able to convey the same emotions that our tenors (Italian) can through words that we cannot understand, but the emotions that it conveys are the same,” he said.