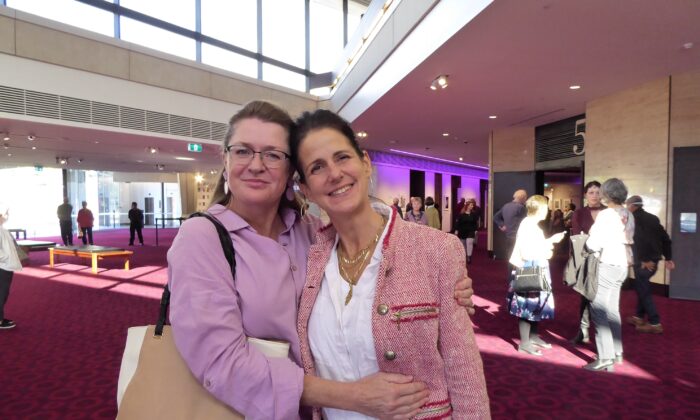 She connected with the storylines and spirituality in Shen Yun after watching the matinee performance in Adelaide’s Festival Theatre.

“I loved the narratives. It makes you understand a lot about the country that [we] as Westerners … don’t see,” said Ms. De Angelis.

“Through breathtaking dance and music, Shen Yun’s artists tell of a time when divine beings walked upon the earth, leaving behind a culture that inspired generations,” says Shen Yun’s website.

New York-based Shen Yun has a mission to revive China’s culture as it was before the communist regime in China all but destroyed it.

She also felt a spiritual connection with the mini-drama, “Salvation During End Times” and explained her understanding.

“When they said about the coming, the new Earth—[The dance] resonated with me because I believe that what I saw there was exactly what they’re preaching …  in the Book of Revelation. It’s exactly the same thing and so I was amazed. I thought—this is incredible,” said Ms. De Angelis.

The soprano who sang “Dafa Leads Back to Heaven,” a story of man’s divinity and purpose in life, captivated Ms. De Angelo.

“That was beautiful, so moving, so spiritual,” she said. “I followed the lyrics on the screen, and I definitely had a spiritual connection.”

Ms. De Angelis felt that the Chinese authorities “will not be able to contain what is happening in the hearts and the spirits of the Chinese people as reflected in this dance.”

She called for the Chinese people to be allowed the freedom to practice their beliefs wherever they wish.