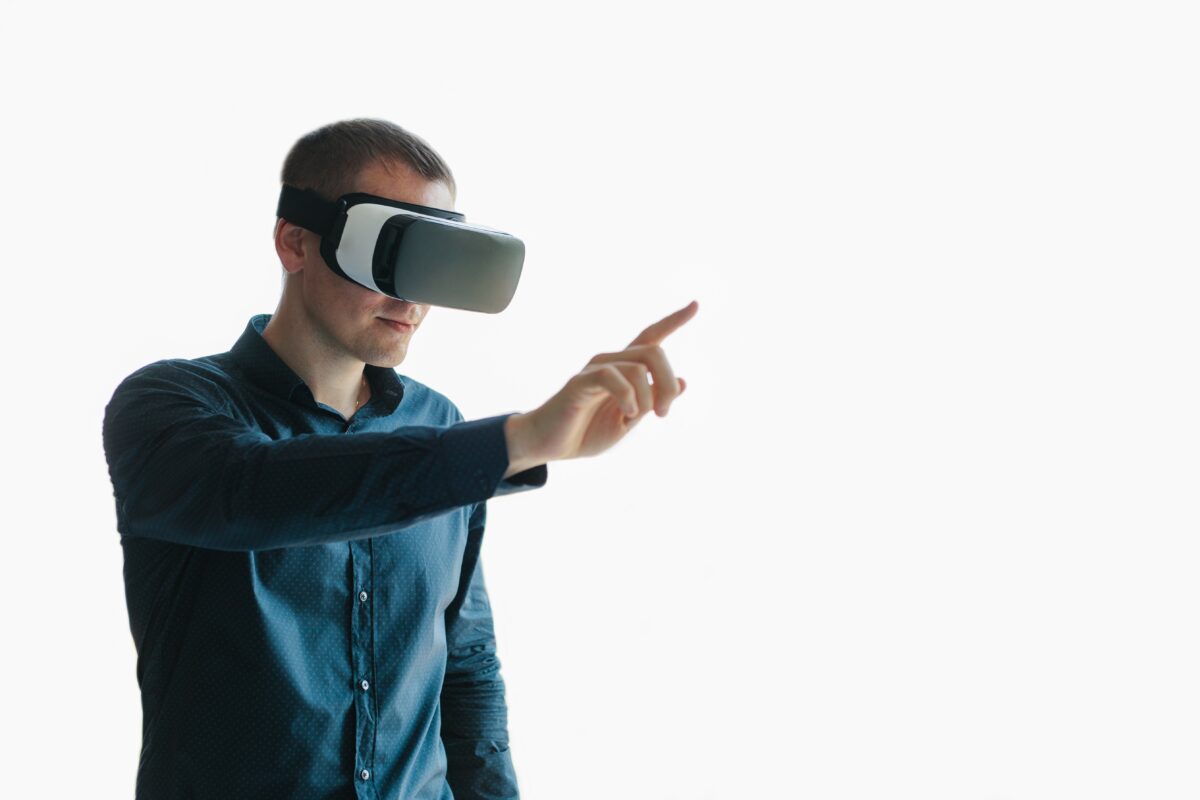 Virtual reality (VR) technology first took off back in 2012. Although, did it actually ever take off?

While VR has been getting better and cheaper every year, it’s still missing the necessary advances to make it mainstream. Bulky headsets and relatively complex technology keep VR from being the next smartphone or TV set equivalent. While 2016 was the slated year for VR’s jump to mainstream, many people still don’t know what VR is or own a VR headset.

Virtual reality, or VR, is a simulated digital experience a user can enter into by wearing a headset with goggles and occasionally hand-held remotes. Computer-generated imagery takes over your visual field, and the user’s motion is tracked from the headset and connected remotes to simulate being in the virtual environment.

There is a range of applications and potential uses for VR:

The VR gaming segment constitutes almost a third of the whole industry, with a predicted market of $1.4 billion in 2021.

VR headsets either have a mobile device placed in the headset itself, like the Samsung Gear VR or Google Cardboard, or they have PC-based options (The HTC Vive, Oculus Rift, and Playstation VR) that connect to a computer and have sensor-filled LCD screen goggles. There are also standalone versions that don’t connect to a separate device, and instead have the VR software and programming built in.

VR is different from AR, or augmented reality. AR uses a lens to create a composite view of both digital and real-world images. It superimposes digital imagery into a viewer’s real-world perspective. Perhaps the most famous example of AR in recent years was the viral game Pokémon Go. Using phone apps, gamers use their device’s camera to search for Pokémon inserted in the real world through AR. VR might soon accommodate AR, but they are separate terms.

As with any new digital technology, there are health concerns associated with using EMF-emitting devices near your body for long periods of time. VR, with the use of headsets and connected computers or phones, might be exposing your body to chronic levels of EMF radiation.

Though there are more applications for VR being developed, the easiest way to think of it is as a fully immersive video game.

There are health concerns related to playing virtual games like video games. These include digital eye strain, altered neurological processes (decreased hippocampus use), and induced stress responses, which can lead to chronic stress, depression, irritability, and more.

With VR, a headset is placed directly against your head. This exposes your eyes to a very bright and immersive LED screen.

LEDs function with wavelengths of 400–495 nanometres (nm), which corresponds to the color blue on the visible light spectrum. This is one of the highest-energy types of light that human eyes can perceive. Blue light is harmful because it impacts the body’s sleep cycle and affects the eyes.

Imagine sitting six inches away from your TV and staring straight ahead for multiple hours. Digital eye strain, headaches, poor sleep, and even damaged eyes can result from too much blue light.

When the pigment in our retinas is exposed to high-energy blue and UV light, free radicals are formed. Free radicals cause oxidative damage and photoreceptor damage and death.

Over time, this can lead to macular degeneration and other eye problems.

Similar to holding a phone against your ear to talk, VR headsets are packed with technology, including the LED screen and embedded sensors. Some versions use a smartphone itself.

Some are now completely wireless, while others tether you to a powerful computer with a USB or HDMI cable to stream the VR programs.

Wireless headsets and phone-connected headsets have powerful wireless processors, which would theoretically expose you to more EMF radiation. Wired VR headsets that are attached to a computer or console keep the VR processing further from your body. However, the sensors in the headset are still collecting and sending data. The HDMI cord is still sending electromagnetic frequencies to your head.

Regardless of what VR set you have, EMF radiation is present within a few inches of your brain.

EMFs are associated with increased glucose metabolism in different regions of the brain.

EMFs also over-activate the sensitive VGCCs (voltage-gated calcium channels) in cells that help the release of neurotransmitters and hormones. This vast increase of calcium ions in the cell also induces an oxidative stress response.

While it may look like real life, VR is just another digital screen. It’s very different from looking at an actual landscape.

The dangers of increased screen time are more important when it comes to children and adolescents because it negatively impacts physical and cognitive abilities. Kids are also much more vulnerable to EMF and blue-light effects since they are still developing and are more vulnerable to environmental impacts.

VR takes screen time to a whole new level because as someone engages in it, they become fully immersed. No longer is it just a relatively small screen in front of you, but instead, it encompasses your entire perspective.

As 5G networks continue to evolve, VR is poised for even more growth because of 5G’s increased bandwidth and upload/download speed. 5G-compatible VR would be sending much higher frequencies directly to your head.

As VR continues to advance, it may eventually become a mainstream device. While VR is helpful in many ways, for most people, VR is just a fun way to pass the time. With that being said, short-term enjoyment may not be worth negative long-term health impacts. We don’t recommend using VR headsets because of the very close proximity to EMF radiation and blue light.

This story was originally published on the DefenderShield site.

Daniel T. DeBaun
Follow
Daniel T. DeBaun is an internationally recognized and influential expert in Electromagnetic Radiation (EMF) and shielding electronic emissions, with a particular focus on the effect of exposure from mobile devices such as laptops, tablets and cell phones. Daniel’s concern regarding the health impact of electronic radiation emissions grew from over 30 years of engineering experience in the telecommunications industry, where he held a variety of leadership and executive positions at Bell Labs, AT&T, SAIC and Telcordia. Daniel is co-author of recent bestseller, Radiation Nation: The Fallout of Modern Technology, a complete guide to EMF radiation safety and protection. Daniel is also a highly regarded industry consultant, speaker as well as frequent guest national radio and television programs discussing EMF health issues.
Website
SHARE
Friends Read FreeCopyFacebookTweet
You May Also Like