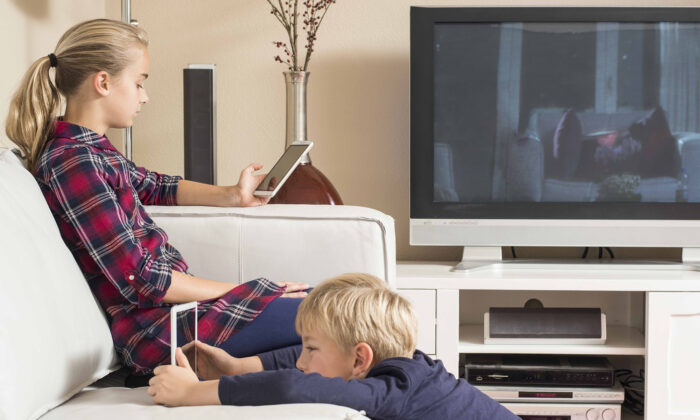 Part 2: Research reveals risks that are pointedly ignored by industry and government
By Armen Nikogosian

The levels of wireless radiation we’re exposed to in today’s world is unprecedented in history, particularly in the past 20 years, with the worldwide adoption of mobile phones and local wireless networks or Wi-Fi.

While completely invisible to the naked eye, these fields may have effects on our physiology, including cognitive changes, fatigue, decreased fertility, DNA damage, and certain types of cancer.

Keep in mind that wireless radiation is a non-ionizing form of radiation, which means it doesn’t disrupt atoms and molecules like the radiation from uranium or plutonium. However, the particles and waves of energy still enter living systems and can be disruptive at a larger scale.

Most governmental regulatory agencies around the world (including the FCC in the United States) have set the wireless radiation safe exposure limit for people at 10 watts per meter squared for 30 minutes of exposure. This level was established by considering only the thermal effects of the radiation. We’ve all felt how hot our phone will become after a lengthy phone conversation or downloading large amounts of data. These safety standards were based on this thermal effect, and if heat was the only risk wireless radiation posed, there would be no need for further discussion. However, there’s a whole range of non-thermal effects that have been observed on living things that the so-called safety limit doesn’t take into account.

Proponents for more stringent wireless radiation or EMF safety standards have tried to bring attention to studies linking cellphone use to brain tumors, miscarriages, and a whole host of other health problems. The problem with these correlational studies is that they didn’t prove causation. So another study would come along, often funded by the telecom industry, and contradict the results of the prior ones. These inconsistencies in the literature through the 1990s and 2000s became very confusing to much of the public. This culminated in general disregard by the population at large for many of the potential hazardous health effects despite their safety not being proven in many cases.

In 2016, an international group of researchers from Ukraine, Finland, the United States, and Brazil investigated the effects of low-intensity radiofrequency radiation on living tissues. They reviewed 100 peer-reviewed papers dealing with this subject and found that 93 papers confirmed the oxidative effects of radiofrequency radiation. Oxidative stress is when free radicals (oxidants) and antioxidants become imbalanced. It is one of the primary drivers of aging.

One of the most chilling aspects of this review was that within the 93 papers reviewed that found correlation, there were almost as many different biological and biochemical pathways investigated. Wireless radiation seems to have this “aging” effect on all of these biological pathways. The researchers came to the firm conclusion that wireless radiation was a physical agent that induced oxidative stress in the cell and had a broad biological potential to affect a diversity of biochemical systems.

In 2018, another international group of scientists from the United States, Israel, and Turkey researched the effects of wireless radiation on the male and female reproductive systems. They proposed and reviewed several mechanistic pathways that were all driven by oxidative stress or “cellular aging.” They found that rapidly dividing cells, such as those found in the testes and ovaries, were even more prone to damage from wireless radiation. Rather than looking at some clinical symptom or outcome on a person, which could be argued away as being caused by one of millions of stimuli we encounter on a daily basis, these researchers looked deeper. They looked at the effects of wireless radiation on the mechanics of our cellular building blocks, and that evidence was solid enough to at least open the topic for further safety studies.

In 2011, the International Agency for Research on Cancer classified radiofrequency electromagnetic fields as Group 2B classification or a possible human carcinogen. This classification from this division of the World Health Organization (WHO) came the same year 4G or LTE networks began expanding throughout the world.

So what about the new 5G networks that are currently being rolled out? While there is much talk about performance, download speeds, and latency—what about the health effects?

Low band is transmitted at a frequency below 1GHz and is not much different than 4G also known as LTE. This provides a broad coverage area and its radiation will go through buildings and people, thus the potential exists for the hazardous cellular effects already discussed.

Thankfully, the vision of industry is for more use of the mid and high spectrum bands. As the spectrum increases beyond 1GHz, the data transmission potential increases, but the range and penetration of the beam decreases. The range issue will be solved with plans to put 5G antennas on every streetlight. Many of these higher spectrum beams lose penetration ability until we reach the highest spectrum called millimeter waves which reportedly cannot even penetrate human skin.

While there has been much concern about the 5G rollout, this may be the first step toward designing wireless radiation more conducive to human health. I am hopeful but skeptical. After observing a telecom and tech industry that stubbornly denied any adverse health effects for decades despite a strong body of evidence stating otherwise, I can’t help but make comparisons to the perils of smoking and the brash denials from Big Tobacco in the 1940s and 1950s.

For many years, the opponents on this issue have been in two extreme camps: those who wanted the technology banned and those who want to continue deploying without any regard for potential biological effects.

Wireless technologies have become an integral part of our society. What’s needed is a safer form of wireless radiation. While 5G isn’t perfect and won’t likely replace older wireless spectrums outside of densely populated urban areas, it has the potential to be safer on the human body if the claims put forward by the industry that it can’t penetrate our skin are confirmed with further safety studies.

But even if this important point can be confirmed, the total wireless radiation will rise exponentially in an environment where the health science contradicts the claims of industry and regulators.

Between the soon-to-be-completed wireless global panopticon and a regulatory environment more concerned with industry appeasement than hard science, the public should be concerned. Wireless technology affects us all, and—as with any public utility—public safety should be the first priority.