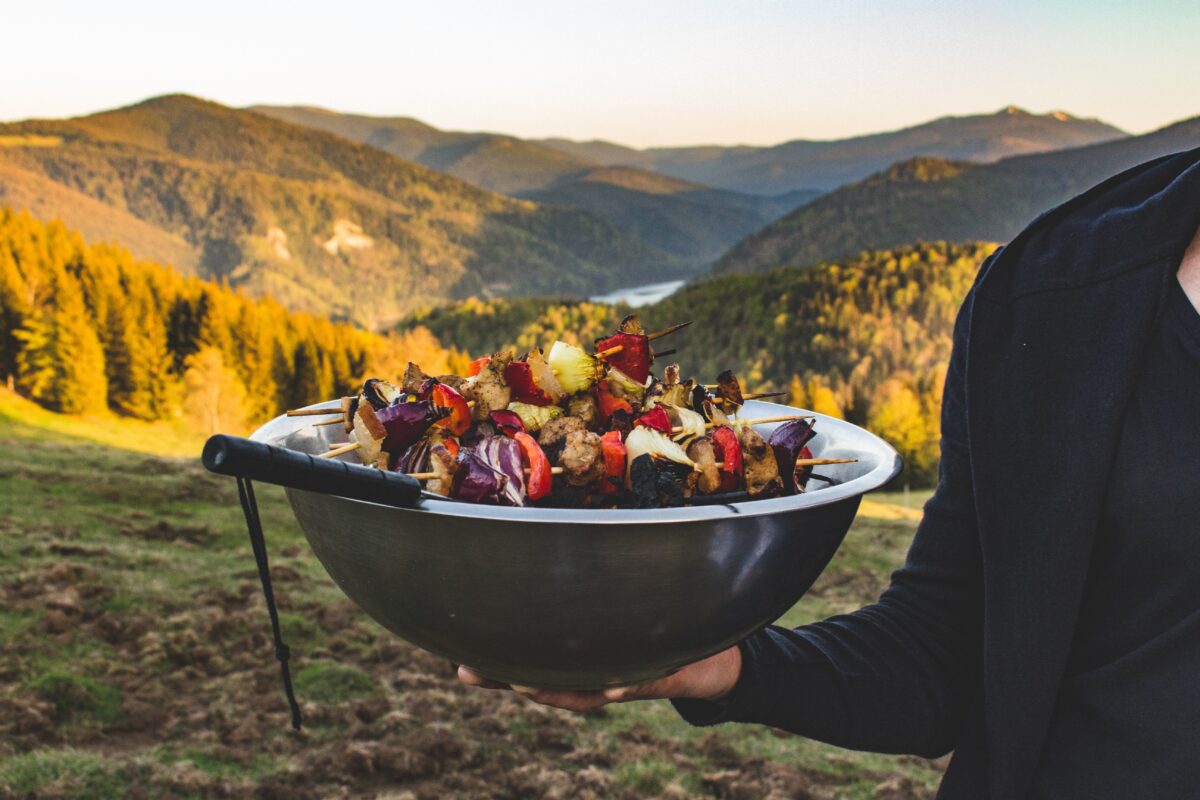 Eco-Tip: Firing up the Grill With Less Pollution

If you’re planning to barbeque over the Fourth of July weekend, consider grilling in ways that emit less air pollution.

Ali Ghasemi, who heads the Ventura County Air Pollution Control District, says he cooks with gas barbeques, one connected to the natural gas line in his house and another hooked to a propane gas tank.

“Gas and electric grills are more energy-efficient and produce fewer pollutants than charcoal,” Ghasemi told me.

Pollutants from charcoal include formaldehyde, a colorless gas the National Toxicological Program says is known to cause cancer, and acetaldehyde, a respiratory irritant the U.S. EPA lists as a “probable human carcinogen.” The cancer risk depends on levels and duration of exposure and factors specific to individuals, according to the EPA. The more likely effect of exposure from an occasional barbeque is irritation of skin, eyes, nose and throat.

Burning charcoal also emits tiny, lung-damaging specks of toxic soot and smoke known as PM2.5 and PM10. PM stands for “particulate matter” and the numbers refer to particle size, in microns. The California Air Resources Board regulates these inhalable particles because they can induce inflammation and damage tissue in the lungs.

As the air board notes on its PM webpage, “Short-term exposures to PM10 have been associated primarily with worsening of respiratory diseases, including asthma,” and “long-term (months to years) exposure to PM2.5 has been linked to…reduced lung function growth in children.”

Cooking with an outdoor electric grill may be the cleanest option, especially in Ventura County, where so much of our power is supplied by renewable sources. Electric grills are especially favored by people whose outdoor cooking is limited to a small balcony. But it may not provide the same thrill as barbequing with a flame.

My wife and I barbeque with gas, and since our home is entirely powered by electric energy from photovoltaic panels, we rely on propane canisters for gas. I recently refilled an empty 5-pound propane tank with 1.2 gallons propane at U-Haul for under $7 —inexpensive, though U-Haul will not refill tanks more than five years old and waiting in line for an attendant to service your tank can take some time.

Presumably, this should be a faster option than re-filling, but when I tried it recently at a Ralphs in Ventura, finding a staff person familiar with the program took some time. I first asked a checkout clerk, who referred me to the customer service desk attendant, who called over a manager, who asked a staff person to help me. Overall, the time involved was about the same as U-Haul.

Barbequing with charcoal briquettes remains popular, partly because charcoal can add a smoky flavor. For John Polich, of Agoura Hills, whose family will barbeque at a local lake next weekend, “I just do it that way because that’s how I learned to barbeque.”

However, even those committed to charcoal can cut pollution, such as avoiding lighter fluid, a petroleum solvent that contributes to ground level ozone pollution and can leave a residue in grilled items, according to Lester Graham’s online “The Environmental Report.” Graham cites experts recommending a charcoal chimney or an electrical charcoal starter instead of a lighter fluid.

“I’ve been at sites where lighter fluid is prohibited,” Polich said, “so I learned how to use a charcoal chimney, with crumpled paper in it, and I’ve been using it ever since.”

Ghasemi, of the local Air Pollution Control District, provides additional tips for those using charcoal. Citing the studies posted on the MD Anderson Cancer Center website, he noted, “You can also cut air emissions and reduce cancer risk by cleaning your grill, avoiding charring of meat, using a marinade, and trimming fat.”