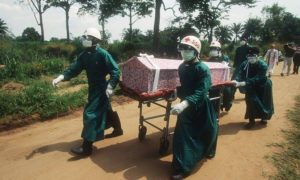 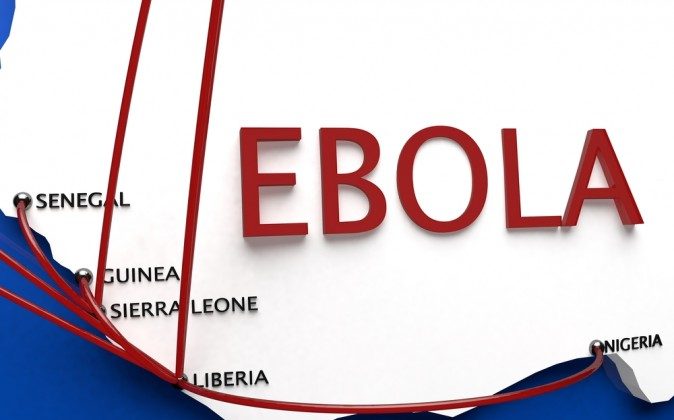 Things have been relatively quiet on the Ebola front here in the U.S. this past week, with 11 days and counting (as of this writing) since the last confirmed case of the disease was announced. But the situation is hardly as rosy in Sierra Leone, where an Africa Governance Initiative (AGI) report says Ebola is now spreading at a 900 percent faster rate than two months ago.

In early September, the official number was 1.3 new cases of Ebola per day in Sierra Leone, one of the three “ground zero” countries that has been most ravaged by the virus. Now, that number has escalated to 12 new cases per day in the rural areas surrounding Freetown, the country’s capital, representing a more than nine-fold increase.

The data was compiled by Sierra Leone’s health ministry and relayed to AGI analysts, who used it to come up with three-day averages for how quickly the disease is spreading. This same data showed that, in the city of Freetown, Ebola is spreading at a rate about six times higher than it was two months ago, suggesting that the crisis is far from over.

“The government of Sierra Leone is making real strides in tackling transmission by speeding up access to treatment and safe and dignified burial,” stated AGI chief executive Nick Thompson. “But we can’t rest until Ebola has nowhere to hide. And we can see from growth in new cases in some rural parts of Sierra Leone that we still have no time to lose if we’re going to get on top of this.”

These statements by Thompson take on a whole new meaning when you consider that the U.S. government and others are sending troops to West Africa supposedly to help contain the virus, when in fact they know little or nothing about it. If anything, sending our military men and women to the region only puts them, and ultimately the rest of the country, at risk of contracting Ebola.

As explained by Global Research, the roughly 2,000 National Guard troops that Obama recently sent to Africa have not been properly trained in dealing with this type of health crisis. But they are there to set up dozens of supposed treatment centers, which some believe is more indicative of the true purpose of the crisis: to advance the U.S. military’s presence throughout the region.

“The total collapse of the public health systems throughout Africa follows decades of civil wars, fomented by US and EU military policies, in order to plunder Africa’s economies and rich natural resources — while marketing Western arms and mercenaries,” wrote Professor James Petras for Global Research.

“Militarizing the problems of Africa and creating millions of refugees has naturally led to plagues — Ebola today, [malaria yesterday] and other infectious diseases and miseries tomorrow.”

According to the World Health Organization (WHO), an estimated 5,000 people have died of Ebola so far in West Africa. The United Nations arm says there have been roughly 13,500 documented cases of the disease since the outbreak began, but the true number of victims could be much higher.

“And we can see from growth in new cases in some rural parts of Sierra Leone that we still have no time to lose if we’re going to get on top of this,” added Thompson, pushing the agenda of more intervention from foreign governments.

*Image of “West Africa” via Shutterstock