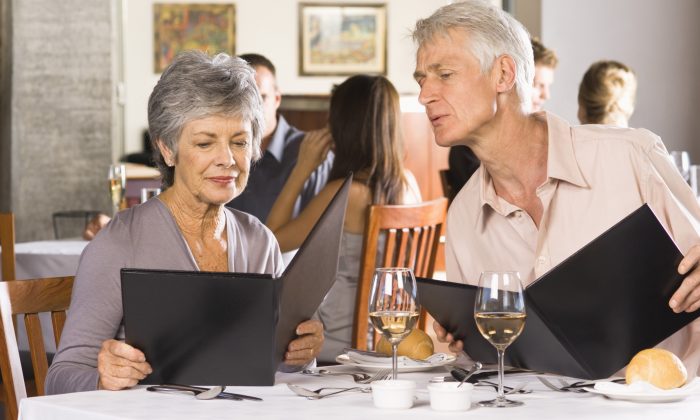 Tips on how to avoid GMO's even while eating out. (Courtesy of Jupiterimages/photos.com)
Fitness & Nutrition

Eating Out? 5 Tips on How to Avoid GMOs

I am completely devoted to not consuming Genetically Modified Organisms, or GMOs, to the best of my ability.

It is difficult because even crops that have not been approved for genetic alteration are still becoming tainted by GMO test crops, as is the case for wheat, according to Market Watch.

I personally find it a worthy commitment. GMOs are potentially very damaging to our health as well as to the health of our environment. Avoiding consumption of GMOs has health benefits and a positive impact on food distribution and farming practices.

GMOs are incredibly pervasive at this time. It is estimated that 80 percent of the food consumed by Americans has been genetically modified, according to ucbiotech.org. I find this statistic frightening, considering that along with this consumption comes a lack of awareness. There are currently no laws in the United States requiring labeling of genetically altered foods, in spite of GMOs being banned in more than 60 other countries, according to the Non-GMO Project.

How can a concerned American navigate this minefield?

Personally, I rarely eat out. However, this approach is akin to abstinence. Most working Americans need to purchase prepared food at some time each week. It can seem daunting, but a little preparation and perseverance in the beginning can help you to carve out an almost GMO-free zone for yourself.

1. Search
Fire up those search engines and find out which restaurants in your area serve organic foods. This is truly easier in some cities than others. If you live in New York, Berkeley, or Los Angeles, you are in luck. Elsewhere will take some legwork. Organic certification does not allow for the use of GMOs. Just be sure to talk to the owners or managers to get an idea of their level of commitment.

2. Go Ethnic
Try to think of ethnic foods that do not include the known GMO crops (sugar beets, corn, soy, canola, zucchini, and papaya). This is sad, personally, as Vietnamese and Thai foods are my favorite. But most Asian restaurants use a lot of soy, and if it isn’t organic, then you can bet that it’s GM soy if the soy products were grown in the United States. Authentic Indian food is an option as it is often cooked in clarified butter, but, again, know your ingredients.

3. Talk to Owners
Again, speak to the owners of any restaurant you are interested in to get a clearer picture. Many are willing to make concessions to keep their customers happy.

4. Beware of Hidden Ingredients
It may be easy enough to avoid the actual food items that are known to be GMOs, but it is important to know what type of cooking oil the establishment is using. Most use canola oil. You may ask the restaurant if they can use another oil to cook your food, like olive oil or butter. However, I would also recommend avoiding non-organic butter, as most conventionally farmed cattle are fed GM corn—another issue entirely. You also want to watch out for ingredients like high-fructose corn syrup, soy lecithin, and soy protein, which can lurk in sauces and dressings.

5. Think Simply
Simple ingredients help to make eating GMO-free a simple task. For example, a nice Italian dinner could consist of wheat, olive oil, seafood, and tomato sauce. A simple dinner of fish and vegetables is another healthy option.

Avoiding GMOs is no small feat, but a decidedly important one. Questioning restaurants about their practices and ingredients can seem like a chore, and many times is met with annoyance. However, creating this dialogue with restaurant owners is an important step towards changing the use of GMOs. Consider that if every week a restaurant is being asked about its use of GMOs, that restaurant may realize this is something people care about and may make changes.

April Reigart is a certified holistic health coach and graduate of the Institute for Integrative Nutrition. She does private and group coaching, and lectures monthly to a Web-based fitness group.