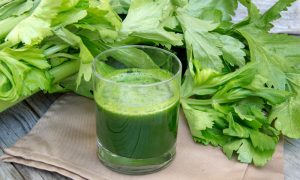 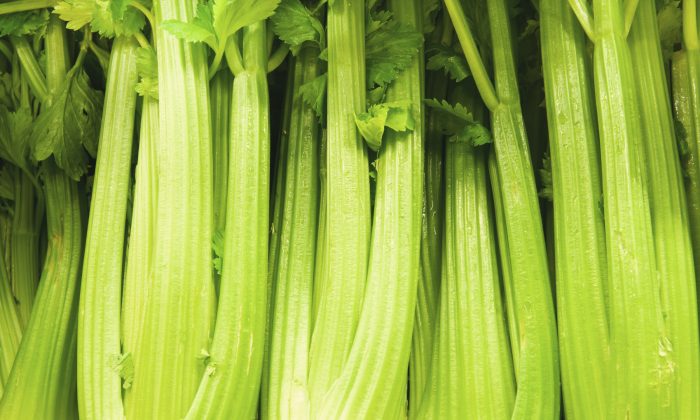 Stalking celery in the grocery store is a great way to round up some antioxidant fire power. (gillian08/iStock)
Lifestyle

Metabolic syndrome is on the rise due to processed food and inactivity, but you can fight back by adding more celery to your diet. This unassuming vegetable contains a surprising blend of antioxidants, flavonoids, and other phytochemicals that work together, tackling metabolic syndrome via multiple pathways.

Nature is full of powerful compounds that can boost your health, even in vegetables as unassuming as celery—and for conditions as complex and prevalent as metabolic syndrome.

Metabolic syndrome is better described as a cluster of risk factors that can increase your risk of multiple chronic diseases, including heart disease, arthritis, chronic kidney disease, and cancer. The risk factors—abdominal obesity, type 2 diabetes, high blood pressure and dyslipidemia (abnormal levels of fats in your blood)—combine to seriously undermine your health, even leading to early death in some cases.

Metabolic syndrome is on the rise—spreading globally—fueled by an increasingly popular fast-food diet, along with decreases in physical activity. In the United States, metabolic syndrome increased from 1988 to 2012, at which time more than one-third of U.S. adults met the criteria to be diagnosed with this potentially debilitating condition.

The good news is that, as researchers wrote in Phytotherapy Research, “lifestyle adjustment and weight loss have a vital role.” This brings me to the importance of celery—a veggie that offers multiple beneficial effects on metabolic syndrome.

Celery Versus Oxidative Damage and Inflammation

An excess of reactive oxygen species (oxidative stress) is a major contributing factor to metabolic syndrome. Everything from poor diet to environmental pollutants can lead to excessive oxidative stress in your system, but celery (Apium graveolens) contains a wealth of phytochemicals and antioxidants that can decrease oxidative damage. This includes substances such as phenolic acids, flavones, flavonols, vitamin C, beta-carotene, and manganese.

The duo of oxidative stress and inflammation is primarily responsible for increasing heart disease and atherosclerosis, or hardening and narrowing of the arteries, in people with metabolic syndrome, and celery compounds are effective against both.

Anecdotally, celery’s blood-pressure-lowering effects were noticed by one set of researchers when a family member’s blood pressure declined after eating a quarter-pound of the crunchy vegetable daily for one week.

Luteolin, a flavone flavonoid found in celery, is anti-obesity and anti-diabetic, helping to suppress inflammation. In an animal study, a luteolin-enriched supplement even prevented obesity and related metabolic disorders, such as dyslipidemia, insulin resistance, and inflammation—the same ones seen along with metabolic syndrome.

“The most active ingredients in celery … have shown hypolipidemic, antidiabetic, and hypotensive properties,” researchers said, adding clear-cut support for adding this versatile vegetable to your regular diet.

When you add whole foods such as celery to your diet, the benefits are far-reaching—a sentiment that’s been understood since ancient times. Traditionally, celery has been used for stomach problems and as a heart tonic, as well as to treat joint problems.

Modern research has shown that beyond its role in fighting metabolic syndrome, celery also contains compounds, such as the flavone apigenin, that have anticancer activity. It’s also heralded for being protective to the digestive tract, including protecting the gastric mucosa from ulcers, and can reduce high triglycerides, another hallmark of metabolic syndrome.

Further, due to celery’s anti-inflammatory prowess, celery may improve cognitive health by dampening inflammatory cytokines in the brain. So while celery doesn’t get nearly the attention that flashier vegetables like kale and broccoli do, it’s earned a spot on the list of superfoods worth eating often.

How to Enjoy Celery

Part of what makes celery so lovable, aside from its healthy nature, is its extreme versatility. Add it to salads, soups, and stews. Juice it or eat it alone as a snack—the uses for celery are only limited by your imagination. If you choose to cook celery, steaming it may help retain the antioxidants better than boiling or blanching.

When choosing celery, look for crisp, bright green stalks—the fresher the better. Also choose organic celery to avoid exposure to pesticides, although it’s worth noting that one of celery’s additional claims to fame is helping to protect against pesticide-induced toxicity.

Not a fan of celery? Not to worry, as metabolic syndrome responds to a wide range of natural foods and lifestyle changes. Pomegranate, rosemary, coffee, and nuts are just a few examples of foods that, like celery, are beneficial for metabolic syndrome.

Combined with exercise and other positive lifestyle moves, such as avoiding sugary beverages and artificial sweeteners, you can support your health and even ward off chronic diseases like metabolic syndrome. View the latest evidence on natural substances for metabolic syndrome at GreenMedinfo’s database of studies on the topic.

The GMI Research Group is dedicated to investigating the most important health and environmental issues of the day.  This article was originally published on GreenMedinfo.com