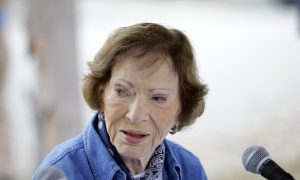 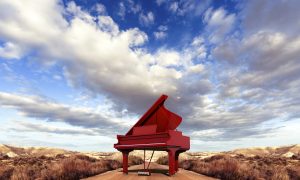 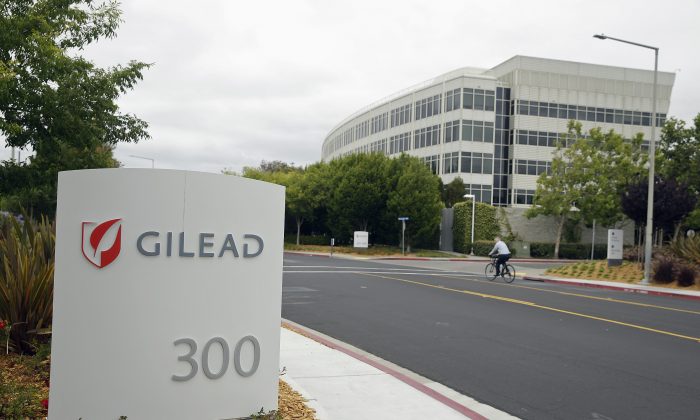 A man cycles near the headquarters of Gilead Sciences in Foster City, Calif., on July 9, 2015. (AP Photo/Eric Risberg)
Business

Drug Maker Was Focused on Profits, Not Patients: Report

WASHINGTON—The makers of a breakthrough hepatitis drug put profits before patients in pricing the $1,000 pill that’s become a symbol of the excessive cost of medications, Senate investigators said Tuesday.

A bipartisan report from the Senate Finance Committee concluded that California-based Gilead Sciences Inc. was focused on maximizing revenue for its hepatitis C medications, even as the company’s own analysis showed a lower price would allow more patients to be treated.

The lawmakers who led the investigation said it’s a warning about what could happen with other innovative treatments for cancer, diabetes, Alzheimer’s and HIV.

“When we see the market reaction … especially the limitations on access, we have to be concerned,” said Sen. Chuck Grassley (R-Iowa.).

In a statement, Gilead said it disagreed with the report’s conclusions. Gilead stock was down slightly most of the day Tuesday, as broader financial markets posted solid gains.

“Gilead responsibly and thoughtfully priced Sovaldi and Harvoni,” said the company’s statement, noting that more than 600,000 patients have been treated worldwide since Sovaldi’s introduction two years ago.

Company documents released by the investigators included a color-coded chart assessing potential reactions to various prices for Sovaldi and Harvoni. At $70,000 for a Sovaldi regimen, a letter from Congress was judged “likely.” At $90,000, a negative reaction from advocacy groups was deemed “very likely.”

“Let’s not fold to advocacy pressure in 2014,” Gilead executive Kevin Young wrote in an email cited in the report. “Let’s hold our position whatever competitors do or whatever the headlines.”

Hepatitis C is a viral infection that affects some 3 million people in the U.S. and claims more lives here than AIDS. Patients say it can feel like a bad flu that never goes away. While the disease advances gradually, it can ultimately destroy the liver, requiring a transplant to save the patient’s life. The virus is primarily spread by contact with infected blood.

Although professional medical societies recommend the Gilead drugs as first-line treatments for anyone with hepatitis C, the report found that the drug’s cost meant just 2.4 percent of potentially eligible Medicaid beneficiaries got treatment in 2014. Medicaid is the federal-state health program for low-income people. At least 27 states restricted Sovaldi’s use to only the sickest Medicaid patients.

Medicare is also taking a financial hit, since more than 3 out of 4 infected adults are baby boomers, the age group now entering the program. Medicare will spend more than $9 billion this year on drugs for hepatitis C, according to government estimates released prior to the Senate report.

Other findings and conclusions from the report:

“The evidence shows the company pursued a calculated scheme for pricing and marketing its hepatitis C drug based on one primary goal—maximizing revenue—regardless of the human consequences,” said Wyden.

Polls show that the cost of drugs is the public’s top health care concern, and the 2016 presidential candidates are increasingly paying attention. Wyden and Grassley steered clear of policy recommendations but said it’s an issue the Senate must grapple with. Both senators are senior members of the Finance Committee, which oversees government health care programs.

The pharmaceutical industry says high prices reflect the cost of research and development. Although innovative medications are expensive, they can reduce future medical costs by helping patients avoid hospitalization and surgeries—including liver transplants for hepatitis C patients. In explaining Sovaldi pricing, Gilead has said it compares favorably on a “cost per cure” basis with older drugs that were much less effective.

One policy response that may find support from both political parties involves forcing disclosure by drug-makers about their costs and pricing. That could be coupled with research on the benefits of the newest drugs to provide a clearer picture of trade-offs for patients, doctors, insurers and government programs.