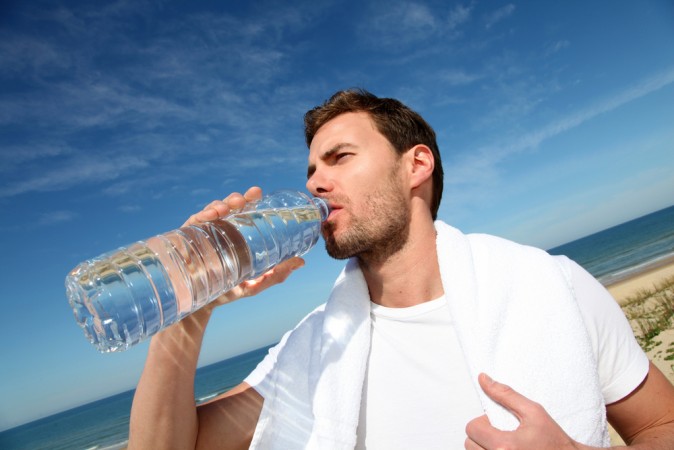 Drinking Too Much Water Can be Fatal to Athletes

Over-hydration by athletes is called exercise-associated hyponatremia. It occurs when athletes drink even when they are not thirsty. Drinking too much during exercise can overwhelm the body’s ability to remove water. The sodium content of blood is diluted to abnormally low levels. Cells absorb excess water, which can cause swelling — most dangerously in the brain.

Georgia football player Zyrees Oliver reportedly drank 2 gallons of water and 2 gallons of a sports drink. He collapsed at home after football practice, and died later at a hospital. In Mississippi, Walker Wilbank was taken to the hospital during the second half of a game after vomiting and complaining of a leg cramp. He had a seizure in the emergency room and later died. A doctor confirmed he had exercise-associated hyponatremia.

And in recent years, there have been more than a dozen documented and suspected runners’ deaths from hyponatremia.

Winger said it’s common for coaches to encourage athletes to drink profusely, before they get thirsty. But he noted that expert guidelines recommend athletes drink only when thirsty. Winger said athletes should not drink a predetermined amount, or try to get ahead of their thirst.

Winger is co-author of a 2011 study that found that nearly half of Chicago-area recreational runners surveyed may be drinking too much fluid during races. Winger and colleagues found that, contrary to expert guidelines, 36.5 percent of runners drink according to a present schedule or to maintain a certain body weight and 8.9 percent drink as much as possible.

“Many athletes hold unscientific views regarding the benefits of different hydration practices,” Winger and colleagues concluded. Their study was published in the British Journal of Sports Medicine.

*Image of “athlete” via Shutterstock