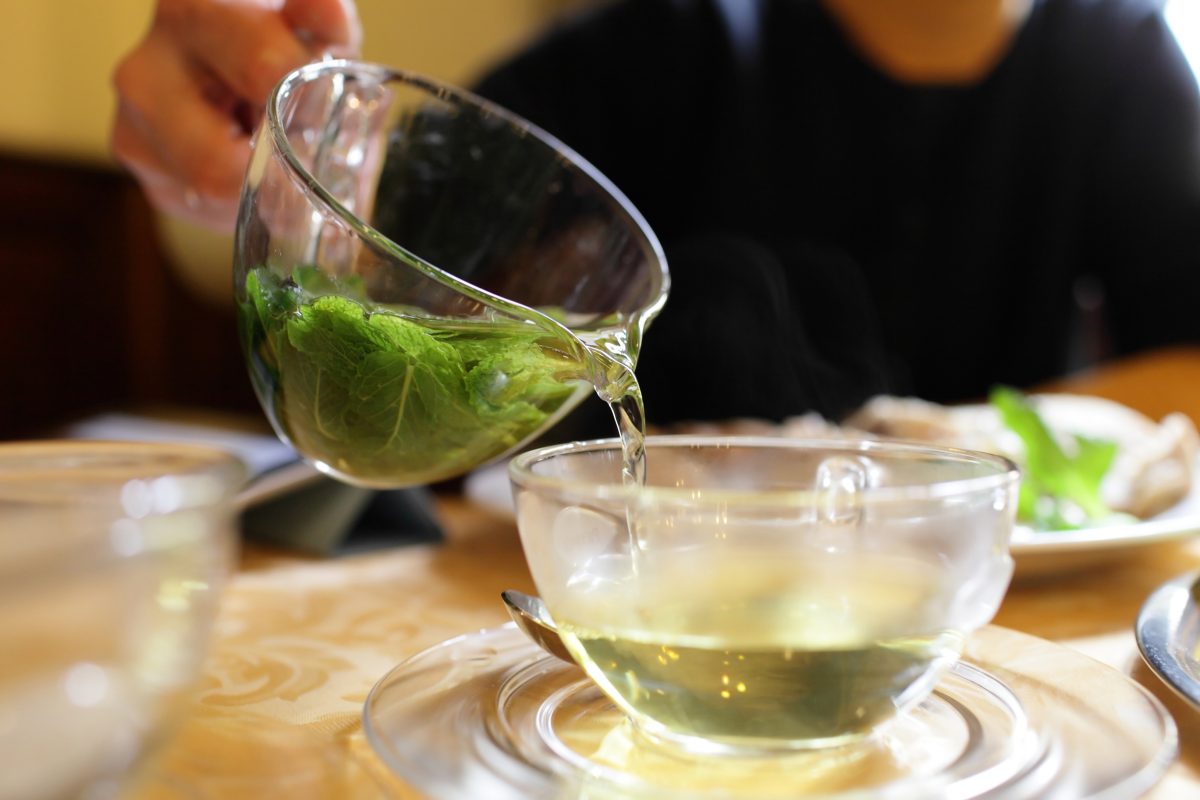 Next time you head into an important meeting or you are giving a speech, you might consider drinking a cup of peppermint tea. Why, you may ask? Because peppermint tea can increase memory—within twenty minutes.

In a release from the British Psychological Society’s Annual Conference in Nottingham, researchers reported they had found that peppermint tea can immediately increase short- and long-term memory.

Peppermint tea increased working memory and alertness compared to the other drinks.

The researchers, Dr. Mark Moss, Robert Jones, and Lucy Moss from Northumbria University in the U.K., tested 180 healthy subjects. They were randomly selected to drink peppermint tea, chamomile tea, or hot water. Before they consumed the tea, the researchers gave all the subjects questionnaires to rate their moods. Then 20 minutes after drinking the teas or water, they were tested with another questionnaire that measured their short- and long-term memory and other cognitive functions.

The researchers found that the peppermint tea significantly improved long-term memory in subjects. Peppermint tea also increased working memory and alertness compared to the other drinks.

Those who drank the chamomile tea showed a reduction of attention and memory compared to the peppermint tea and the hot water group.

Dr. Moss of Northumbria University commented on the research:

“It’s interesting to see the contrasting effects on mood and cognition of the two different herbal teas. The enhancing and arousing effects of peppermint and the calming/sedative effects of chamomile observed in this study are in keeping with the claimed properties of these herbs and suggest beneficial effects can be drawn from their use.”

Not the First Study

This is not the first time that peppermint has been linked to memory. Researchers tested 144 people who were exposed to the aromas of the essential oils of ylang-ylang, peppermint, or no aroma (control). The researchers tested their cognitive performance using the Cognitive Drug Research computerized assessment test.

Like the chamomile tea, the ylang-ylang aromatherapy decreased alertness, but also increased calmness.

What’s in Peppermint That Increases Memory?

Peppermint, or Mentha piperita or Mentha balsamea Willd, is a hybrid plant. A natural crossbreed between spearmint and watermint, true peppermint plants do not produce seeds. Rather, they must be cultivated by planting shoots.

After being cultivated for centuries in different parts of the world, peppermint now grows wild in many areas. Some regions now consider it a weed.

Peppermint’s main medicinal constituents include menthol, menthone, menthyl acetate, menthofuran, and cineol. It also contains pulegone, pinene, caryophyllene, and limonene. Each of these constituents contribute to its ability to help the body in a number of ways.

These include its ability to reduce nerve pain and muscle pain. It is also antibiotic and to some degree, antifungal. It also helps digestion and helps reduce inflammation of the mucosal membranes of the oral cavity and upper digestive tract.

Within the digestive tract, peppermint can help reduce gas (carminative) and helps stimulate the production of bile within the intestines. This helps digestion even further.

This bile secretion benefit was studied specifically, and peppermint’s menthol and limonene constituents were shown to promote bile secretion. The researchers noted that these should then help significantly decrease total cholesterol levels.

Some reports have mentioned that peppermint may not be so good for those who have excessive heartburn, however.

German Commission E has approved the use of peppermint as a treatment for most of the above.

Peppermint tea is also one of the most commercially available herbal teas in most of the Western world. It is also a good alternative to coffee and black tea in that it not only stimulates memory, but is itself a decent stimulant.

Get Your Digestive System Into Mint Condition

Case Adams is an herbalist and traditional naturopath. He is board-certified by the American Alternative Medical Association as an alternative medical practitioner, with diplomas in aromatherapy, Bach flower remedies, blood chemistry, clinical nutritional counseling, and colon hydrotherapy.This article was originally published on GreenMedInfo.com. Join their free GreenMedInfo.com newsletter.