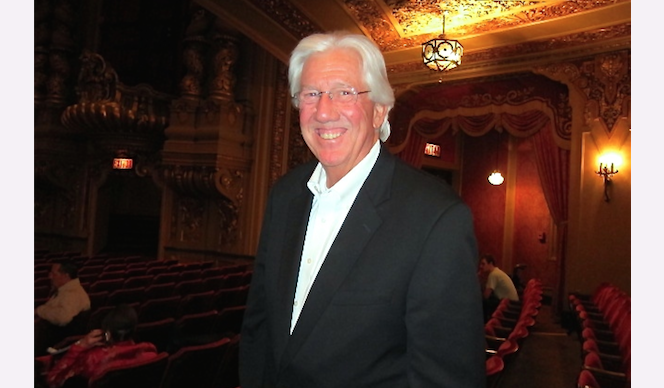 COLUMBUS, Ohio—Mr. Stephen Larsen was stunned by Shen Yun Performing Arts last year when he saw the company for the first time. “It left a lasting, certainly positive impression on me. It made me want to come back again. In fact, I looked forward to it. I wondered when it was coming, sort of awaiting its arrival,” he said.

This year, he saw the classical Chinese music and dance performance at the Ohio Theatre, on April 16.

“I was so captivated last year by this, you know, remarkable experience that I’d never had. So it’s a little different for me [this time] because it’s not a first time, but it’s still just remarkable,” he said.

Shen Yun, based in New York, puts on a totally new performance every year, from the costumes and backdrops, to the choreography and even the music—new compositions to accompany the new legends, myths or stories from current times that are depicted by classical Chinese dancers.

Mr. Larsen has had a varied career. He did graduate work in psychology and philosophy. He is a former developer and designer and has practiced Buddhism.

“I consider myself a Buddhist so I like that aspect,” he said. “There’s kind of a connection between the material and spiritual in this performance and it starts with … a kind of cosmology, kind of erupts out of the space, and then it seems like the good forces. … [They seem] to keep coming back to save the situation, which I think speaks truthfully.

“The human condition, things look pretty dark at times,” he said. But “there seems to be an overwhelming triumph of good over evil.”

“I believe they’re trying to bring some awareness of the communist exploitation of people,” he said.

Several of the dances depict the persecution in China today of people of faith.

Mr. Larsen said he empathized with those being repressed in China.

“It’s only faith, I believe, in a higher reality, a higher meaning, that sustains one in that kind of oppression,” he said.

He hopes that Shen Yun can have an impact on our world today. Shen Yun “throws up things you don’t normally see” he said, and he believes that because our world is increasingly materialistic, this performance can offer something very different.

“That’s I guess another thing I relish is the fact they’re celebrating 5,000 years of history and not just last year’s harvest,” he said.