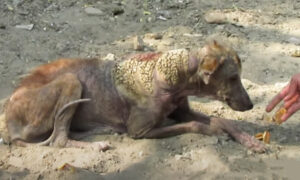 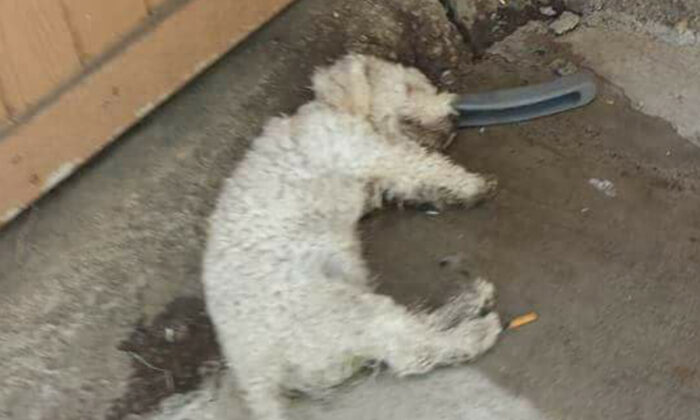 (Courtesy of The Abandoned Ones "Saving Animals in Danger")
Life & Tradition

Dog Was Tormented by Kids and Looked ‘Dead,’ but Came ‘Out of His Shell’ After Being Saved

A resident of Fort Worth, Texas, called an animal rescue center for help when she witnessed a stray poodle mix being tormented by juveniles in her neighborhood. She sent the rescue center a pitiful photo showing the unfortunate dog lying on a sidewalk, looking almost as though he were dead.

It was the summer of 2014 when Judy Obregon, founder of The Abandoned Ones, got the call and went looking for the poor pooch. “I started crying because I felt like I didn’t do enough,” she recalled after seeing the photo of the lifeless-looking dog. “I felt like I wasn’t there on time to get to this dog before he ended up in this situation.”

She visited several times but was unable to find him at first and expected to find no more than the dog’s lifeless body. When at last she did find the pooch, he was still very much alive but in need of urgent care, and still in danger, as the local kids liked to torture him.

To The Dodo, she recounted how neighbors had seen children tying a water hose around his neck. They would also spray the poor stray with water pistols, the rescue organization recounted in a Facebook post.

“When I came to him, he was still in the same spot, but his head was up,” she said. While still fearful, the demeanor of the pup, which she named Gully, completely changed as soon as he was in the safety of his rescuers’ car, to her surprise. Obregon recalled Gully giving her “kisses” on the way home.

Gully’s journey towards recovery wasn’t over yet, however. He spent two days at the vet’s, getting checked out, before moving into his foster home temporarily while awaiting a forever home and a loving human to take care of him.

After a few days, they soon saw Gully really coming out of his shell. “He was just so happy. There were times when I even think he smiled because he was so happy,” Obregon recalled. And by November 2014, he had been adopted into his very own forever home.

When the touching story was shared on the “I Love My Dog” Facebook page in April 2020, tens of thousands of people reacted with likes and shares, while hundreds commented on how the story touched their hearts and wished little Gully all the best in his new forever home.

One comment read, “I love happy endings. God bless the woman who saved Gully and his forever loving family.”

Another person remarked, “I’m so glad the dog was rescued, made a full recovery, had a great foster, and finally a forever home. It breaks my heart when I hear of animals being mistreated.”

One particularly poignant comment shared, “First of all! The adults should teach kids to be kind to animals, stray or not! Secondly! If anyone seen an animal being abused in anyway, should put a stop to it! People who see these happening and didn’t do or say something is as bad as the one who’s abusing the poor animal!”