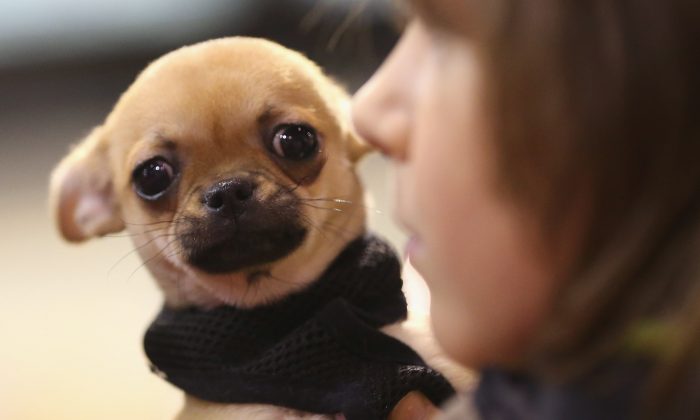 Fast forward to 2015. The U.S. pet population has grown to nearly half the human population, the highest concentration of pets in the world. Urban dogs and cats are no longer free range. We’re now expected to clean up after our pets, a process expedited by biodegradable poop bags, fragrant clay litter, and kitty bum wipes.

We have no sensible, sustainable infrastructure in place for disposing of pet waste.

Yes, we’ve commodified pet care big time. The American Pet Products Association estimates that we’ll spend $60.59 billion on our pets in 2015. But we do a disservice to our pets – lights of our lives, best friends, playmates and family members – as long as we deny our responsibility as their environmental stewards. Much has been written about our pets’ conspicuous consumption and carbon paw prints. But we overlook what’s in plain sight:  the simple fact that we have no sensible, sustainable infrastructure in place for disposing of pet waste.

There’s no way around it; the rascals generate mounds of poo.  Our 83 million dogs produce 11 million tons of waste each year—enough to fill more than 100 football fields 10 feet deep.  Our 93 million cats download five million tons (500,000 dump trucks full) of poop and litter per year.

Sixty percent of dog waste and most cat waste is bundled in plastic and trashed: streamed to sealed local landfills where it takes generations to degrade while emitting methane, a powerful greenhouse gas.  The plastic wrap is a forever gift to the universe. As for the 40% of dog waste left at ground zero, don’t kid yourself, poo is potent stuff.

For a small bay watershed (up to 20 square miles), two to three days of droppings from a population of 100 dogs contribute enough bacteria, nitrogen, and phosphorus to temporarily close a bay to swimming. Dog poop left along trails or walkways threatens native plants while spoiling urban landscapes. And it’s still your job to not step in it.

The EPA says “go for it” – go ahead and flush that dog doo down the toilet. Not real convenient or appealing, right?  The feds leave pet waste disposal to the states, which often delegate responsibility to local jurisdictions (“You take it…no, you take it”). Some districts offer residents rebates to purchase pet waste composting systems or sponsor pet waste recycling classes. Most say trashing is the only option, cautioning pet owners to “double bag it.”

Ah – but don’t we have bigger dogs in the race to zero waste?  Aren’t our huge quantities of food scraps and yard waste a bigger priority?  According to the EPA’s “Advancing Sustainable Materials Management: 2013 Fact Sheet,” food accounts for 14.6% of residential waste and has a paltry 2.1% recovery rate.  We have a better handle on recycling yard trimmings, which make up 13.5% of refuse but have a 23.6% recovery rate thanks to longstanding municipal collections and traditional composters.

The average dog poops more per day than the average person.

A 2006 San Francisco analysis found that pet poop comprised nearly 4% of residential waste. This might be a conservative figure since trash from pet business and parks wasn’t part of the tally. Why should we be concerned with 4% of the pie chart when food and yard waste add up to 28%?

But, when it comes to long-range planning, let’s be practical.  While we’re developing systems to efficiently boost food and yard waste recycling, shouldn’t we be combining pet waste and disposable diaper recovery with these two other source materials? Shouldn’t we be thinking our way around comingled pet waste, plastic bags, and clay litter at the product source?

The average dog poops more per day than the average person.  The average cat produces somewhat less waste but also generates an indeterminate amount of trashed litter. Throw in the tons of plastic we use in a foolhardy attempt to sanitize this absurd process.

Add it up and you find that U.S. pets in 2015 generate roughly the same amount of solid waste as the U.S. human population in 1959. Can you imagine an advanced country in 1959 not providing a practical sanitary disposal system that works for its 178 million people? I have a hard time wrapping my head around that one and hope you do, too.

“For a small bay watershed (up to 20 square miles), 2 to 3 days of droppings from a population of 100 dogs contribute enough bacteria, nitrogen, and phosphorus to temporarily close a bay to swimming and shellfishing.”  Pollution Prevention Management Measure