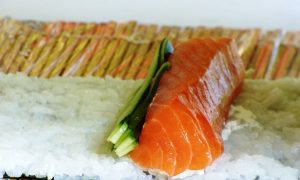 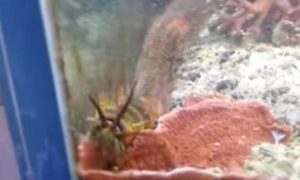 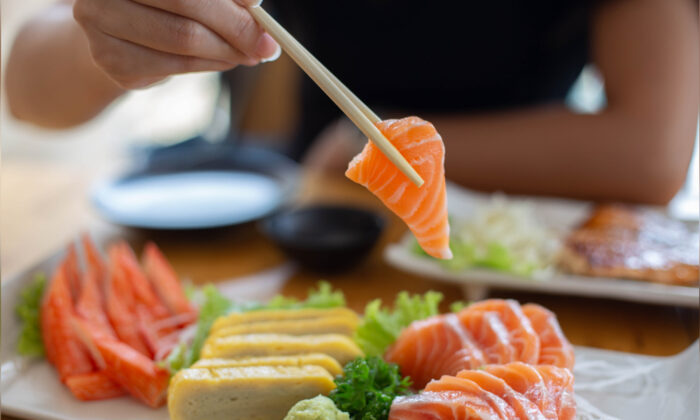 Doctors Remove 1.5-Inch Round Worm From Woman With Sore Throat After Eating Sashimi

It’s the stuff of nightmares.

Sushi lovers like to think the raw fish dish they enjoy is safe. That was not the case for an anonymous 25-year-old woman in Japan who arrived at St. Luke’s International Hospital in Tokyo complaining of a sore throat earlier this year.

The pain had persisted for the previous five days after consuming “assorted sashimi”—a raw fish dish.

From a simple examination of the woman’s throat, doctors spotted a black worm wriggling in the back of her esophagus. The worm was then removed directly with tweezers from her left tonsil, after which her symptoms “rapidly improved.” They determined the parasite to be Pseudoterranova azarasi, a type of round worm normally contracted from eating undercooked or raw fish.

The worm measured 38 millimeters (1.5 inches) long and 1 millimeter wide, and doctors noted it was “molting the outer cuticle” and concluded that it “was a fourth-stage larva of Pseudoterranova azarasi.”

These parasites ordinarily settle in the stomach and require an endoscopy to remove; a throat infection from the worm is rare but has been known to cause pain, cough, and “tingling throat syndrome.”

The case report from St. Luke’s was released on July 8 in the American Journal of Tropical Medicine and Hygiene, and it noted that the number of parasitosis infection cases from raw fish “has markedly increased worldwide.” Another study, from UW School of Aquatic and Fishery Sciences, also observed a rise in sushi parasites in recent decades. The study’s author, assistant professor Chelsea Wood, found a 283-fold spike in cases of Anisakis worms found in raw fish since the 1970s.

“At every stage of seafood processing and sushi preparation, people are good at finding worms and removing them from fish,” Wood noted.

She added, “That’s important to know from a public health standpoint, and for understanding what’s going on with marine mammal populations that aren’t thriving.”

Such infections are found more commonly in coastal areas and particularly in Japan, where raw fish dishes such as sushi and sashimi are popular.