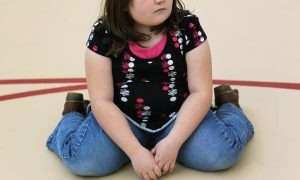 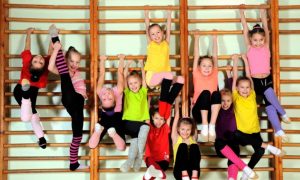 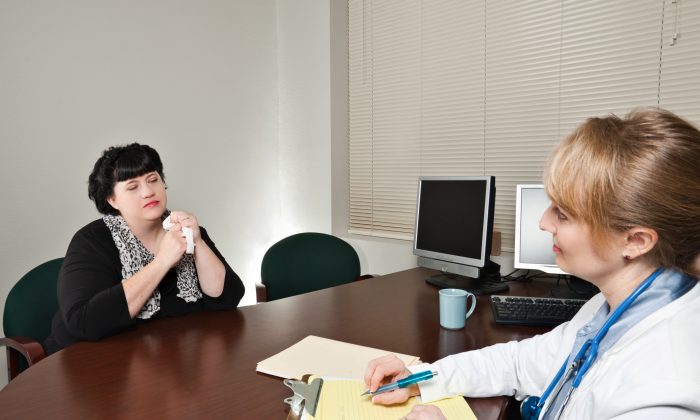 A study of 600 patients found 21 percent felt judged by their doctors because of their weight. (Jami Garrison/photos.com)
Health News

Overweight and obese people who feel their physicians are judgmental of their size are more likely to try to shed pounds but are less likely to succeed, according to results of a study by Johns Hopkins researchers.

The findings, reported online last week in the Journal of Preventive Medicine, suggest that primary care doctors should lose the negative attitudes their patients can sense if the goal is to get patients with obesity to lose 10 percent or more of their body weight—an amount typically large enough to reduce blood pressure, cholesterol, and diabetes risk.

“Negative encounters can prompt a weight loss attempt, but our study shows they do not translate into success,” says study leader Kimberly A. Gudzune, M.D., M.P.H., an assistant professor in the Division of General Internal Medicine at the Johns Hopkins University School of Medicine.

“Ideally, we need to talk about weight loss without making patients feel they are being judged. It’s a fine line to walk, but if we can do it with sensitivity, a lot of patients would benefit,” Gudzune says.

The U.S. Preventive Services Task Force has recommended that health care providers counsel obese patients to lose weight, and the Centers for Medicare and Medicaid Services now covers some behavioral counseling related to weight loss. But Gudzune and her team suspected the pervasiveness of negative provider attitudes and weight stigma may be limiting the effectiveness of advice from primary care providers for these patients.

To test that idea, the researchers conducted a national Internet-based survey of 600 adults with a body mass index of 25 or more who regularly see their primary care doctors. The participants were asked, “In the last 12 months, did you ever feel that this doctor judged you because of your weight?” Twenty-one percent of participants said they believed they had been.

Further, 96 percent of those who felt judged did report attempting to lose weight in the previous year, compared to 84 percent who did not. But only 14 percent of those who felt judged and who also discussed weight loss with their doctor lost 10 percent or more of their body weight, while 20 percent who did not feel judged and also discussed shedding pounds lost a similar amount.

Overall, just two-thirds of participants reported that their doctors brought up weight loss.

“Many doctors avoid the conversation because they don’t want to make anyone feel bad, worrying they’ll create a rift with their patients if they even bring it up. But that is not in the patients’ best interest in terms of their long-term health,” Gudzune said.

Gudzune, whose own practice focuses on obesity, said that doctors might need to be taught how to talk about the topic in ways that make patients feel understood and supported.

She says it is also helpful to start with smaller weight loss steps, such as a 10 percent reduction in weight. A larger long-term goal of, say, losing 70 or 100 pounds can be a setup for frustration and failure when tackled all at once.

“We don’t want to overwhelm them,” she says. “If we are their advocates in this process—and not their critics—we can really help patients to be healthier through weight loss.”