Hospital says doctor was an independent contractor, not an employee
Health News 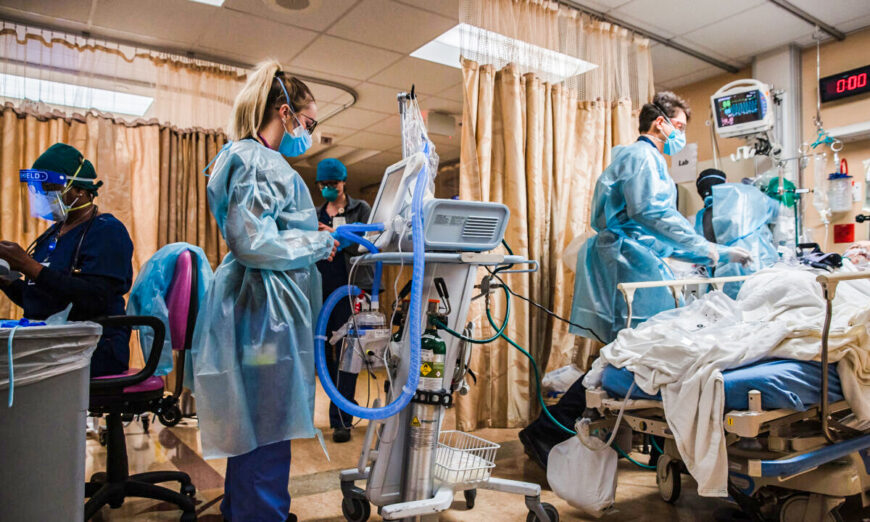 A Mississippi doctor said he was fired for attempting to treat COVID-19 patients with ivermectin, which is approved by the Food and Drug Administration (FDA) to treat parasites, although the hospital in question said he was not an employee but instead was an independent contractor.

Dr. John Witcher, an emergency room physician at the Baptist Memorial Hospital in Yazoo City, said was “told not to come back” after taking several COVID-19 patients off Remdesivir, which is approved by the FDA to treat the virus, and allowed them to use ivermectin.

“I was very surprised that I was basically told to not come back at the end of the day,” Witcher said on the Stew Peters podcast. “These patients were under my direct care, and so I felt like taking them off Remdesivir and putting them on ivermectin was the right thing to do at the time.”

Baptist Memorial told news outlets that Witcher “no longer practices medicine as an independent physician” at the Yazoo City facility, adding that he was an independent contractor, not an employee at the facility.

The hospital system said that it follows “the standards of care recommended by the scientific community and our medical team in the prevention and treatment of COVID-19” such as vaccines and monoclonal antibody treatments.

“I was there at the hospital for three days straight in the ER and so I felt like this would be a good opportunity to try ivermectin on these inpatient patients that I had been following very closely and just see how well it worked,” Witcher remarked.

The hospital couldn’t prescribe ivermectin, he said, adding that he had to call a local pharmacy. The pharmacy, Witcher said, then delivered the drug to the hospital and switched their prescriptions from Remdesivir to ivermectin.

However, according to Witcher, Baptist Memorial severed ties with him before he could administer the ivermectin.

“There’s a first time for everything, but I wouldn’t say it was experimental,” he said. “There’s been plenty of evidence with patients right here in Mississippi that have taken ivermectin, and they’ve done well.”

There have been reports of severe COVID-19 cases recovering from the disease after taking ivermectin, a relatively inexpensive drug compared to Remdesivir. A lawyer for the family of a 71-year-old man, Son Ng, told The Epoch Times earlier this month that Ng’s life was “most definitely” saved by taking ivermectin “because his condition changed right immediately after” he took the drug.

Baptist Memorial didn’t immediately respond to a request for comment.