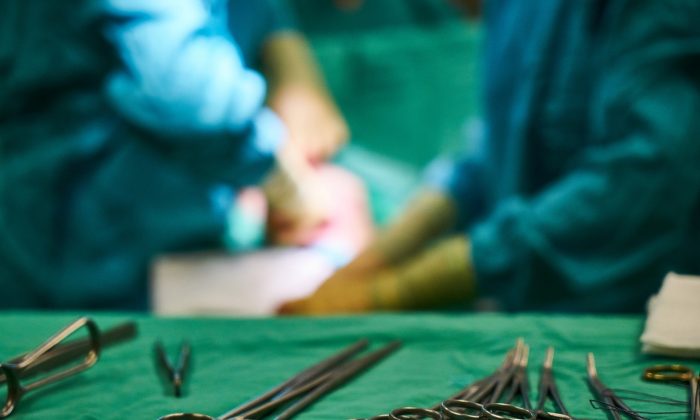 A 59-year-old man from Denmark received an unusual diagnosis when he visited the doctor to complain about a stuffy nose and the gradual loss of his sense of smell over the last two years.

Doctors at the Aarhus University Hospital found a mucous-covered mass on the floor of the man’s nasal cavity after a CT scan, reported Livescience.com. They suspected that it was a dermoid cyst—a saclike growth that could have hair or other features—or an impacted tooth.

But when they removed the mysterious lump with a pair of forceps, they were surprised to find that it was a wayward tooth covered with inflamed nasal tissue.

Man who couldn’t smell stuns doctors who find a TOOTH growing up his nose https://t.co/Nu9t23q2k9

The rare medical case was recorded in the journal BMJ Case Reports published on Feb. 21. According to the study, the case is so rare that it only happens in just 0.1 to 1 percent of patients, reported the news website.

“A retained nasal tooth is rare, and the symptoms are variable. It can resemble other diseases such as chronic rhinosinusitism,” according to the authors of the study.

During a follow-up check, doctors said the man did not show any more signs of abnormal nasal symptoms.

The doctors are still baffled as to what caused the tooth to grow there, or how long it had been present.

They wrote, “in our case, there was no obvious explanation,” but they also noted that the man had suffered a facial trauma in his youth where his jaw and nose were fractured. Trauma and infection have been known to cause teeth growing in noses in the past, as well as a cleft lip or cleft palate.

However, the study noted that the man’s tooth had likely been present for most of his life, and he had only begun experiencing symptoms after the area became inflamed.

The nose is not the only bizarre place teeth have been known to grow. A 4-month-old child had teeth removed from a brain tumor, Livescience.com reported in 2014.

In that case, reported in the New England Journal of Medicine, doctors were removing the tumor from the child’s head when they found several fully formed teeth. The boy from Maryland may be the first person to have teeth develop inside his brain due to the rare tumor.

Dr. Narlin Beaty, a neurosurgeon who performed the boy’s surgery, said researchers have suspected that the craniopharyngioma—a rare brain tumor—are from the same cells responsible for making teeth, but none have had teeth growing inside.

“It’s not every day you see teeth in any type of tumor in the brain. In a craniopharyngioma, it’s unheard of,” Beaty said, reported the news website.

Beaty did say that teeth have been found in tumors before, but usually in teratomas—a tumor made up of several different types of body tissue.