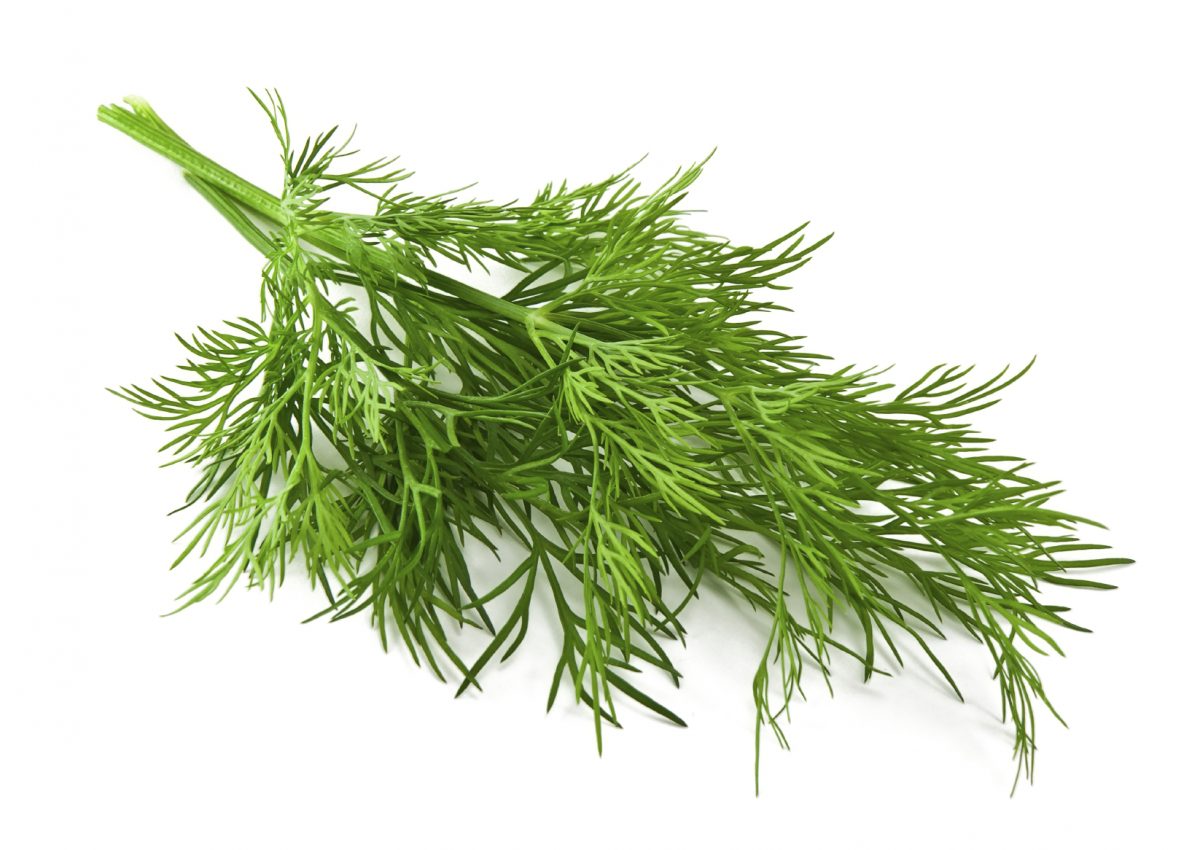 Dill is beloved for its flavor, but researchers are finding new dimensions to this delicious herb
BY GreenMedInfo TIMEAugust 26, 2022 PRINT

Dill is chock-full of nutrients and compounds that are widely used for reducing excess gas, aiding in digestion, and boosting the immune system. But the perks don’t end there: dill also provides strong antibiotic properties.

People have appreciated Anethum graveolens, commonly known as dill, for thousands of years for its taste and medicinal uses. Both seeds and leaves give off a strong, tangy flavor that can enhance other food.

Most of dill’s medicinal properties are thought to come from compounds known as monoterpenes, along with minerals, certain amino acids, and flavonoids. Based on the USDA National Nutrient Database, dill contains a significant amount of vitamins A and C, as well as folate, iron, and manganese in trace amounts.

For babies, dill seed is a handy natural remedy. It’s deemed a miracle for infant colic, earning the title “the secret of British nannies” as it acts as the active ingredient in “gripe water,” the colic treatment taken in the British empire.

Dill as a Natural Antibiotic

Dill has been widely investigated for its antimicrobial action, showing potential against several bacteria strains such as Staphylococcus aureus, and the growth of a plant pathogen that causes a dangerous disease in wheat and barley.

In 2009, researchers probed the antibacterial properties of dill, fenugreek, and the herb ajwain, analyzing their aqueous and organic seed extracts as well as isolated phytoconstituents. Their antibiotic effect was also compared with certain standard antibiotics used today.

The findings: their extracts showed significant antibacterial activity against all the bacteria tested, except Klebsiella pneumoniae and one strain of Pseudomonas aeruginosa. The antibacterial efficacy demonstrated by the plants provided a scientific basis for their use in homemade remedies. In addition, isolating and purifying various phytochemicals from these herbs may lead to the development of notable antibacterial agents.

A 2005 study isolated three known compounds from dill and concluded that they exhibited antibacterial action against a panel of rapidly growing mycobacteria.

Research from 2007 also studied how the essential oils from three plants—spearmint, dill and peppermint—enhanced the antibacterial activity of nitrofurantoin, an antibiotic, against enterobacteria, which includes E. coli, salmonella, and other bacteria. The scientists found that spearmint and dill had the highest antimicrobial activity, containing 40.12 percent and 20.32 percent carvone, one of dill’s monoterpenes, respectively, which increased nitrofurantoin’s antibiotic activity.

Other studies found dill extracts to be beneficial in killing a few fungal strains, from the mold Aspergillus niger to the common yeast Candida albicans. Besides being an effective microbial killer, the herb also proved helpful in reducing menstrual cramps and fighting depression.

Dill has exhibited impressive flexibility as a medicinal food. As the battle against antibiotic resistance rages on (due to indiscriminate or improper use of antibiotic drugs), this natural remedy offers a safer way to combat harmful bacteria. To learn more about dill’s disease-fighting potential, be sure to review GreenMedinfo’s research database on the topic.

The GMI Research Group (GMIRG) is dedicated to investigating the most important health and environmental issues of the day. Special emphasis will be placed on environmental health. Our focused and deep research will explore the many ways in which the present condition of the human body directly reflects the true state of the ambient environment. Join the free GreenMedInfo.com newsletter. This article was originally published on GreenMedinfo.com