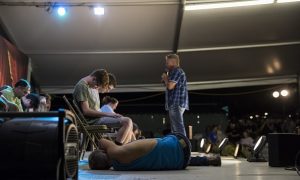 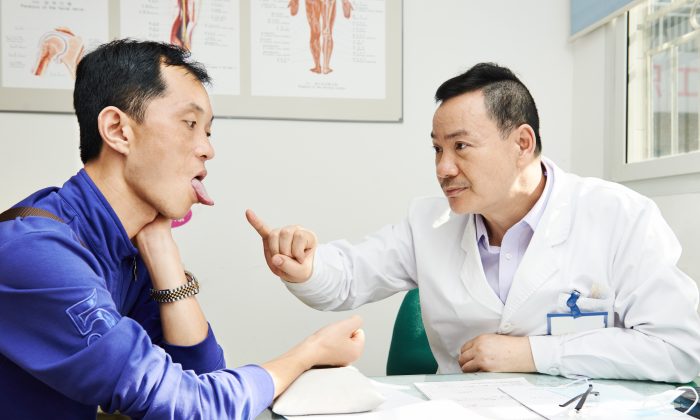 During a traditional Chinese medicine consultation, the doctor may ask to see your tongue to check its color, coating, and whether it is swollen. These qualities can indicate different potential conditions. (Dmitry Kalinovsky/Shutterstock)
Lifestyle

Digestion According to Traditional Chinese Medicine

The relationship between food and well being according to the world's oldest form of medicine
By Dr. Melissa Carr

What foods should I eat? For my patients, both with and without digestive health issues, this is a common question. My answer is not that simple. Traditional Chinese medicine (TCM) principles have me change my recommendations from person to person, as well as from season to season. There is no perfect diet for everyone because we are not all the same and our different external environments also affect our bodies.

TCM is the second largest, and the oldest, continuously practiced professional medicine in the world, used by one-third of the global population. Before we can discuss TCM treatments for digestive health, we need to understand the basics of digestion from a TCM perspective.

Digestion starts in the mouth. When you go for a TCM consultation, don’t be surprised when you are asked to stick out your tongue. The tongue is the only internal organ that we, as TCM doctors, can ask to see. Unfortunately, we can’t ask you to pull out your liver or stomach.

Observation of tongue color (should be pink), the coating on the tongue (should be thin and white), and the shape and size of the tongue reveal clues as to what is occurring in the body. If, for example, you have a swollen tongue with a thick coating on it, then perhaps some of the symptoms you suffer from include bloating and borborygmus (a fancy name for rumbling tummy caused by intestinal gas). A TCM doctor would have you limit or avoid phlegm-producing foods like dairy, wheat, and bananas. If your tongue is red, dry, and thin, your symptoms may include heartburn, constipation, or hemorrhoids, and a TCM doctor would advise you to avoid spicy foods.

Let’s follow food digestion down from the mouth to the stomach. TCM envisions the stomach as a cooking pot. When food reaches the pot, it is partly broken down by the cooking process. This continues the digestive process that began in the mouth.

Since a pot requires fire or heat to cook food, TCM recommends the avoidance of excess cold and raw foods such as rice, ice cream, and ice water. Instead, the emphasis is on easier digestion with foods like lightly steamed vegetables, and during colder seasons, more soups and stews.

If you do not have enough digestive fire, your metabolism may be too slow. Symptoms may include bloating, undigested food in the stools, and pain that is reduced by warmth.

If you have too much digestive fire, you may suffer from heartburn, an insatiable appetite, or constipation.

Because foods can have an innate warmth or coolness, you may want to eat foods appropriate to your constitution, as well as to the weather. For example, spicy foods are heating, but too much or too hot may cause digestive irritation. More suitable warming foods include ginger, cinnamon, fennel, winter squash, sweet potato, kale, oats, spelt, and quinoa.

The next organ involved in TCM digestion is the spleen. The spleen and pancreas together are termed the spleen system. If you suffer from bloating, soft stool/diarrhea, undigested food in your stools, fatigue, and/or poor appetite, your TCM practitioner will likely say you have a spleen energy deficiency.

One of the spleen’s jobs is to transform food and fluid into useful nutrients and to transport those nutrients to where they are needed in the body. Treatments include foods like squash, carrots, yams, well-cooked rice, ginger, and small amounts of honey or molasses in your diet, while limiting or excluding dairy, citrus, fried or heavy foods, and too much sugar.

The liver helps cleanse the blood and detoxify the body. It also secretes bile which is stored in the gallbladder. Bile is required for the proper digestion of fats. In TCM, poor quality fat, intoxicants, chemicals, and denatured foods are known to cause problems with the liver. In addition, the TCM liver soothes and smoothes the functions of the whole body, including the emotions.

A person whose liver system is not functioning properly will likely have emotional struggles such as irritability, frustration, aggression, impatience, stubbornness, and anger. Dandelion root or greens, milk thistle, artichoke, and chlorophyll-rich foods such as spirulina, wheatgrass, and chlorella may be helpful. Because stress can particularly aggravate problems with this system, it is also important to find ways to relax and manage stress.

The small and large intestines absorb nutrients and eliminate digestive waste. In order for this to happen properly, the intestines must have healthy cells lining the walls, and the muscles must be able to contract rhythmically (peristalsis) to move matter along. Sufficient fiber and water are also needed to ensure proper elimination, but I’m sure you already know that.

If you do suffer from constipation, then avoid alcohol, yeasted bread, foods with baking powder or baking soda, and refined “white” foods such as white bread, white pasta, white sugar, and white rice. General foods to take for chronic diarrhea are rice or barley broth, leek, eggplant, sunflower seeds, yam, and adzuki beans.

While many of TCM’s wordings for how the digestive system works are different from conventional allopathic medicine, the basic principles are similar. Eat healthy, whole foods, limit junk foods, chew your food well, eat regular meals, and enjoy!

Dr. Melissa Carr is a registered doctor of TCM and began her career in health with a bachelors degree in human kinetics. After spending two years in Japan, one of which was spent doing research at Ehime University School of Medicine, she completed a 4-year training for doctor of traditional Chinese medicine at the International College of Traditional Chinese Medicine. This article was originally published on NaturalySavvy.com