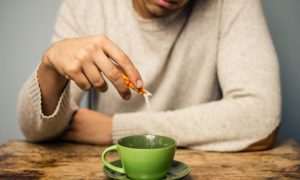 Sucralose vs. Aspartame: Which of These Top 2 Artificial Sweeteners is the Better Choice?
0
Share Now
TelegramFacebookTweetEmailTellMeWeReddit
Copy Link 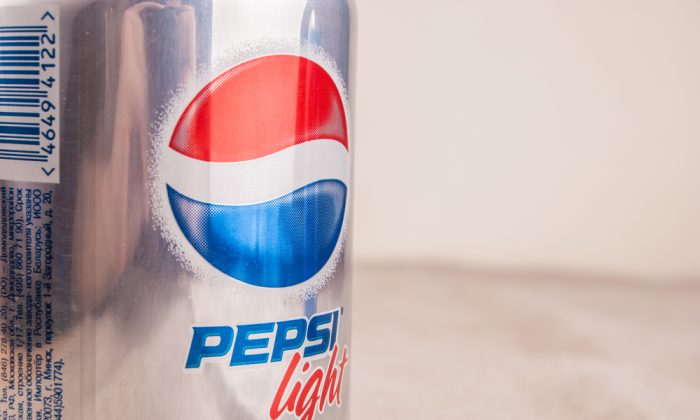 By Gabe Mirkin
biggersmaller
Print
The artificial sweetener in Diet Pepsi, aspartame, will be changed to two others, sucralose and acesulfame, in response to a 5 percent drop in sales in the United States last year.
These artificial sweeteners have all been called safe by the Food and Drug Administration, but PepsiCo Inc. apparently believes that customer concerns about aspartame are hurting sales. Diet Coke also contains aspartame, and its sales dropped by more than 6 percent last year.

Studies on Safety of Artificial Sweeteners

Aspartame: Several studies show increased tumor growth in rats given dosages of aspartame equivalent to those in humans (European Journal of Oncology, July, 2005;10 and Annals of Oncology, 2004;15:1460-1465). However, more than 100 subsequent studies failed to associate tumors with aspartame. People with a genetic disorder called phenylketonuria should not take it because they lack the ability to break down byproducts of aspartame.
Sucralose: Most studies show that it is safe even though an Italian animal study showed an association between sucralose and increased risk for leukemia.
Acesulfame: More than 100 studies show it is safe, even though one study shows that it increases insulin secretion, which suggests that it could increase risk for weight gain and diabetes (Hormone and Metabolic Research).

May Increase Risk for Weight Gain and Diabetes

Artificial sweeteners appear to change the huge colony of bacteria in our intestines to favor the harmful bacteria that increase risk for diabetes and weight gain. Scientists fed 10-week-old mice drinks containing one of the following:

The amount of each given to the mice was equivalent to four diet sodas per day for a human. After one week, the mice fed diet drinks had higher than normal blood sugar levels in response to eating sugar, while those that drank sugared water or plain water did not.

Saccharin, aspartame, and sucralose are chemically very different from each other, but they all caused the same abnormal rise in blood sugar. A high rise in blood sugar after eating sugar is called “glucose intolerance,” which is a marker for diabetes and increased risk for heart attacks.

The scientists then gave antibiotics (ciprofloxacin/metronidazole or vancomycin) to the mice who had been given artificial sweeteners and found that this prevented the high rises in blood sugar. This implied that changes in the intestinal bacteria had caused the rise in blood sugar because killing the changed bacteria (with the antibiotics) returned the mice to normal.

Then they injected intestinal bacteria from saccharin-drinking mice into mice who had never had saccharin, and the mice developed very high blood sugar levels after eating sugar. DNA tests showed that the transplanted bacteria now lived in their intestines and were causing the same high rise in blood sugar that occurred in the mice fed artificial sweetener.

For six days they fed saccharin to seven people who had previously avoided artificial sweeteners, and four of them developed high blood sugar levels. Next they injected bacteria from humans fed saccharin into mice intestines, and the mice developed high blood sugar levels after being fed sugar. They showed that the intestines of the mice fed artificial sweeteners had increased amounts of short-chain fatty acids, which are readily absorbed into the bloodstream.

This was the first study to show that intestinal bacteria are changed by artificial sweeteners.

Artificial sweeteners and many other carbohydrates in the food that you eat are not absorbed directly from your intestines. However, this study suggests that artificial sweeteners change your gut bacteria, and the new bacteria are able to break down non-absorbable chains of sugars and starches into short-chain fatty acids.

Short-chain fatty acids are readily absorbed from your colon to provide extra calories from a wide variety of foods that you eat. As you absorb more calories from carbohydrates than you normally do, your blood sugar will rise higher, and you are likely to gain weight and increase your risk for diabetes.

Trillions of bacteria live in your intestines. You have more bacteria in your intestines than you have cells in your body. Research on gut bacteria is probably the hottest area of medical research today under the umbrella of the huge Human Microbiome Project funded by the U.S. National Institutes of Health (NIH).

This study will undoubtedly be followed by hundreds of more detailed experiments to clarify the effects of artificial sweeteners on intestinal bacteria and whether they increase risk for diabetes and obesity.

More research is needed, but I would not wait for future studies. I recommend avoiding regular use of artificial sweeteners. Drink water or unsweetened beverages and severely limit sugar-sweetened foods, except during prolonged exercise.

Gabe Mirkin, M.D., has been a practicing physician for over 50 years. He is board-certified in sports medicine, allergy and immunology, pediatrics, and pediatric immunology. This article was originally published on DrMirkin.com. Subscribe to their free weekly Fitness & Health newsletter.

*Image of “Pepsi” via Romas_Photo / Shutterstock.com