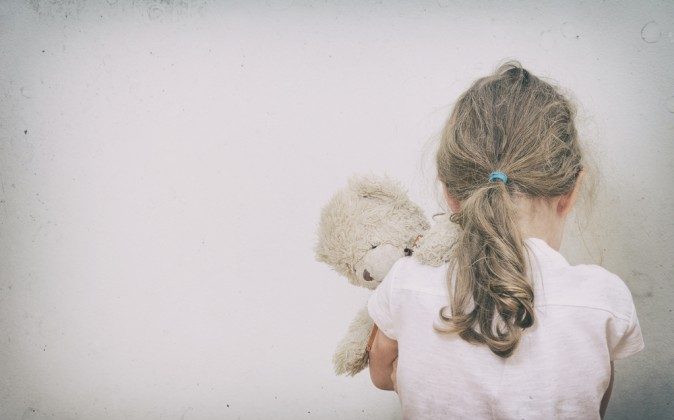 Children diagnosed with depression in preschool are 2.5 times more likely to have the condition in elementary and middle school, report researchers.

“But the good news is that if we can identify depression early, perhaps we have a window of opportunity to treat it more effectively and potentially change the trajectory of the illness so that it is less likely to be chronic and recurring.”

The investigators followed 246 children, now ages 9 to 12, who were enrolled in the study as preschoolers when they were 3 to 5 years old. The children and their primary caregivers participated in up to six annual and four semiannual assessments. They were screened using a tool called the Preschool Feelings Checklist, developed by Luby and her colleagues, and evaluated using an age-appropriate diagnostic interview.

As part of the evaluation, caregivers were interviewed about their children’s expressions of sadness, irritability, guilt, sleep, appetite, and decreased pleasure in activity and play.

In addition, researchers used two-way mirrors to evaluate child-caregiver interactions because the team’s earlier research had shown that a lack of parental nurturing is an important risk factor for recurrence of depression.

The study was designed to follow children as they grew and to evaluate them for depression and other psychiatric conditions. However, if children were found to be seriously depressed or in danger of self harm, or if their caregivers requested treatment, they were referred to mental health providers.

Currently, there are no proven treatments for depression that arises in the preschool years. Even in depressed adults, available treatments and medications are effective only about half the time.

At the start of the study, 74 of the children were diagnosed with depression. When the researchers evaluated the same group six years later, they found that 79 children met the full criteria for clinical depression based on the Diagnostic and Statistical Manual of Mental Disorders, Fifth Edition (DSM-V). This manual contains the American Psychiatric Association’s most up-to-date official guidelines for diagnosing and treating psychiatric illnesses.

Luby’s group also found that school-age children had a high risk of depression if their mothers were depressed. And they noted that children diagnosed with a conduct disorder as preschoolers had an elevated risk of depression by school age and early adolescence, but this risk declined if the children were found to have significant maternal support.

But neither a mother with depression nor a conduct disorder in preschool increased the risk for later depression as much as a diagnosis of depression during preschool years.

“Preschool depression predicted school-age depression over and above any of the other well-established risk factors,” Luby explains. “Those children appear to be on a trajectory for depression that’s independent of other psychosocial variables.”

What Can Doctors Do?

Luby says her findings continue to contradict doctors and scientists who have maintained that children as young as three or four could not be clinically depressed. She advocates including depression screenings in regular medical checkups for preschoolers, but she says such monitoring is unlikely to begin anytime soon.

“The reason it hasn’t yet become a huge call to action is because we don’t yet have any proven, effective treatments for depressed preschoolers,” she explains. “Pediatricians don’t usually want to screen for a condition if they can’t then refer patients to someone who can help.”

Luby now is testing potential parent-child psychotherapies that appear promising for preschoolers with depression, but it’s too early to determine whether they work.