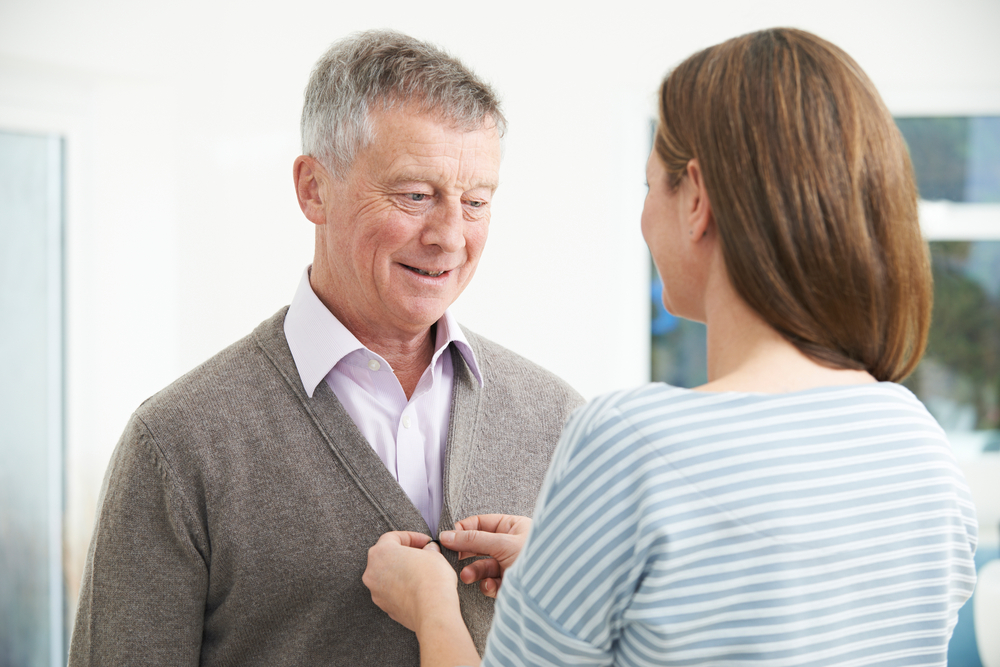 Dementia is growing worldwide, recent research argues that this disease is on the rise. (Shutterstock)
Alzheimer's Disease

Dementia on the Rise Worldwide: An Explainer and Research Roundup

Absent effective treatments, the number of people with Alzheimer's disease and other dementias is expected to increase in the coming decades, while racial and ethnic disparities will continue to persist, studies show.
BY Naseem S. Miller TIMEFebruary 23, 2022 PRINT

The estimated number of people with dementia is expected to increase to 153 million by 2050 worldwide, compared with an estimated 57 million cases in 2019, according to recent projections published in The Lancet Public Health.

The study, published in January, adds to the body of evidence that dementia will continue to be among the leading causes of death and disease worldwide, unless effective treatments enter the market and nations begin to address some of the common risk factors for dementia, including obesity, diabetes and smoking.

Dementia is not a specific disease. It’s a general term that refers to a collection of symptoms such as memory loss, cognitive impairment and personality changes that interfere with daily life.

The symptoms are caused by disease processes that lead to the death of brain cells. Researchers have been trying to find out how to stop or prevent that from happening.

There are several common forms of dementia:

Dementia is not a normal part of aging, although it is most commonly diagnosed among older adults. Nearly 10 million new cases of dementia are diagnosed around the world each year, according to the World Health Organization, making it the seventh leading cause of death.

Older African Americans and Hispanics are disproportionately more likely than whites to have Alzheimer’s disease or other dementias. According to some estimates 18.6% of African Americans and 14% of Hispanics 65 years and older have Alzheimer’s disease compared with 10% of whites. For reasons yet unknown, the rate of dementia is also higher in women than in men across races and ethnicities.

Pinning down the numbers for different forms of dementia is difficult, because to get the most accurate diagnosis, patients need to have a brain scan and that technology is costly and not available to everyone. So, many people are diagnosed based on their symptoms. If their doctor lacks expertise in dementia diagnosis, a patient might just receive an Alzheimer’s diagnosis by default, says McCarthy.

Meanwhile, research has shown that dementia, including Alzheimer’s disease, is underdiagnosed.

“Only about 50% of the people with Alzheimer’s disease are diagnosed,” says McCarthy.

There are currently no drugs that reverse dementia. Aduhelm, which was approved in June 2021 by the U.S. Food and Drug Administration, is the first new treatment approved for Alzheimer’s since 2003. It targets beta-amyloid plaques, which can kill brain cells and are a hallmark of Alzheimer’s disease. However, there are still questions about whether the treatment actually slows memory loss. The drug has also been controversial in terms of cost, safety and the accelerated process through which it was approved. (For a detailed explanation of the controversy surrounding Aduhelm, see our explainer on the FDA’s accelerated approval process.)

In addition to the search for an effective drug, a few areas are currently of special interest to scientists.

One area, which is new, is the connection between the COVID-19 infection and long-lasting or permanent damage to the brain. For now, preliminary studies hint at a potential link between coronavirus infection and “brain fog.”

Researchers also continue to make progress in finding biomarkers in the blood that can signal changes in the brain, similar to how diabetes is diagnosed with blood tests.

A third area of interest is prevention, with a focus on risk factors such as types of diet, level of exercise, impact of social engagement and chronic diseases like diabetes.

“So just taking care of your brain from the very get-go is going to put you in a better position as you age,” says McCarthy.

Researchers are also looking at barriers in accessing care and how societal and structural disparities, such as exposure to stress, air pollution and racism can increase a person’s risk of developing dementia.

Below, we’ve gathered several reports and studies that can help journalists add context and data to their stories.

The study is part of the 2019 Global Burden of Disease Study, which is a worldwide observational epidemiological study led by the Institute for Health Metrics and Evaluation at the University of Washington. The GBD study has been examining various health trends regularly since 1990, with data from 204 countries and territories, 369 diseases and injuries and 87 risk factors. In their most recent analysis, researchers forecast the prevalence of dementia, including the role of three risk factors — obesity, diabetes and smoking. They leveraged country-specific estimates of dementia prevalence from the 2019 GBD study to project dementia prevalence globally, by world region and at the country level by 2050.

Other study findings include:

What the authors write: “Growth in the number of individuals living with dementia underscores the need for public health planning efforts and policy to address the needs of this group,” they write. “Given that there are currently no available disease-modifying therapies, appropriate emphasis should be placed on efforts to address known modifiable risk factors.” They add that countries need to address structural inequalities to make a meaningful change in dementia rates.

The study was funded by the Bill & Melinda Gates Foundation and Gates Ventures.

This special report accompanies the Alzheimer’s Association’s 2021 Facts and Figures report and is a first for the association. It examines perspectives and experiences of Asian, Black, Hispanic, Native and white Americans about Alzheimer’s and dementia care. The results are based on online surveys of 2,491 U.S. adults and 1,392 current or recent caregivers of adults 50 years and older with cognitive issues. The surveys were conducted between October and November 2020. They do not include people with dementia.

The surveys show that half of Black respondents who were not caregivers reported having experienced discrimination when seeking health care. The rate was 42% for Native Americans, 34% for Asian Americans and 33% for Hispanics. It also shows:

Key takeaway: “Overall, the results of the Alzheimer’s Association surveys indicate that despite ongoing efforts to address health and health care disparities in Alzheimer’s and other dementias, there is still much work to do,” according to the report. “The data suggest that discrimination and lack of diversity in the health care profession are significant barriers that demand attention.”

The study uses data from the Chicago Health and Aging Project, which enrolled participants 65 years and older in four Chicago neighborhoods from 1993 to 2012, with 10,342 participants over the project’s period. Using the data, researchers estimated the 2020 U.S. prevalence of Alzheimer’s disease and mild cognitive impairment (an early stage of memory loss). They then used the U.S. Census projections for population demographics from 2020 through 2060.

The takeaway: “The number of people with [Alzheimer’s disease] will increase as the “baby boom” generation reaches older ages, exerting a strong upward influence on disease burden,” the authors write.

The study investigates whether racial disparities in dementia prevalence and incidence changed in the U.S. between 2000 and 2016. It uses the Health and Retirement Study, a longitudinal study that surveys a representative sample of approximately 20,000 people 50 years and older in the U.S. Researchers focused on data from non-Hispanic white and non-Hispanic Black participants 70 years and older.

Context: Studies have shown that Black people are almost twice as likely as whites to have dementia. These disparities are attributed to the cumulative effects of structural racism, which can affect brain health various mechanisms, the authors explain. The National Alzheimer’s Project Act was signed into law in January 2011 to create a national plan to increase research on Alzheimer’s disease and other forms of dementia. It also calls for decreasing disparities in minority populations at a higher risk of Alzheimer’s disease.

The findings: “There was no evidence to suggest either narrowing or widening of relative racial disparities in dementia prevalence or incidence,” the authors write. Black participants 70 years and older had an approximately 1.5 to 1.9 times higher prevalence of dementia compared with whites between 2000 and 2016.

The study has an accompanying editorial by Carl Hill, the chief diversity, equity and inclusion officer for the Alzheimer’s Association. “Health equity can be achieved when all people have access to resources that help them to realize their full potential, despite socioeconomic position or socially determined circumstances,” he writes. “Identifying those who are most at risk is a critical first step for pursuing equity in dementia science.”

Naseem S. Miller joined The Journalist’s Resource in 2021 after working as a health reporter in newspapers and medical trade publications, covering a wide range of topics from correctional health care to clinical trials. She has an undergraduate degree in molecular and microbiology and a master’s degree in multimedia journalism.

Naseem S. Miller
Follow
She joined The Journalist’s Resource in 2021 after working as a health reporter in newspapers and medical trade publications, covering a wide range of topics from correctional health care to clinical trials. She has an undergraduate degree in molecular and microbiology and a master’s degree in multimedia journalism. @NaseemMiller
SHARE
Friends Read FreeCopyFacebookTweet
You May Also Like