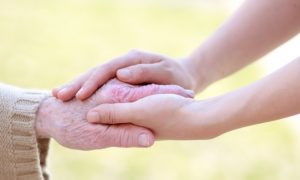 The risk of developing dementia doubles every five years after age 65, until by age 85, almost 50 percent of North Americans suffer some degree of dementia. Finnish researchers showed that they were able to slow the onset of dementia in people at high risk with a program that included:

The study group contained 1,260 people, aged 60–77, who were at high risk for dementia because they had average or below-average memory scores and high heart-attack-risk factors.

Half of the group participated in the intervention program for two years, while half served as the control group. After two years, the intervention group had a 150 percent greater ability to process new information and an 83 percent greater improvement in cognitive function, compared to the control group. However, memory had not improved in either group.

Other studies have shown that factors that predict increased risk for heart attacks are also good predictors of risk for dementia.

All of the steps you can take to reduce risk for a heart attack can also help to prevent dementia:

Gabe Mirkin, M.D., has been a practicing physician for over 50 years. He is board-certified in sports medicine, allergy and immunology, pediatrics, and pediatric immunology. This article was originally published on DrMirkin.com. Subscribe to its free weekly Fitness & Health newsletter.