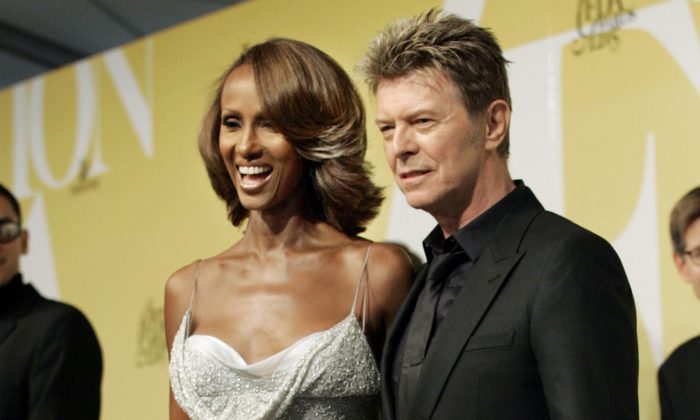 Iman Abdulmajid, wife of David Bowie, shared with the world some emotional thoughts in the final days leading up to her husband’s death.

Married to Bowie for 23 years, Iman posted a series of pictures, quotes, and captions reflecting on the rock star’s stardom, life, and legacy.

Out of the many posts she tweeted, she posted this one before the death of Bowie and it really hit home hard. This one, like many others, was captioned with a single “Rise.”

Iman’s recent social media posts were actually celebrating Bowie’s 69th birthday, but now in hindsight, it may have been more than just that.

#Repost @misskarenelson with @repostapp. ・・・ Happy Birthday to the man who fell to earth. Forever Bowie

This ’80s photo shows David Bowie during the new wave and pop era appearing on stage with Tina Turner. The captions says: “i will love you til i die, i will see you in the sky #tonight’ happy birthday mr. bowie.”

#Repost @sartorialgirl with @repostapp.・・・”i will love you til i die, i will see you in the sky #tonight” happy birthday mr. bowie 🎈

On Jan. 10, just two days after his 69th birthday, Bowie passed away due to liver cancer in his Manhattan home. It was revealed that Bowie had battled cancer for 18 months, but never revealed it to the public or even to close friends.