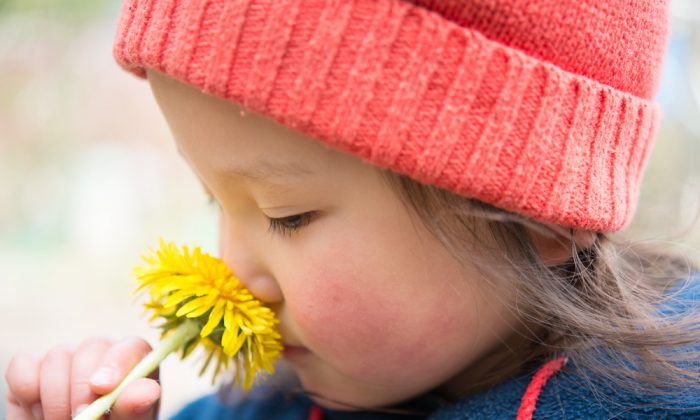 A so-called “weed” growing right in your front and back yards could hold the key to being the most effective cancer-fighting compound in the world.

Previous research, as well as recent research from the University of Windsor in Canada, has found that dandelion root may be especially effective in treating and defeating cancer, and much more so than immune system-destroying chemotherapy.

As noted by the university in a press release, researchers are so sure that they have finally developed the correct dosage of the extract, that they are preparing clinical trials using a specially formulated dandelion tea.

Research director and biochemist Dr. Siyaram Pandey, Ph.D., of the University of Windsor, along with his fellow researchers, have shown successfully in the lab how the dandelion root extract causes cancer cells to go through apoptosis, or cell suicide, while leaving healthy cells intact.

“This is fantastic news,” Pandey said. “We’ve been waiting for this announcement for a long time and now it is real.”

The February 2015 announcement has special meaning for a project that was dedicated to the memory of Kevin Couvillon, who lost a three-year battle with acute myeloid leukemia in November 2010, the university said.

The following year, his parents, Dave and Donna Couvillon, made a large contribution to Dr. Pandey’s research on natural extracts and potential cancer treatments.

“We strongly feel that Kevin would want us to continue to fight against cancer so that others would be spared such a cruel fate,” said Donna Couvillon. “Natural medicine allows one’s own immune system to be part of healing process and we wholeheartedly support this endeavour and the excellent research done by this team.”

The dandelion root formula in use in the Pandey lab is about five times more concentrated than the extract that can be purchased over the counter.

The dandelion root formula in use in the Pandey lab is about five times more concentrated than the extract that can be purchased over the counter and has been proven to kill leukemia, melanoma and pancreatic cancer cells in lab mice.

Caroline Hamm, an oncologist at the Windsor Regional Cancer Center, made an application to Health Canada in 2012 to proceed to human clinical trials.

“This is huge, such a big accomplishment,” says Dave Couvillon. “To see it happening is the first step and now we need to keep our fingers crossed that they get the right kind of results and we’re confident they will.”

The website Healthy Solutions reported last month that the trials found that cancer cells were destroyed within 48 hours.

From the University of Windsor’s Dandelion Root Project website:

Since the commencement of this project, we have been able to successfully assess the effect of a simple water extract of dandelion root in various human cancer cell types, in the lab and we have observed its effectiveness against human T cell leukemia, chronic myelomonocytic leukemia, pancreatic and colon cancers, with no toxicity to non-cancer cells. Furthermore, these efficacy studies have been confirmed in animal models (mice) that have been transplanted with human colon cancer cells.

Clinical trials were opened to 30 patients, all of whom had already exhausted all other cancer treatment options.

As we have reported, dandelions have other health benefits as well:

The dandelion greens contain extremely important vitamins and minerals such as vitamin B6, thiamine, riboflavin, vitamin C, iron, calcium, potassium, folate, magnesium and manganese. They may contribute up to 535% of the suggested daily intake of vitamin K, not to mention over 110% of the recommended daily intake of vitamin A. It is believed that some of its flavonoids such as zeaxanthin and cryptoxanthin have specific healing properties. Zeaxanthin seems to provide protection for the retina when confronted by the sun’s UV rays, while cryptoxanthin can potentially defend the body against the development of mouth and lung cancer cells.

If you’re interested in making your own dandelion tea, here is a great recipe from Natural News Blogs.