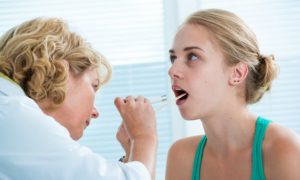 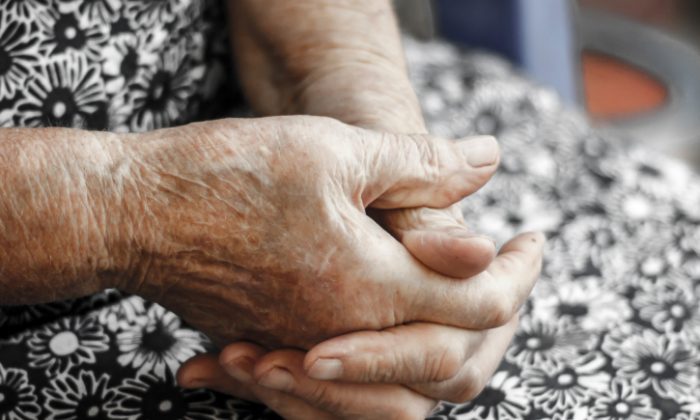 The state of your mind has more to do with your health than you might think. In fact, it’s capable of influencing not only your mood but also your physical health, including that of your brain.

Negative emotions are particularly damaging, of course, and these run the gamut from depression and anxiety to pessimism and, according to the latest research, cynicism.

If you have a deep mistrust of others, such that you often suspect others of cheating, taking unfair advantages, lying, or simply being untrustworthy, you might be at an increased risk of dementia.

Older people with high levels of cynical distrust had a more than 2.5 times greater risk of developing dementia than those with low levels.1 Cynical distrust is described as believing that most people are self-interested and out for themselves as opposed to looking out for the community and others.

Some experts describe it as a form of chronic anger.2 The finding adds to growing research showing that negative emotions, and cynicism in particular, may lead to poor health. It’s dangerous in a number of ways.

For instance, cynical people are more likely to smoke and gain excess weight, and less likely to exercise. They also struggle more with stress and have higher levels of chronic inflammation, which is linked to chronic diseases including dementia. For instance, research has shown:

How Do Negative Emotions Harm Your Health?

It’s now undeniable that your emotional health engages in a continuous, intricate dance with your physical health, such that it is virtually impossible to untangle the two. As noted by Dr. Stephen Sinatra:

“Suppressed anger, rage, loss of vital connection (heartbreak), and emotional isolation and lack of intimacy with others are all ‘hidden’ emotional risk factors that can contribute to the development of heart disease.

Many cardiologists fail to recognize these psycho-emotional factors which often underlie other commonly recognized risk factors such as excessive smoking, inappropriate diet, and even high blood pressure and cholesterol levels.”

Negative emotions like anger and hostility trigger a cascade of physical reactions that extend throughout your body, including increases in heart rate, arterial tension, and blood pressure. Together, these could prompt changes in blood flow that encourage blood clots as well as trigger inflammation.

According to one study, when a person is angry, their risk of heart attack increases by nearly five-fold and their risk of stroke goes up more than three-fold in the two hours following an angry outburst (compared to when they are not angry). The risk was even greater among those who had a history of heart problems.8

Your emotions can actually trigger your genes to either express health or disease… and if you’re chronically cynical, angry, or prone to uncontrolled outbursts you could be inadvertently sabotaging your health. This is why I highly recommend you work on overcoming your emotional barriers, whether they’re based on life’s anxiety-factors or more deep-seated emotional traumas that may have left you “angry at the world.”

The Power of Your Mind for Health and Healing

The feeling of happiness – whether you equate it with optimism, joy, well-being, personal achievement, or all of the above – goes hand-in-hand with healthier habits. People who are in good spirits tend to eat better, exercise more frequently, and get better sleep than those who are not, whereas those who are cynical or angry tend to eat poorly, drink excess alcohol, smoke, and not exercise.

It could also be that such healthy habits among happy people lead to better health, which in turn lends itself to a better mood and happiness. Positive thoughts and attitudes are also able to prompt changes in your body that strengthen your immune system, boost positive emotions, decrease pain and chronic disease, and provide stress relief.

One study found, for instance, that happiness, optimism, life satisfaction, and other positive psychological attributes are associated with a lower risk of heart disease.9

In short, whereas hostility raises your risk of heart problems and chronic disease, happiness lowers it. It’s even been scientifically shown that happiness can alter your genes! A team of researchers at UCLA showed that people with a deep sense of happiness and well-being had lower levels of inflammatory gene expression and stronger antiviral and antibody responses.10

This falls into the realm of epigenetics— factors beyond the control of the genes, such as lifestyle choices, nutrition, and mind set, that change the way your genes function by turning them off and on, which your emotions can do for better or for worse. Past research has even found that positive emotions – including being happy, lively, and calm — appear to play a role in immune function. One study found that when happy people are exposed to cold and flu viruses, they’re less likely to get sick and, if they do, exhibit fewer symptoms.11

The association held true regardless of the participants’ levels of self-esteem, purpose, extraversion, age, education, body mass, or pre-study immunity to the virus, leading the lead researcher to say:12 “We need to take more seriously the possibility that positive emotional style is a major player in disease risk.”

Are You a Natural Cynic? You Can Learn to Overcome It

Some people are naturally more positive than others, but this does not mean you’re stuck with a hostile or angry attitude. If you know your attitude trends toward the negative, please realize that you can actively work toward becoming more positive. Not only will this benefit your health, but you’ll certainly find more joy in your life as well.

It’s not as hard as you might think, as day-to-day habits that you have full control over can make or break your happiness. Each of the happy habits below has been linked to a more positive emotional state. Trying to practice these in your own life is just one way to boost your own personal happiness (together they spell the acronym GREAT DREAM):13

Giving: do things for others
Relating: connect with people
Exercising: take care of your body
Appreciating: notice the world around
Trying out: keep learning new things
Direction: have goals to look forward to
Resilience: find ways to bounce back
Emotion: take a positive approach
Acceptance: be comfortable with who you are
Meaning: be part of something bigger

Those who are happy tend to follow a certain set of habits that create peace in their lives. If you learn to apply these habits in your own life, there’s a good chance you’ll become more positive, too:

The Inverse Paranoid Principle: How to Change From Being Cynical to Optimistic

If you’re cynical and have a hard time trusting in the good around you, try applying the inverse paranoid principle, as taught by W. Clement Stone. It has been one of my guiding principles for many years to help address life’s challenges. Admittedly, it isn’t always easy, but the benefits are profound. Unlike a conventional paranoid who believes the world is out to get him, an inverse paranoid believes the opposite: that every awful tragedy that befalls you ultimately is for some purpose that will benefit you far more than you can possibly imagine, even if you are unable to see it at the time.

Applying this principal can help you to get through even challenging times while maintaining a brighter outlook, and can help you turn a cynical attitude into an optimistic one. Beyond this, I recommend using energy psychology techniques such as the Emotional Freedom Technique (EFT) to help clear negative emotions.

EFT can reprogram your body’s reactions to the unavoidable stressors of everyday life by stimulating different energy meridian points in your body. It’s done by tapping on specific key locations with your fingertips while custom-made verbal affirmations are said repeatedly. This can be done alone or under the supervision of a qualified therapist (seeking the help of a licensed EFT therapist is particularly recommended if you’re dealing with trauma-based stress, grief following the loss of a loved one or severe anger). There are also many other stress-management strategies you can employ to help you address your stress and other negativity on an ongoing, daily basis, including:

Republished with permission from Mercola.com. Read the original. Dr. Mercola’s mission is to educate and provide simple inexpensive tools to help limit or avoid expensive and potentially dangerous drugs and surgery. A New York Times Best Selling Author, Dr. Mercola was also voted an Ultimate Wellness Game Changer by the Huffington Post, and has been featured in TIME magazine, LA Times, CNN, Fox News, ABC News, and the Today Show.