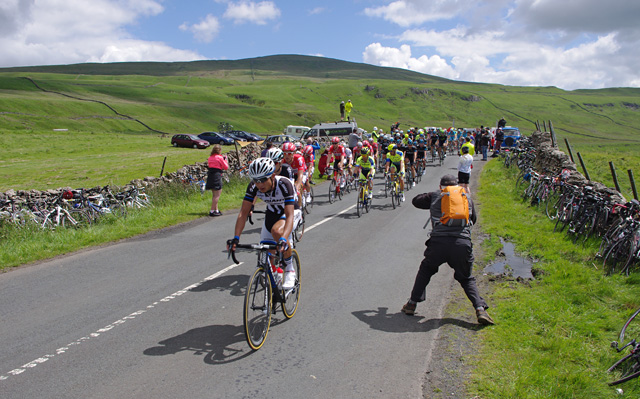 The 2014 Tour De France is underway. Hundreds of elite cyclists are racing through the picturesque mountains of France in an amazing feat of endurance. Although I am not a big cycling fan, I am a huge fan of acupuncture! So, I was thrilled to learn that super star cyclist Alberto Contador is using acupuncture to help him with his knee pain during the race. He injured his knee early in the race and uses acupuncture to combat the pain and inflammation. I also learned that Tyler Hamilton, who is now retired, also used acupuncture during the 2004 Tour.

Alberto Contador (Saxo Bank-SunGard) is using acupuncture to treat his injured [right] knee. He hurt it twice in the opening stages of the Tour de France, first as part of his two crashes in stage five to Cap Fréhel and again on Sunday’s stage to Saint Flour.

“The inflammation is bad,” he said yesterday. “To help take care of it I am using acupuncture.”

Back in 2004 Tyler Hamilton received acupuncture after a bike accident during the race injured his back and shoulder.

From the associated press during the 2004 Tour De France: Acupuncture Helped Rider with Back Pain in the Tour de France Race

“Just a week into this year’s race, Hamilton flew off his bike again, hurting his back and shoulder in another big spill.”

“I was involved in the crash three days ago and hurt my back pretty badly,” Hamilton said. He has been receiving treatment since. “I just finished doing some acupuncture on my back.”

Side note: I read Tyler Hamilton’s book ‘The Secret Race’ (written with Daniel Coyle) while on vacation and really enjoyed it.