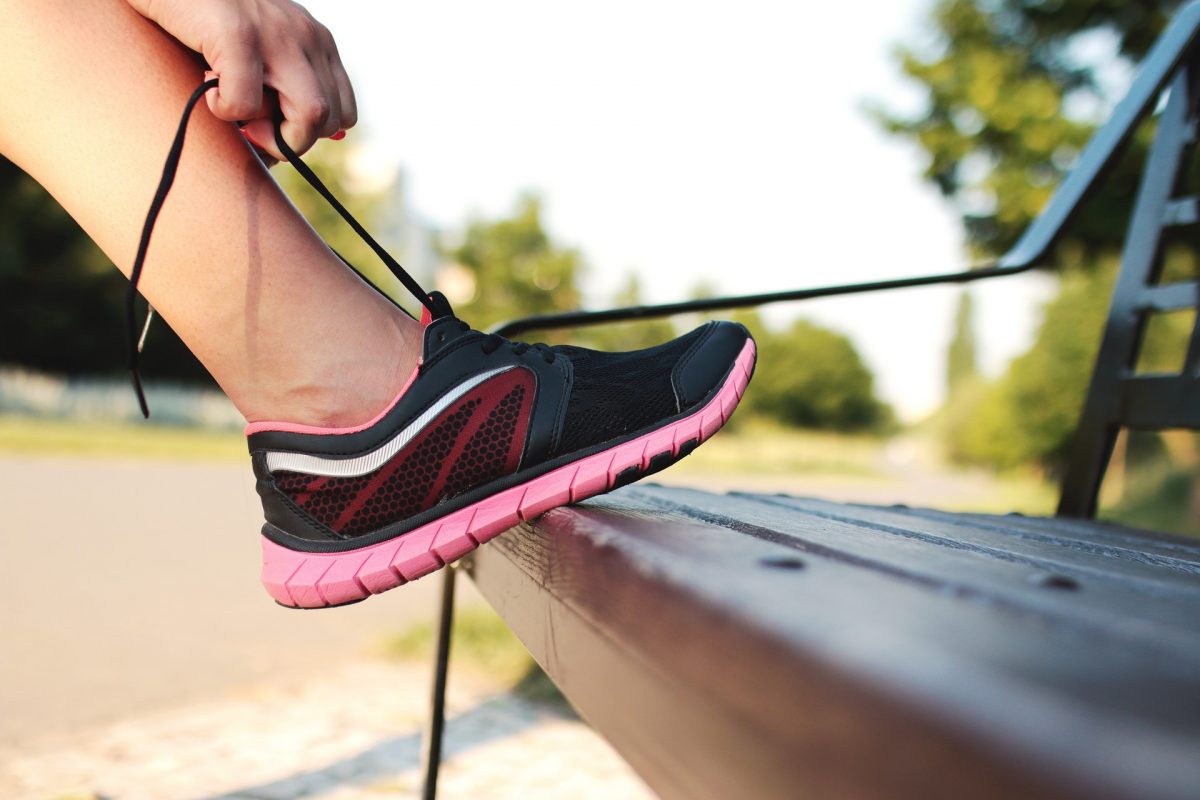 BY University at Buffalo TIMEJanuary 28, 2022 PRINT

Although these shoes are increasingly popular because they provide comfort and a high degree of shock absorbing protection, those benefits were thought to come at the expense of increased overall leg stiffness, which alters a runner’s normal stride and could increase muscle fatigue.

Plenty of research suggests just such a result when running on a compliant surface, like a synthetic rubber track, but no one had actually tested how the cushioned midsole of a running shoe affects overall leg stiffness. Until now.

“Our results show that runners do not need to worry about the amount of cushioning,” says Nicholas Holowka, an assistant professor of anthropology at the University at Buffalo and first author of the study in the Journal of Biomechanics. “That element of shoe design is not interrupting your normal running style in any significant or meaningful way.”

Leg stiffness can be compared to a spring’s tension. If the leg alone were modeled as a single spring, that coil would have one level of stiffness. The leg, however, is made up of many muscles that control degrees of stiffness. When running on cushioned surfaces, leg stiffness increases, but that’s not the case when running in heavily cushioned shoes.

“There is an assumed optimal leg stiffness for runners, but if you increase your leg stiffness above that point you’d be using more muscles to stiffen that leg spring, which means more energy and fatigue over long distance,” says Holowka, an expert on the biomechanics of walking and running.

“We were interested in the idea that when people run on surfaces that are elastic, with a certain amount of compliance, they subconsciously change the stiffness of their leg to maintain an optimal stiffness. Was this the same when it came to the cushioning of their shoes?”

At a glance, the absence of research on midsole running shoe thickness and running style seems surprising, but Holowka says the problem is more complicated than it appears.

“It’s very hard to account for all of the factors in such a way that allows you to isolate specifically on the stiffness of the footwear itself,” he says. “If you try to compare different shoes, then you have design differences, like heel height or arch support, which makes it difficult if not impossible to look at the effects of the shoe’s cushioning. Our study was geared at looking at this one variable.”

And to do that, Holowka’s team custom created sandals for the study.

The researchers enrolled 20 experienced runners and measured them in four different conditions: barefoot and sandals made from three different materials. The first sandals were a commercially available model inspired by the footwear of the Tarahumara, an Indigenous population living in Mexico who have developed a tradition of long-distance running. These sandals, made from the common shoe cushioning material ethylene-vinyl acetate foam (EVA), served as molds for two other similar designs with different degrees of cushioning.

Participants ran on treadmills that measured the forces the body was putting against the ground. The researchers also measured their motions through a specialized camera system. The data contributed to a model of the leg as a linear spring, which allowed the researchers to calculate leg stiffness under the different conditions.

“We went into this with the hypothesis that the cushioning might change leg stiffness, but that just wasn’t supported,” says Holowka. “The results show that your running style is still natural even when running in these heavily cushioned shoes.

“Our findings tell us something that was previously unknown about shoe design, essentially the extent to which shoe cushioning influences normal running style.”

And that’s important information for runners who prefer heavily cushioned shoes, but are concerned about how those shoes affect running style, Holowka says. “You can have that cushioning if you like it and still run with normal natural leg stiffness.”

Additional coauthors are from Harvard University and Yale University.

This article was originally published by University at Buffalo. Republished via Futurity.org under Creative Commons License 4.0.