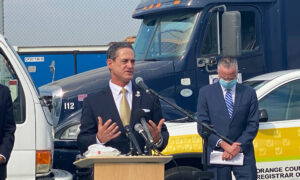 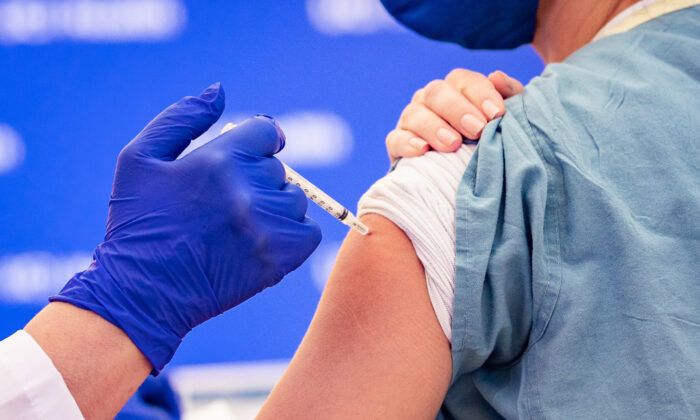 People may be required to get a COVID-19 vaccine and show proof—via a vaccine passport—of their injection in order to travel and do other activities, with more institutions and governments pushing for mandatory vaccines, or at least, implementing punitive measures to make it difficult to avoid getting one.

Several countries and companies have begun to or had already developed systems or apps that would allow people to show verification of their vaccine or test results.

The Danish Health Ministry recently announced that the country was “developing a digital ‘vaccine passport’ for people who have received a COVID-19 vaccine” to allow travel between countries that require proof of vaccination, according to Reuters.

Dr. Anthony Fauci, Director of the National Institutes of Allergy and Infectious Disease, said in an interview with Newsweek that he was certain that the COVID-19 vaccine would be made mandatory by some organizations and required for traveling overseas.

Fauci, who will be President-elect Joe Biden’s chief medical advisor, also said “Everything will be on the table for discussion” regarding discussions on vaccine passports and mandating vaccinations.

Last month, New York became the first state to introduce a bill requiring the vaccine to be administered to every New Yorker, unless medically exempted, if the state’s vaccination efforts didn’t achieve “sufficient immunity from COVID-19.”

While a different bill, Assembly Bill A416, introduced on Jan. 6, gives the government the authority to remove and detain any persons deemed “potentially dangerous to the public health” if the New York “governor declares a state of health emergency due to an epidemic of any communicable disease.”

Both bills were proposed by Democrat assemblypersons.

Nonprofits such as the World Economic Forum and The Commons Project Foundation—through the Common Trust Network project—have already rolled out their global health passport, called the Common Pass, through their partnerships with major airlines like United Airlines, JetBlue, and Cathay Pacific Airlines, according to a news release.

The Airports Council International World that represents about 2,000 airports across the globe has also partnered with the Common Trust Network.

While the International Air Transport Association—a global trade association representing 296 carriers—has developed their own mobile app, Travel Pass, to “help travelers easily and securely manage their travel in line with any government requirements for COVID-19 testing or vaccine information.”

Australian Airliner Qantas will require passengers to show proof that they’ve had the COVID-19 vaccine.

In response to the growing COVID-19 vaccine mandates, physicians at America’s Frontline Doctors (AFLDS) have initiated an online petition called Stop Medical Discrimination “to prevent people from being intimidated or pressured” and discriminated against for choosing not to participate in taking an “experimental” COVID-19 vaccine.

We will deliver this petition and its signatures to any Government Agency, State Government or private businesses or schools attempting to force expermiential vaccines onto the public.https://t.co/6cx2dxuXnt

The petition has garnered more than 83,000 signatures so far.

“Mandates for experimental medical therapies are neither permissible nor advisable. Ordinary Americans should not be compelled to sign up for a ‘vaccine passport’ or similar mandate just to travel on an airplane or see a concert with friends,” the petition states. “The potential for third-party abuse of private health information and real medical risk to individuals remains much too high.”

Dr. Simone Gold, an emergency room doctor and founder of AFLDS, says that the petition is not about being anti-vaccine, but more about trying to stop the “infringement on civil liberties and freedom.”

“I always need to say that I have been fully vaccinated. As a board-certified emergency physician, it was required of me. This is not an ideological problem I have with vaccines,” Gold says in a podcast interview. “This is an abridgment of our civil liberties.”

Gold says that she empathizes with people who want life to get back to normal and have been told that the vaccine is the answer. Yet data on vaccine safety and efficacy is still unknown as the phase 3 vaccine trials have not concluded.

Gold says the vaccines given to tens of millions of people around the world are still in an experimental phase.

The Pfizer/BioNTech COVID-19 vaccine trial listed on clinicaltrials.gov has July 30, 2021, as its “final data collection date for primary outcome measure” but the study will not conclude until January 2023.

While Moderna’s vaccine trial will not end until October 2022.

Furthermore, the Pfizer/BioNTech and Moderna vaccines have only been granted an emergency usage authorization and are not FDA approved, meaning the federal agency cannot guarantee “that data on the drug’s effects have been reviewed by CDER [Center for Drug Evaluation and Research], and the drug is determined to provide benefits that outweigh its known and potential risks for the intended population.”

The petition will be presented to governments and businesses to allow the voices of people who do not want to be forced to take the COVID-19 vaccine to be heard as “all people deserve medical privacy and equality.”